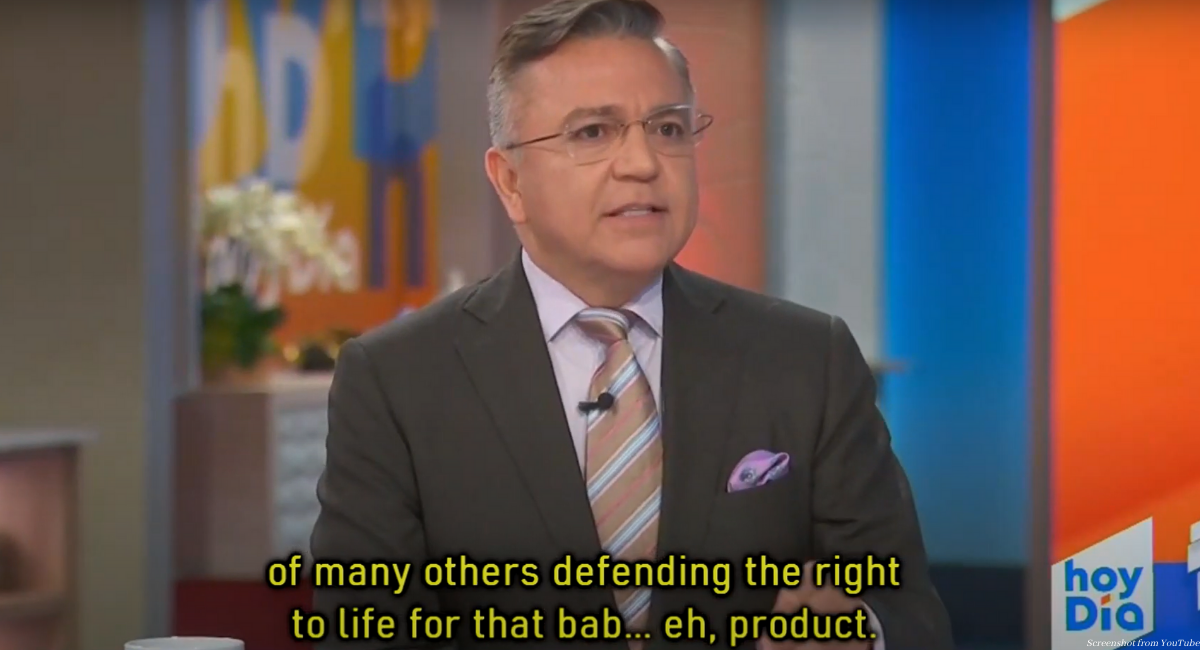 The Supreme Court recently heard oral arguments regarding a lawsuit over the Texas Heartbeat Act, which restricts abortion after a preborn child’s heartbeat can be detected — usually at six weeks gestation. The case has garnered immense media attention and was recently discussed on the Spanish-language network Telemundo, which airs throughout the United States. Yet the story has garnered an unusual amount of attention due to an interesting slip of the tongue by one of the network’s journalists.

“Hoy Día,” a Telemundo morning program, featured a discussion of the Texas law with anchors Nicole Suárez and Nacho Lozano, who interviewed journalist Martin Berlanga. The three showed their disapproval of the Texas Heartbeat Act, framing the law as “restrictive” — and referred to a preborn child as a “product.”

NICOLE SUAREZ: All eyes are on the Supreme Court, which on Monday is going to review the controversial Texas abortion law.

NACHO LOZANO: We are two months away from its enforcement. The restrictive measure represents a challenge to women’s reproductive rights set out in the constitution. Martin Berlanga is with us at the main table and will explain what is at stake today.

MARTIN BERLANGA: There are many things at stake, especially the right to decide for your body, in the case of many women, but also the right of many others defending the right to life for that bab… eh, product.

Whether defined as a preborn child, a fetus, or an embryo, this living human being’s heart begins beating just three weeks after fertilization. It is at that time that the circulatory system has formed and is functioning, with a working heart pumping blood. This is necessary for the child to grow and thrive — which is precisely why the circulatory system is the first to form.

Abortion is much more difficult to justify when the humanity of preborn children is accepted. This is why abortion advocates work so hard to avoid acknowledging what human embryos and fetuses really are — human beings — and instead, fall back on dehumanizing terms.