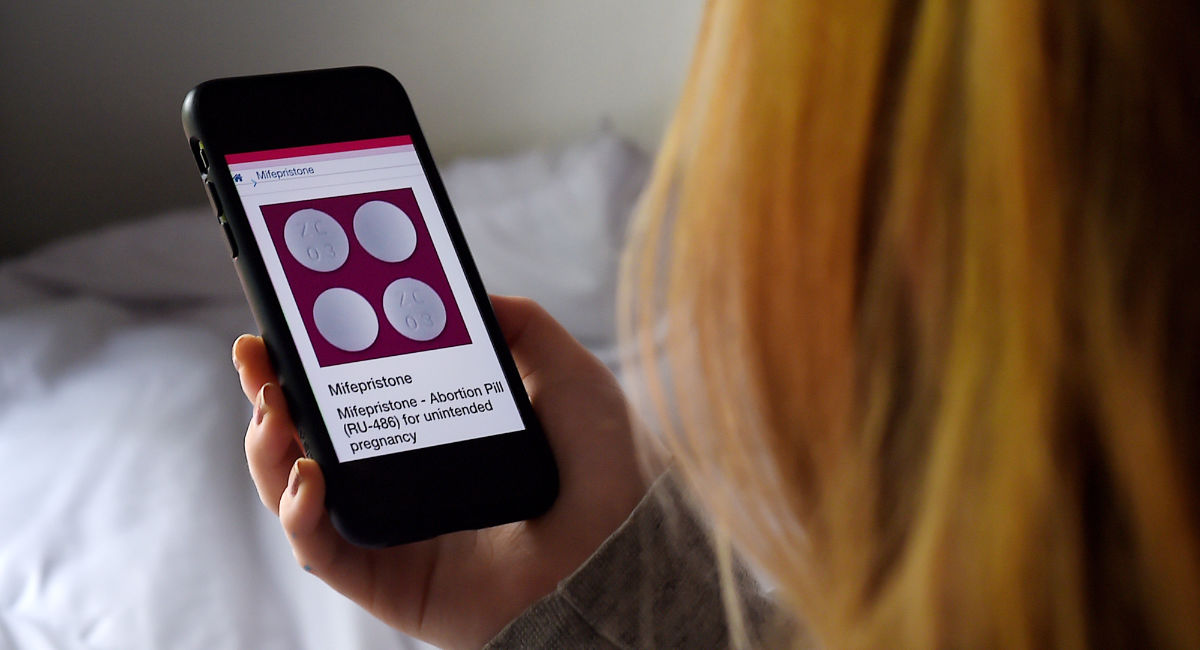 A reproductive health care business previously focused on contraception, STI treatments, and infections is now expanding to include abortion. Their business model, however, is entirely online, meaning women will be undergoing telemedicine abortions with the abortion pills shipped to their homes.

Wisp is a digital health care organization in which patients undergo online consultations, and any medicine or treatments needed are shipped discreetly to the patient’s home. Now, however, Wisp is adding abortion as a healthcare option. Using telemedicine, women will undergo chemical abortions at home, without ever seeing a doctor in person.

According to the Wisp website, the process begins with a questionnaire, and women have an online consultation with one of the Wisp providers. Then, Wisp mails the abortion pills to the woman requesting them. It requires the recipient to be at least 18 years old and less than 10 weeks pregnant — but it is less clear as to how Wisp determines the person is not actually a minor, that she is a woman requesting the pills for herself, or that she is not beyond 10 weeks pregnant.

At the moment, Wisp only ships the abortion pills to women in California — however, it soon plans to expand to Illinois, New York, and Colorado, according to Yahoo! Finance. “At Wisp, our mission has always been to offer fast, effective, and affordable services to meet patients where and when they need it most,” Ahmad Bani, CEO of Wisp, told Yahoo!. “We believe abortion is a critical aspect of healthcare, and we are committed to providing this as an option for our patients, in the states where it is legal, so that they can take ownership of this aspect of their health with privacy and respect.”

Though the abortion industry paints telemedicine abortion as normal, reasonable, and safe, it comes with many risks. Under the “no-test” protocol initially promoted by abortionist Daniel Grossman, a woman looking to undergo an at-home chemical abortion will do so without receiving a blood test or ultrasound first. This means it is nearly impossible to accurately determine her true gestational age, whether she has an extrauterine pregnancy, or has any contraindications to the abortion pill.

One of the risks women face is ectopic pregnancy, which is life-threatening for women and cannot be ruled out without undergoing an ultrasound first. Even without this potential complication, or others, one study has found the abortion pill to be four times more dangerous than a first-trimester surgical abortion. Without an ultrasound, a woman cannot undergo proper gestational dating, so if she is wrong about how far along she is, it can have serious consequences. The abortion pill is not meant to be taken past 10 weeks of pregnancy; doing so led to the recent deaths of two women in the United Kingdom, as well the death of a 28-week preborn child due to an unsupervised chemical abortion. Numerous other women, per a leaked NHS e-mail, had serious complications.

Telemedicine abortion also opens women up to possible abuse; with nothing but a short video conference, it is impossible to know that the woman is requesting the pill for herself, or of her own volition. It makes it much easier for men to get their hands on abortion pills, which they can use to force a woman into abortion — potentially without her ever knowing.

While the rise of at-home abortions is portrayed by the abortion industry as a victory for women, the people that benefit are those who profit financially from abortions — while the women they claim to serve are put at higher risk.