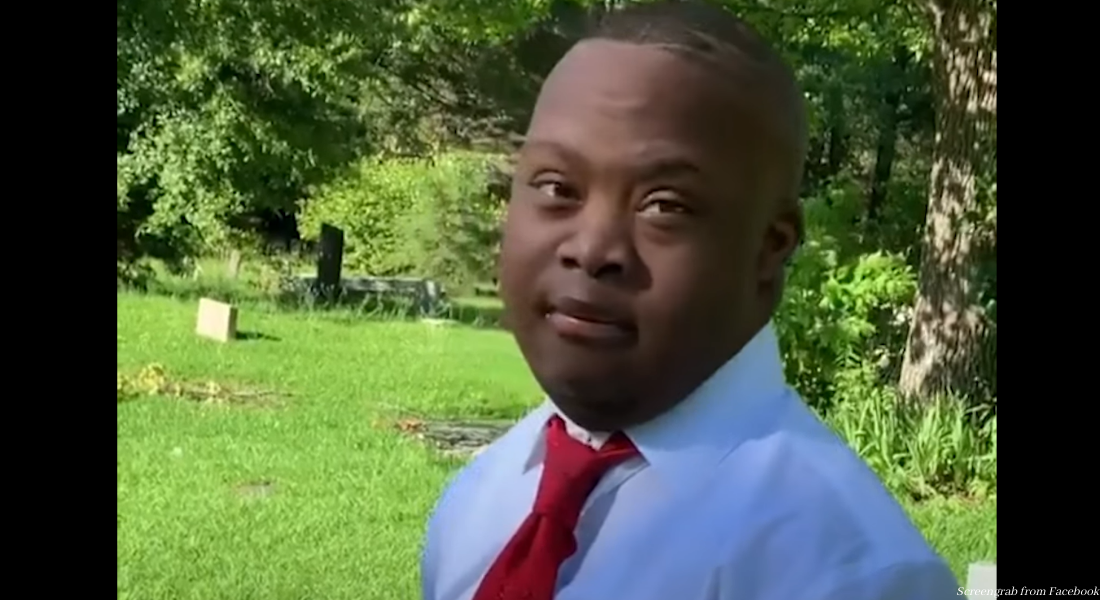 Paul Marshall Jr. is a teenager with Down syndrome whose mother, LaTonya, unfortunately passed away in 2010. Yet her memory remains alive for him, and he made sure to include her in a recent accomplishment. Marshall graduated from high school, but on the way to the ceremony, he made sure to stop and visit her grave in an emotional video that has captured the hearts of thousands.

Marshall was just nine years old when his mother died of cancer, and his father, Paul Sr., has been there for him ever since. “Paul Jr. was born with one functioning kidney and a defective heart,” Paul Sr. told KSLA, but added that his son is always there for the people he loves. “If you’re having a bad day, or going through something, Paul Jr. is the person you want to be around and talking to that day.”

READ: Over 35,000 people watch Down syndrome self-advocate marry her sweetheart

When it came time for his graduation, Paul Jr. knew he needed to include his mother. “A week before he said, ‘I want to go by mom’s grave and take some flowers’,” Paul Sr. recalled. So that was what they did, with Paul Jr. dressed up for the occasion while he carried flowers. In the now-viral video, Paul Jr. told his mom the one thing she had been praying for before she died.

It was a long road to graduation for the Marshall family. In addition to losing their beloved wife and mother, Paul Jr.’s health problems reached a peak a year before he graduated. Paul Jr. not only had to have his heart valve replaced, but he also went into kidney failure. Paul Sr. donated one of his own kidneys, and said that the hardships never dampened his son’s spirits. “We’ve learned how to endure,” he said. “Paul Jr. could be hospitalized for 5 days, and on the 6th day, he’s out and laughing.”

According to Paul Sr., LaTonya’s world was her son. “She always wanted the best for Paul Jr.,” he said. “Her last dying words were, ‘I just want to see Paul Jr. graduate’.” Not only did Paul Jr. graduated, but he’s now headed to Bossier Parish Community College, and danced his way across the football field for graduation. “I’m just happy when they called my name. I just made it up,” Paul Jr. told KSLA, but admitted, “I’ll miss high school and I’m very sad about it.”

Lamico, Paul Jr.’s stepmother, told KSLA how he has made a difference in her life. “He’s spiritually grown me,” she said. “He’s taught me how to be empathetic, sympathetic, and loved.”

And though his mom isn’t physically here, Paul Jr. knows she’s still with him. “God has my mom,” he said. “And my grandmother will take care of my mom.”