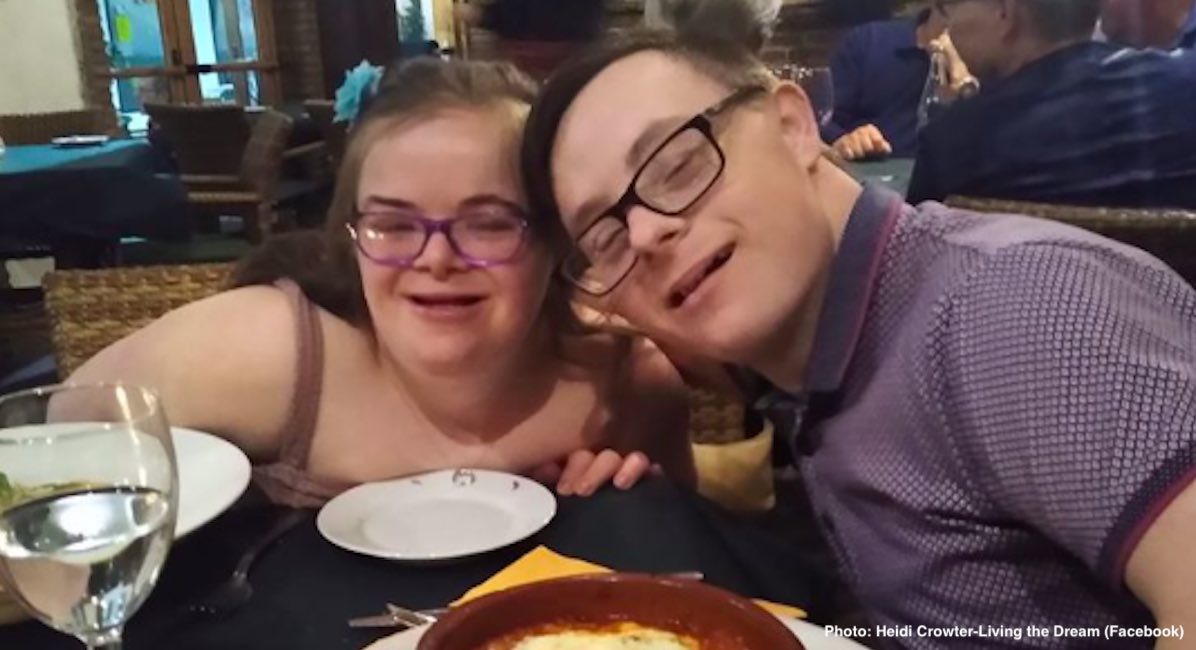 (Right to Life UK) Heidi Crowter, who has Down syndrome and is challenging the UK’s discriminatory abortion law, got married last weekend in one of the first post-lockdown weddings to take place since Government restrictions were lifted.

The 25-year-old was able to marry her partner James Carter, 26, at Hillfields Church, Coventry on Saturday 4 July – their original planned date. However, due to the current guidelines, they had to cut their guest list down from over 220 people to just 30. As a result, the ceremony was live streamed online, allowing the other 190 guests to watch the couple tie the knot.

The livestream was so popular over 1,000 people were watching at one point, while a recording of the ceremony has been watched by over 35,000 people.

Speaking to ITV News, Heidi proclaimed: “It was the best day of my life.”

Before the wedding on Saturday, Heidi and James had not seen each other in over three months, due to COVID-19 restrictions. “It was really upsetting that we hadn’t seen each other,” Heidi told the BBC. “It was like being in prison.” James has now relocated to Coventry, “to spend my life with Heidi”, and the newlyweds are enjoying a “staycation honeymoon”, with their plans to visit Italy on hold. The couple are planning a “big celebration” next year after having to swap their reception for a meal at the pub.

Earlier this year, Heidi Crowter launched a landmark case against the UK Government over current abortion legislation that singles out babies with disabilities, allowing abortion right through to birth for conditions including Down syndrome, cleft lip and club foot.

Heidi’s legal challenge has generated widespread support from those with first-hand experience of Down syndrome, pro-life campaigners, disability advocates and more.

Over 5,000,000 people have watched Heidi tell Channel 5 the current law is “deeply offensive” and many more have seen her tell the BBC’s Victoria Derbyshire programme that the current law makes her feel “unloved and unwanted”.

Heidi’s campaign has been shared tens of thousands of times on social media, with people adding #ImWithHeidi to their posts. She has now been joined in her legal fight against discriminatory disability-selective abortion by Máire Lea-Wilson, whose one-year-old son, Aidan, has Down syndrome.

Máire has said she was encouraged in hospital to abort Aidan when a scan at 34 weeks revealed he had the condition. Recalling her experience, she told Sky News: “I felt like the assumption was that we would abort our baby.” The mother of two added: “I have two sons and I love and value them equally and I think it seems really wrong that the law doesn’t value them equally.”

Heidi and Máire’s case is being presented by solicitor Paul Conrathe of Sinclairslaw, who has lodged papers at the High Court.