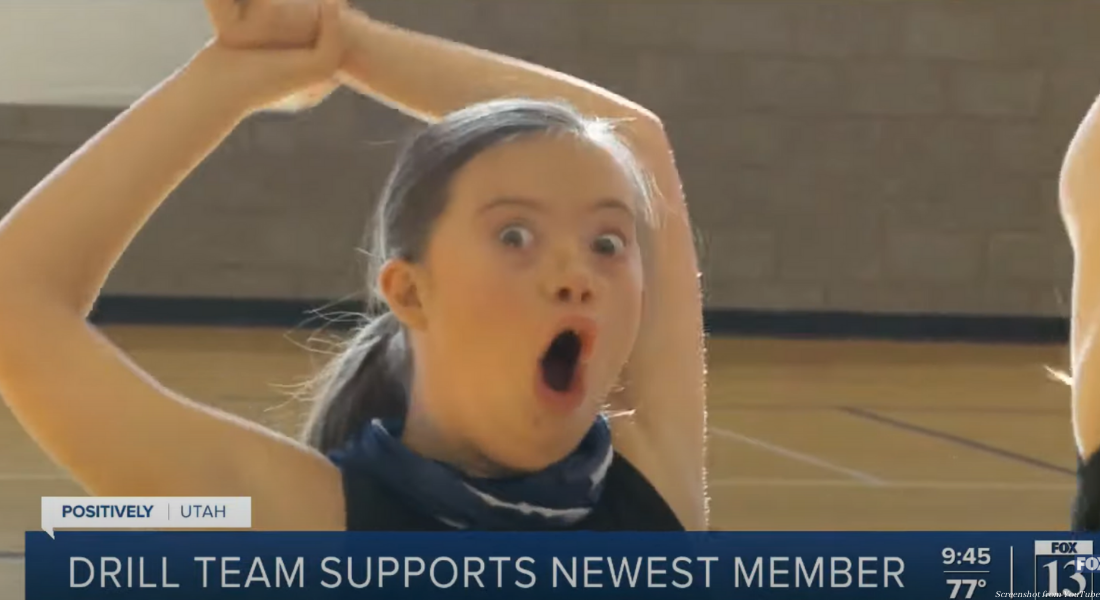 Bree Cox, a 14-year-old Utah teen with Down syndrome, could not contain her tears of joy when she broke the news to her dad: she had achieved her dream of making the high school dance team.

For Bree, dancing has been a dream ever since growing up and seeing her older sisters on the dance team. She has always hoped to one day dance at high school football games. According to her coach, Keylee Mundee, Bree earned her spot with perseverance and dedication, even practicing extensively at home with her sisters. “She worked hard. She got better every day and she got her goal,” Mundee said, according to Fox 13 Salt Lake City.

In her Instagram post, Bree’s mother, Kecia Cox, noted how special the moment truly was. “I honestly don’t think she has ever cried out of happiness before, she didn’t even know what to do.”

For Kecia, the moment was a significant milestone in her struggle to provide an equal chance for her daughter in a society that often excludes people with Down syndrome.

“She gets to do what she loves, and be accepted, and treated as an equal… We can’t really ask for anything else,” Kecia said according to People. “You fight for your kids with special needs every day, to some degree, because you’re their voice. So when these little victories happen, you’re like, ‘Okay, it’s worth it. They’re seen by somebody and they’re valued.'”

Stories like Bree’s reveal the horror and callousness of abortion activists’ argument that babies with disabilities “are better off aborted.” Bree joins people around the world with Down syndrome — like a Peruvian who ran for public office, a pro-life British campaigner set to appear before the High Court, and a registered Congressional lobbyist in the U.S. — who are shattering misperceptions and myths about what life with Down syndrome is like.