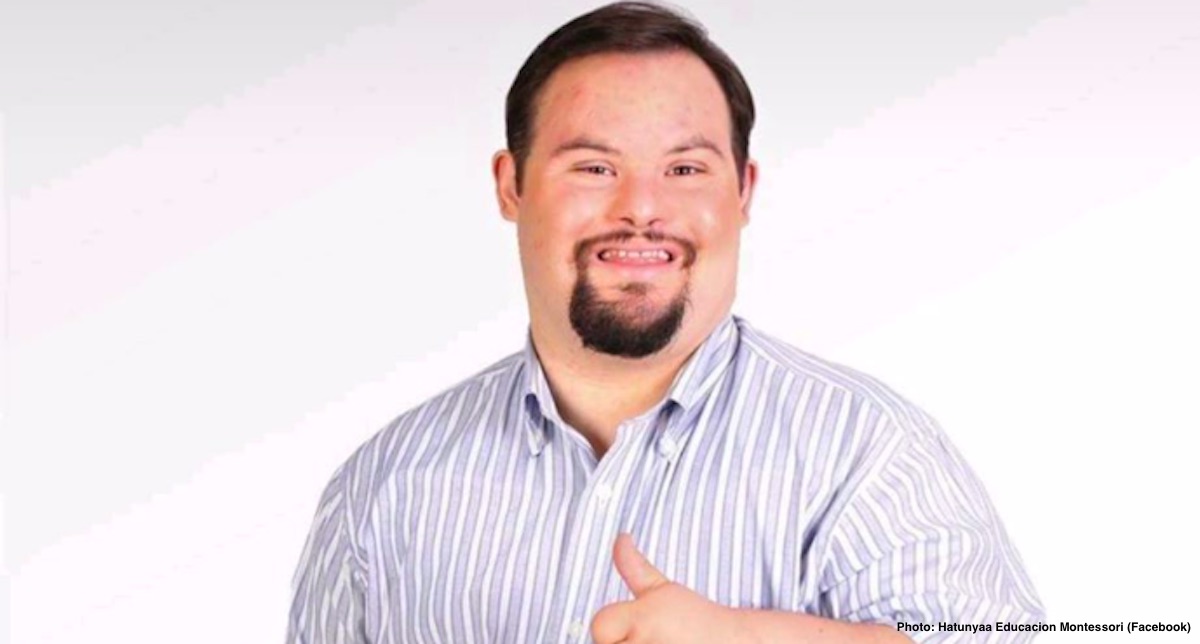 In an interview with the Associated Press, Russell explained that he wants to prove that people with Down syndrome can be independent, breaking the stereotype many people continue to hold. “I’m someone clean, honest, transparent,” he said. Russell, who studied communications at the Peruvian San Ignacio de Loyola University, is running as a candidate for Peru-Nacion, a center-right party. Yet he’s reaching out to people of all political leanings, including liberals, asking them to stand up for people like him. “I want people with my condition to have a voice,” he said.

While Russell’s campaign may be seen by some as a long shot, some Peruvians are already committed to voting for him. “He’s looking to do his best,” Carlos Maza said. “The ‘normal’ people try to steal from the country. That’s a very big difference.” “We have to give him a chance,” Elena Saavedra agreed.

As soon as last year, people with Down syndrome in Peru had very few freedoms. They needed a guardian in order to vote, marry, sign a work contract, get a credit card, or more. Those laws only just recently changed.

Down syndrome advocates are already cheering Russell’s candidacy. “We are thrilled that Bryan Russell is running for Congress in Peru,” Michelle Sie Whitten, president and CEO of the Global Down Syndrome Foundation, told the Associated Press. “As far as we know, he is the first professional who has Down syndrome running for a publicly elected office, and he is showing the world that we need diversity in all areas of society including in our governments.”

Around the world, people with Down syndrome are continuing to make a difference, proving they can accomplish anything if given the chance.