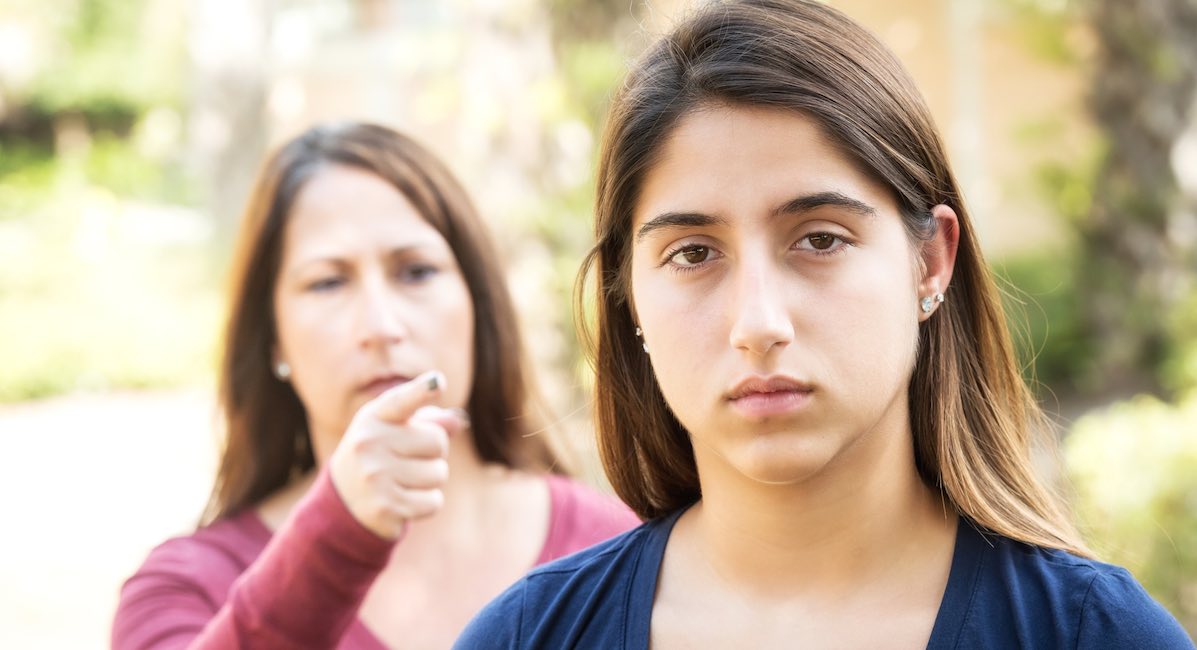 A book intended to help people hurt by abortion featured the story of Kay, who was coerced by her mother into an abortion at age 16. When Kay first learned she was pregnant, she wanted to abort. But then she spoke to a friend, who convinced her to choose life for her baby. Kay began to look forward to the birth of her child and adjust to the idea of being a mother. But when she told her own mother, the woman flew into a rage and demanded that Kay have an abortion. Kay says:

My resolve [to have the baby] quickly dissolved in the face of my mother’s wrath. She told me I was only thinking of myself – that I was being incredibly selfish. What about the baby? I was too young to be a mother. What about my schooling? I wouldn’t be able to get a decent job if I didn’t graduate from high school. What about college? I’d resent the baby if I had to give up my dreams. What about my career? I wouldn’t be able to support the baby and myself. What about our family? My family’s prominence in our small East Coast town would be ruined. When I protested, she threatened to kick me out of the house.1

READ: After two coerced abortions as a teen, Janet struggled with substance abuse and suicidal thoughts

Kay saw no way out. Fearing abandonment and homelessness, she agreed to an abortion. She has suffered emotionally for many years, and she is not alone. Live Action News has covered other stories of teenagers coerced into abortions by their parents. A former abortion worker wrote about this common phenomenon. Former abortion worker Tonya P wrote:

On the day of the appointment, you can usually tell the minor who does not want to be there just by their facial expression. Being upset and very emotional. When this is noticed, I’ll pull that patient to a private room to have a one-on-one talk with them without the parent being present, and sometimes the patient will say, “Yes, I am being forced to do this, and if I don’t, my parents will put me out or send me away.” And in other words, just turn their backs on them. You have parents who try to convince their child…

The parents will sometimes deny that they are trying to force their child to have an abortion because they put them in the spotlight, and I have heard a child making a comment saying, “Yes, you are, mama, I didn’t know that I was coming to an abortion clinic. I thought this was just a regular doctor’s appointment for my pregnancy.”

Other abortion workers who have attempted to take time to counsel women who did not want abortions and give them other options have been reprimanded by their employers.

Kermit Gosnell, who was convicted of murdering babies born alive after abortion, had his own way of helping parents who forced their teenage daughters into abortions. According to writers Ann McElhinney and Phelim McAleer, Gosnell employee Kareema Cross told investigators about Gosnell’s method:

She told detectives about minors who were brought to the clinic against their will by their mothers. If Gosnell sensed the girls might not want the abortion, he would give them a pill. After they had taken it, he would tell them that it was a poison, and that their child was already dead so there would be no turning back. In fact, Cross said, she saw many babies born alive after these mothers were induced.2

It is unfortunately all too common for minors to be coerced into abortions by their parents.