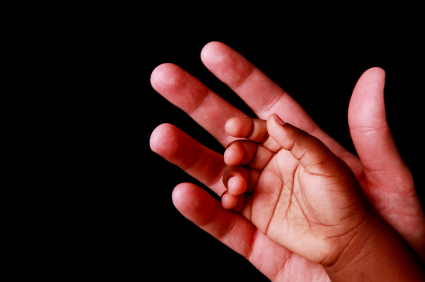 And Then There Were None is a pro-life group that reaches out to abortion workers, encouraging them to leave the abortion industry and helping them with financial and emotional support when they do. Sometimes these workers tell their stories. From their testimonies, we can learn a great deal about the abortion industry.

And Then There Were None sent out an email in which they shared the story of “Ellen” who worked at Planned Parenthood:

“Ellen” recalled her time working at Planned Parenthood. Like many others, she felt uncomfortable with her job there, but it paid the bills and offered the benefits she needed. She was hired on as a patient educator and was reprimanded for quietly giving patients information on adoption services and resource centers in the counseling rooms, because she was not pushing the sale of abortion onto women who weren’t sure what they were going to do. “It took a huge physical toll,” Ellen said. “I would always come home from work and cry.”

“Ellen” got in trouble for talking to women about adoption and mentioning pro-life pregnancy resource centers. As many other former Planned Parenthood workers have said, Planned Parenthood is financially invested in selling abortions. They try to sell abortions to as many women as possible.

I was told, “Why did you only do 25 procedures today? Why did you send this many women home?” Because I was the type of center manager that if a woman was unsure, she wasn’t getting the procedure done today under my watch. I was quick to give people a refund, or send women home and tell them, you know, to continue thinking about it…

When I sent women home because they’re unsure, or I could see in their faces and their answers, their responses to the counseling questions, they were just not certain about their decision – what was I expected to do? Was I expected to go out and just find women to have abortions? Or was I expected to just go ahead and let these women go through with a procedure? I believe they really wanted me to, of course, not go out on the streets and find women, but the women that were already there in the clinic were expected to have those procedures.

Planned Parenthood administrators got angry when “Kelli” told women about resources that could help them have their children, and when Annette sent ambivalent women home. Ellen J Reich, who interviewed former Planned Parenthood workers for her article in The American Feminist, says:

Planned Parenthood [had the] practice of never referring clients to crisis pregnancy centers, even if the woman had no interest in abortion. Dana, with Planned Parenthood in St. Louis, heard this message loud and clear. She worked in administration for four months and soon realized the “Resources” notebook was woefully out of date. When people called asking for help when they planned to keep their babies, Dana referred them to the Thrive Women’s Clinic across the street. When her boss heard her one day, she got “chewed out.” We don’t do that here,” she was told.(1)

Pregnancy resource centers inform women about programs in the community that can help them. They help women see that abortion is not the only option. Pregnancy center volunteers offer all kinds of support and help to women who decide against abortion.

Pro-life sidewalk counselor Vicky Kaseorg works with a pro-life group called Cities4Life, which is affiliated with a center. In her book, Kaseorg talks about convincing a woman outside an abortion facility to have her baby. After telling the story about the mother and baby who were saved from abortion, Kaseorg describes the services she and the other pro-lifers would offer the mother:

Cities4Life will now seek to provide, as needed, a place for the mother to stay, a baby shower that will cover the first two years of baby clothes and full assortment of things the baby will need, help getting to and from doctor’s appointments, and an incredible doctor who will deliver the baby free of charge. Some of the counselors have provided their own homes for mothers who choose life and have no place to stay. (2)

If Planned Parenthood cared about women and wanted to offer them real options, they would not deny women the chance to know about resources that could help them have their babies.

“Ellen” also says she was reprimanded for offering women information on adoption. Other former Planned Parenthood workers have also indicated that adoption is not one of the options presented at Planned Parenthood.

In a Live Action video, former Planned Parenthood worker Sue Thayer said that when she “counseled” pregnant women on their options, she would offer them a brown paper bag, which would be sitting on the desk. In that bag was a pamphlet that offered information on adoption and prenatal care. Thayer would offer the woman a chance to take the bag, but if the woman did not take the bag and read the pamphlet on her own initiative, there was no further mention of adoption or keeping the baby. In this way, Planned Parenthood was able to say that they offered information on all options, even though the only option workers really discussed with pregnant women was abortion.  Thayer says:

Planned Parenthood of Indiana made a statement about adoption in 2012 on their website. They said, “We’re proud to announce that since 2006… PPIN has paved the way for at least 12 successful adoptions.

Former Planned Parenthood worker Anna Runkle wrote a guidebook for pregnant women entitled, “In Good Conscience: A Practical, Emotional, and Spiritual Guide to Deciding Whether to Have an Abortion.” The book is meant to help a pregnant women decide whether to keep her baby, place her child for adoption, or have an abortion. But when Runkle mentions adoption as an option, she says:

Healthy white babies are usually easily adopted, but nonwhite and disabled babies can end up spending months or even years in foster care. For African-American babies especially, adoptive families are not always available.(3)

What Runkle says is untrue. There are couples waiting to adopt any baby, regardless of race. African American Adoptions, an adoption agency that works exclusively with African American couples and African American children,  has well over 100 couples who want to adopt African American babies. And this is just one small agency. Special Angels Adoption, a group that facilitates the adoptions of children with special needs, has multiple families for any birth mother to choose from.

The fact that Planned Parenthood does not advocate for adoption is undeniable. It does not see adoption as part of its mission.

This is backed up by some of Planned Parenthood’s internal records, going back several decades. The records indicate that Planned Parenthood has been reluctant to get involved with adoption for a very long time.

In the late 1980s, pro-life activist Robert Ruff was able to aquire some records from Planned Parenthood. These records had been discarded and he and other pro-lifers found them. Among notes about women’s conditions before and after abortions and financial statements was a survey of Planned Parenthood employees asking them about adoption. The survey asked workers, “Should Planned Parenthood get involved in facilitating adoptions?”

According to Ruff’s book, published in 1988, only 20% of the employees who responded to the survey thought adoption should be part of Planned Parenthood’s mission. Two typical replies from Planned Parenthood workers were:

Only as a referral. It might be very confusing to maintain a pro-choice stance when an agency also is invested in finding an infant to place.

I think we have to look very carefully at the issues involved. For our clients, we need to be sure that the information and services we provide are really in their best interest. A pregnant fifteen-year-old should not be seen as the ‘solution’ to an infertile couple’s problems. We need to be very careful not to cast women in the role of ‘baby producers’…

One of the workers who did think Planned Parenthood should help women place babies for adoption said:

We have historically presented adoption as an option in a most matter of fact way without presenting the whole picture. Of those patients who choose adoption, it only makes sense for us to be their means to an end.

Supporting the choice of adoption does not seem to have ever been part of Planned Parenthood’s mission. Women have not been given much information about options other than abortion. In addition, workers try to prevent pregnant women from going to pregnancy resource centers where they could find help with these alternatives.