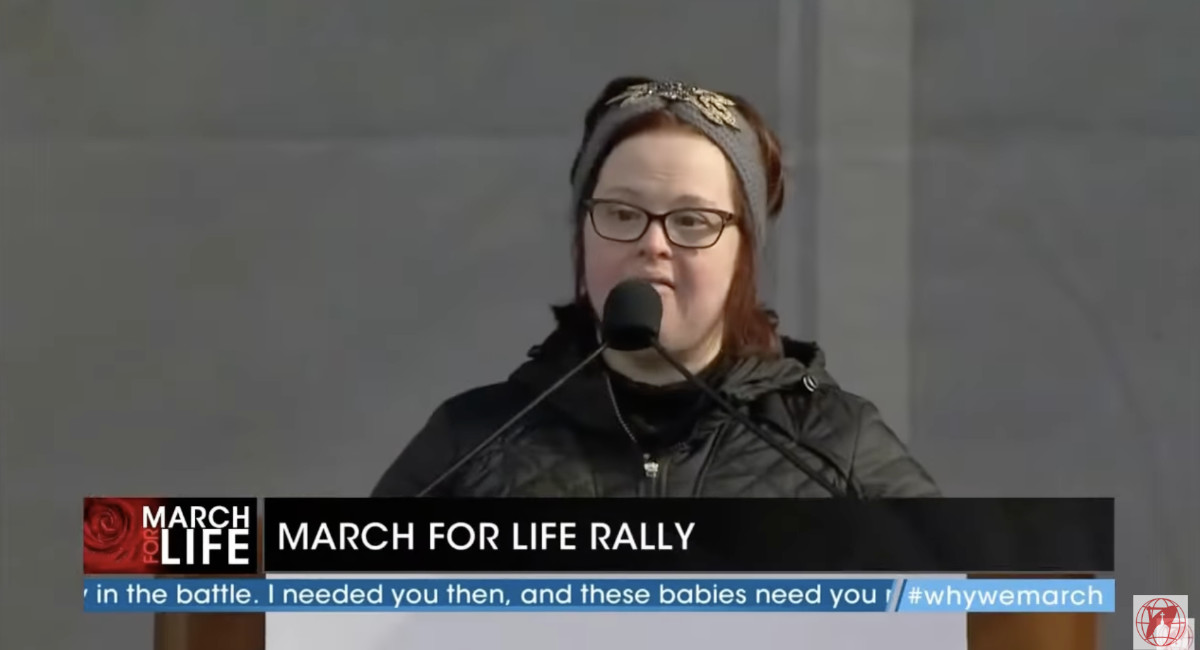 Down syndrome advocate Katie Shaw addressed an enthusiastic crowd of thousands in the National Mall on Friday for the rally portion of the 49th March for Life. In a moving testimony, Shaw centered her speech around this year’s theme, Equality Begins in the Womb. “I believe that equality for you, me, and everyone, started in the womb. It started the day of conception when God gave us our soul,” she said.

Shaw told the cheering crowd that’s she’s had a wonderful 36 years of life, thanks to her parents who never considered abortion even when they realized that their daughter would face medical challenges. She noted that her Down syndrome does not stop her from contributing to society by working full time, enjoying her family and friends, playing sports, and participating in a book club. She also fights for preborn children, and has even spoken with former President Trump at the White House.

READ: Over 35,000 people watch Down syndrome self-advocate marry her sweetheart

Shaw also advocated for adoption instead of abortion — something many parents may not consider.

According to Catholic News Agency, Shaw serves on the board of Down Syndrome Indiana, an organization that works to enhance the lives of those with Down syndrome. She also lobbies for pro-life legislation, telling EWTN in a previous interview that she wants to fight for unborn babies while helping their moms recognize that everyone can have a wonderful life.

Shaw ended her speech to a roar of applause as she quoted a Bible verse.

Friends, you and I have been given the chance to fight for equality in the womb, and by working together we can make the difference in the world. As we march today, let us remember Psalm 139. ‘You knit me together in my mother’s womb. I am fearfully and wonderfully made. Wonderful are your works, that I know full well. In your book were written all the days that were formed for me, when none of them had yet existed.’