It was in a rural town in Illinois in the late 1970s that Jennifer Milbourn nearly lost her life. Still tucked in her birth mother’s womb, she was about four months along — older than her mother had let on — when an abortionist attempted to carry out a D&C aspiration abortion on her.

Jennifer, however, was too big for the abortionist to complete the procedure.

“It was a vacuum aspiration procedure,” Jennifer told Live Action News, “which is the vacuum tube that will suck the baby out. My head was gestationally larger than the abortionist was expecting, which more than likely meant my birth mom had told them that she wasn’t as far along as she was. Basically, they started the procedure, [but] my head was too big to go into the tube. They stopped the procedure and said, ‘More than likely you’ll miscarry because there’s been a hole in the embryonic sac. Go home and you’ll just miscarry.’ But lo and behold, everything was fine.”

Jennifer survived the abortion attempt and lived to be born at full term — a complete miracle, considering someone had been paid to kill her and that a hole had been punctured in the amniotic sac.

Her aunt, who was with her birth mother that day at the abortion facility, adopted her and she grew up with a mother, father, and adoptive sister. All of her childhood, she knew she was adopted and that her birth mother was her aunt, but she didn’t know the whole story. Jennifer said she always felt different growing up — like there was a secret that was being kept from her — and she remembers having to comfort herself as a small child, pulling her knees up to her chest and gathering big blankets around herself to feel safe.

But it wasn’t until she was 19 that she learned the unimaginable while out for the day with her adoptive mother.

“We were driving around, shopping, and I was just asking her silly questions. I was home on break from college and I kind of challenged her to tell me something I never knew about myself,” she explained. That’s when her mother said that Jennifer had survived her birth mother’s abortion attempt.

“I remember I looked out the window of her truck and I just started crying,” Jennifer recalled. “I was 19 years old, and at that moment of my life, living on my own and trying to figure myself out as an adult, I was just in no position to understand or comprehend surviving an abortion. It’s miraculous, I survived this abortion attempt but then I’m also wrestling with my birth mom wanting to have the abortion in the first place. I cried and [my adoptive mother] saw me crying and she wasn’t prepared to handle my trauma at the time. And she said, ‘Just be thankful you’re alive, everything’s okay. Stop crying.’ It sounds harsh but she didn’t know how to react to my reaction. She had no idea I was going to react that way. And I was a pretty good kid, so I wiped the tears off my eyes, built a wall, and hid that for a long time.” 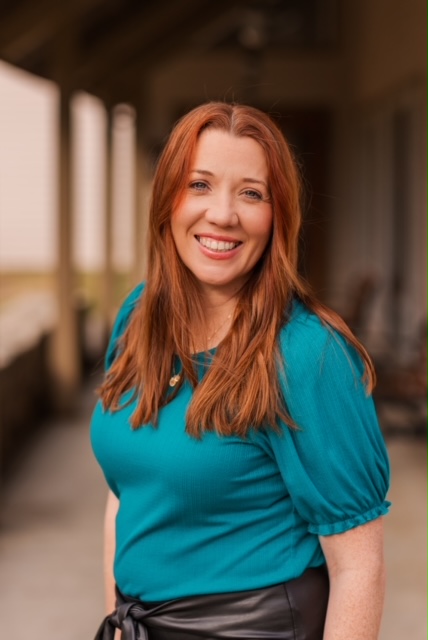 It was six years after finding out about the abortion attempt that Jennifer finally told someone.

She and her husband had been recently married when the words “exploded out of me in emotion,” she said. A few years later in 2014, during a woman’s prayer group, knowing her pastor had been adopted, she felt comfortable enough to share that she was adopted too — and that she had survived an abortion.

“I was horrified and crying but my pastor came and hugged me and that group of women in that room supported me and loved me,” she said.

Later that year, she spoke at a pregnancy resource center event, sharing her story publicly for the first time. Then in 2019, a friend showed up at Jennifer’s job, excited to tell her that she had found another abortion survivor — Melissa Ohden, founder of the Abortion Survivors Network (ASN).

“I didn’t email her right away. I still had some trust issues,” said Jennifer. “I was like, ‘There’s no way someone else survived an abortion. I’m that freak, right? I’m that one that someone didn’t want badly enough to kill me.’ That’s how much that lie had really affected me. So I reached out, I was a little sassy because I didn’t believe that there could be another one and she responded with an amazing amount of love and grace. She knew what I felt and I never had anyone experience the same emotions that I had in finding out about their survival.”

Jennifer joined ASN that year and went on to join the leadership team in 2021, acting as the community engagement coordinator. “I was really grateful because I couldn’t sit there and say that I was alone anymore in that,” she said of joining the group. There are now over 650 members of ASN.

According to the Centers for Disease Control and Prevention (CDC), over the course of 12 years, more than a hundred infants were reported to have survived abortions. Only about half of all U.S. states require the reporting of abortion complications, and there are no federal requirements for abortion reporting of any kind. In Minnesota, five children were reported by the state to have been born alive during abortions in 2021 alone. In Florida, eight children were reported by the state to have survived abortions in 2022 alone.

And according to data collected by ASN, for every 1,000 abortions, about two babies are born alive.

The fate of these abortion survivors is unknown, but it is estimated that the number of survivors may rise with the expanded use of the abortion pill due to its higher rate of incomplete abortion.

Today, Jennifer is a wife, mother of three, and a psychology student. She is learning about body memory and realizing that her behaviors as a child were indicative of the trauma she suffered in the womb. She knows now that the abortion wasn’t her fault.

Both of her mothers have since died, and while she never spoke to her birth mother about the attempted abortion, Jennifer did forgive her. Her birth mother had been an alcoholic for years and there had been rumors of other abortions before Jennifer’s conception. Jennifer said that her birth mother had a difficult life in a lot of ways, and when she went for that abortion, she had fallen for the lie that abortion is health care. Jennifer believes she was focused on her problem at hand, not realizing there was truly another person whose life mattered.

Jennifer wants other survivors to know that the loneliness they feel is something she understands and wouldn’t wish on anyone, and she urges them to seek out ASN. It’s the only organization dedicated to helping abortion survivors heal and to building a community of support. Jennifer will continue her efforts to share the truth of abortion survival by speaking at the California March for Life in Sacramento this year on March 6.