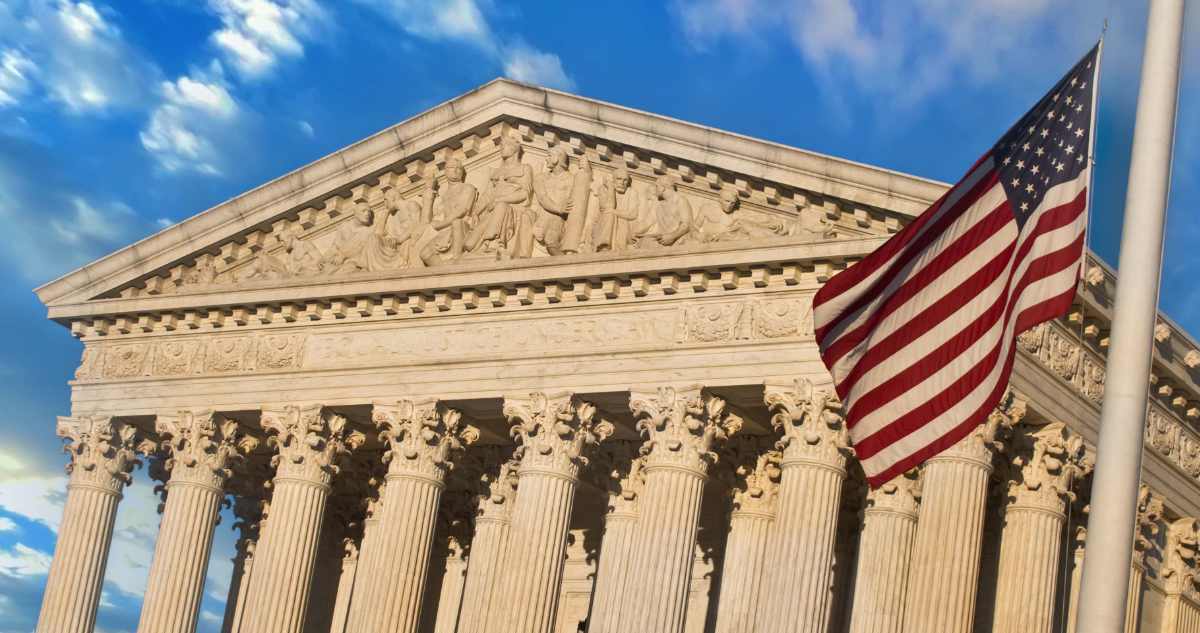 The Supreme Court of the United States overturned Roe v. Wade and Casey v. Planned Parenthood on Friday, undoing the decades old court rulings that forced states to legalize abortion up to at least 24 weeks of pregnancy. There is confusion about what this means. While overturning Roe is monumental, it isn’t the end of the pro-life fight. It is just the beginning.

“Roe was egregiously wrong from the start,” wrote Justice Alito in the majority opinion. “We hold that Roe and Casey must be overruled. It is time to heed the Constitution and return the issue of abortion to the people’s elected representatives.”

No right to abortion in the Constitution

In overturning Roe in the Dobbs v. Jackson Women’s Health Organization case, the Court confirmed that there is no right to an abortion in the U.S. Constitution. Alito wrote, “The Constitution makes no reference to abortion, and no such right is implicitly protected by any constitutional provision, including the one on which the defenders of Roe and Casey now chiefly rely.” He continued, “The Court finds that the right to abortion is not deeply rooted in the Nation’s history and tradition.”

This is important because abortion advocates have been claiming for decades that there is a right to abortion in the Constitution and that abortion was allowed and accepted prior to laws enacted in the 1800s to outlaw it. This, according to the Court, is untrue. However, while the Court states that the Constitution does not confer a right to abortion, it also said, “[T]he authority to regulate abortion is returned to the people and their elected representatives.”

The problem here is that no person, no state, and no country have the authority to “regulate abortion.” Abortion is a deliberate act of homicide visited upon an innocent human being, and is therefore an injustice; it is the homicide of a human being. And in issuing this decision to defer abortion-related law decisions to state legislators, the Court has failed to uphold the right to life protected by the 14th Amendment. Rather than point this out, the Court has told the states they can either disallow abortion altogether, or allow abortion through all nine months of pregnancy. This idea didn’t work too well when the North was anti-slavery and the South was pro-slavery, and it may not work out well today. If human beings have an inherent right to life, should states be deciding which innocent people are allowed to live and which may be killed?

States can make their own abortion laws

Roe ruled and Casey held that states had to allow abortion through at least the so-called age of “viability” — the age in which it was widely believed that a premature child can survive outside the womb, which was about 24 weeks at the time. Today, children born as young as 21 weeks can survive. Under Roe and Casey, any state could legalize abortion up until birth for any reason. But no state could restrict abortion prior to 24 weeks. However, “viability” is a meaningless term and is more a political concept than a scientific one. As heavily pro-life states passed laws to protect preborn children prior to 24 weeks, pro-abortion lawsuits have blocked those laws from taking effect — because Roe and Casey were in place.

The ruling on Friday in Dobbs v. Jackson Women’s Health Organization centered on one such case surrounding a pro-life law in Mississippi that sought to protect preborn children from 15 weeks of pregnancy through 40 weeks of pregnancy. The lawsuit brought by the abortion facility argued that the law was unconstitutional based on Roe. Friday’s ruling to overturn Roe means that this Mississippi law will stand and that any state is now allowed to protect preborn babies from harm at any point in pregnancy.

Hopefully, lives will be saved in pro-life states that move to ban abortion and protect human beings. But again, by handing states the false right to legislate the homicide of preborn human beings, many states will continue to allow abortion on demand throughout pregnancy.

There are 13 states that have had “trigger laws” in place that would protect preborn children from abortion prior to viability in the event that Roe was overturned. According to the pro-abortion Guttmacher Institute, these include Arkansas, Idaho, Kentucky, Louisiana, Mississippi, Missouri, North Dakota, Oklahoma, South Dakota, Tennesse, Texas, Utah, and Wyoming. Other states have pre-Roe laws in place that were never removed and could take effect now that Roe has been overturned. Each of these states will be able to protect preborn children to the extent that they can. They will not, however, be able to prevent women from traveling to other states that continue to allow abortion, especially when so many companies are now offering to pay the travel expenses for an employee’s out-of-state abortion.

Just as there are pro-life states ready and waiting to end abortion within their borders, there are pro-abortion states that are ready to expand abortion, and even make abortion a right in their state constitutions — and on Friday, the Court ruled that they can do just that.

Six states — Alaska, Oregon, Colorado, New Mexico, New Jersey, and Vermont — all allow abortion through all nine months of pregnancy and will continue to do so. Other pro-abortion states such as California, Connecticut, and Illinois, among many others, will continue to allow abortion in the same manner that they did in the days prior to the overturning of Roe. Some states, such as New York and New Hampshire, allow abortion through all nine months of pregnancy under so-called “exceptions” such as a fetal diagnosis. Many states are willing to take it even further, such as Vermont and California, and make abortion a state right.

Women’s lives won’t be in danger

An abortion, by legal definition, is the intentional killing of the preborn human being prior to delivery. No woman whose life is endangered by health complications will be heading to Planned Parenthood for an emergency abortion.

While it is a pro-life victory nearly five decades in the waiting, the overturning of Roe using the Court’s reasoning is not what pro-life Americans ultimately hope for. The Court told pro-abortion states that they can continue to be as pro-abortion as they want to be. Now, pro-lifers must continue with the fight to save innocent lives, change hearts and minds, and make legal abortion everywhere a thing of the past.