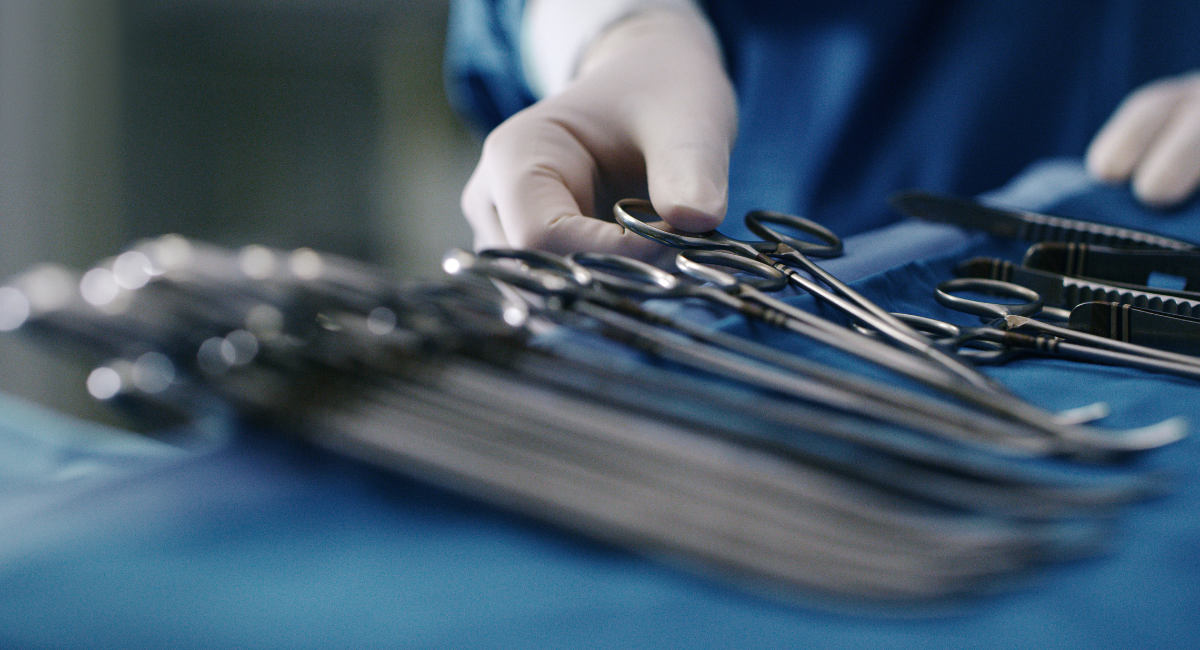 In light of the leaked Supreme Court draft opinion indicating the possible overturning of Roe v. Wade in the coming weeks, confusion has sprung up in abortion-related conversations about what a post-Roe world would look like. Abortion enthusiasts are taking advantage of that confusion by misleading compassionate Americans on what the end of Roe would mean for women facing pregnancy-related complications. The truth is that even if abortion were completely outlawed across the nation (which would not happen if Roe is overturned), women would still receive life-saving treatment for pregnancy-related complications because the medical definitions of abortion and the legal definitions of abortion have one major difference.

In other words, even natural miscarriage is classified as a ‘spontaneous abortion’ under these definitions; induced delivery could also be. This unfortunate and inaccurate labeling is what makes so many good and caring Americans believe they must support legalized abortion, or believe they have actually had an abortion when in reality, they’ve simply been treated for a natural miscarriage. All of this confusion allows the abortion lobby to gain support for legalized abortion.

Laws concerning the restriction of abortion aren’t referring to strictly the removal of an embryo or fetus from the uterus, but rather to a procedure or drug cocktail that is being used specifically to end the life of the preborn child prior to or while removing him or her from the mother’s uterus. Legally speaking, criminalizing abortion would make it illegal to intentionally and directly cause the death of the living preborn human embryo or fetus. In addition, nearly every pro-life law carries an exception for cases in which the mother’s life is considered to be at risk. That exception acts as a loophole, since Roe‘s sister case Doe v. Bolton determined that “health” includes mental health as well as financial and familial health. It’s also entirely unnecessary, as procedures that save the life of a mother (like those for ectopic pregnancy) are not even considered abortions.

The pro-abortion American College of Obstetricians and Gynecologists (ACOG) knows the difference. On its website (see screenshots below), the abortion-friendly organization defines an “induced abortion” as “an intervention to end a pregnancy so that it does not result in a live birth.” The intent of an induced abortion — what pro-life laws ban or restrict — is to ensure the undelivered baby dies before he is delivered. 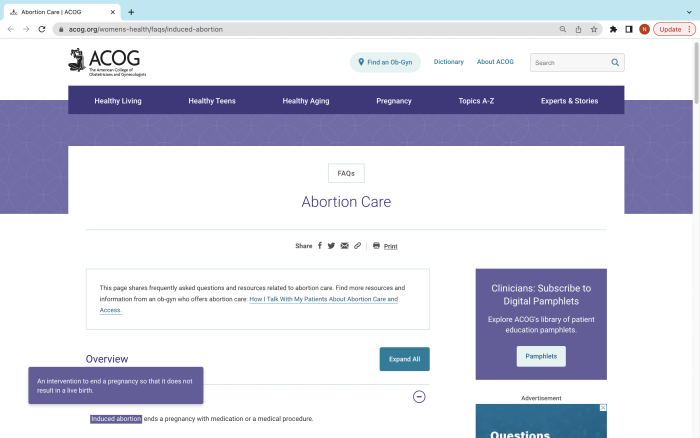 Let’s take a look at some of the legal wording in state legislation to see how it defines abortion as an intentional act that causes the death of a preborn child. The Mississippi Gestational Age Act, which is at the center of the Supreme Court case that may overturn Roe (Dobbs v. Jackson Women’s Health Organization), states:

“Abortion” means the use or prescription of an instrument, medicine, drug, or other substance or device with the intent to terminate a clinically diagnosable pregnancy for reasons other than to increase the probability of a live birth, to preserve the life or health of the unborn human being, to terminate an ectopic pregnancy, or to remove a dead unborn human being. (emphasis added)

Likewise, Florida, which has a new law protecting preborn children after 15 weeks beginning on July 1, defines abortion as “the termination of human pregnancy with an intention other than to produce a live birth or to remove a dead fetus.” (emphasis added)

In Texas, where abortion is restricted once a preborn child’s heartbeat can be detected, at about six weeks, abortion is clearly defined as (emphasis added below):

[…T]he act of using or prescribing an instrument, a drug, a medicine, or any other substance, device, or means with the intent to cause the death of an unborn child of a woman known to be pregnant. The term does not include birth control devices or oral contraceptives. An act is not an abortion if the act is done with the intent to:

(A) save the life or preserve the health of an unborn child;

(B) remove a dead, unborn child whose death was caused by spontaneous abortion; or

None of these laws — or any pro-life laws in the U.S. — would outlaw procedures meant to save a mother’s life because surgery for an ectopic pregnancy, induced preterm deliveries, and emergency C-sections do not fit into the legal definitions of ‘abortion’. The intent of these procedures is not to kill the preborn baby, but to save the mother’s life with the hope and intention of also saving the baby if the baby is capable of surviving with medical assistance.

Babies born as young as 21 weeks have proven that with proper medical care, there is a chance they can survive. Plus, an abortion at that gestational age takes at least two days to carry out while an emergency C-section takes under an hour. No doctor would choose an abortion procedure over a C-section if his patients’ lives were truly at risk — meaning there is absolutely no medical reason to kill preborn children prior to delivery.

Pro-life laws, and the eventual overturning of Roe, do not put women’s lives in danger, because abortion — legally speaking — is defined as the intentional act of killing a preborn child, not of simply ending a pregnancy — which can be achieved safely with live birth.

Editor’s Note 7/20/2022: This article was updated to include ACOG’s definition of induced abortion.