Legal scholars of the past and present have for decades described the horrific decision in Roe v. Wade as being on a collision course with itself. Soon, the Supreme Court will hear oral arguments in the Dobbs v. Jackson Women’s Health Organization case, which centers around a Mississippi abortion law restricting abortion after 15 weeks gestation. The question the court will likely answer is, “Under the Constitution, may a State prohibit elective abortions before viability?”

According to University of St. Thomas School of Law professor Teresa Collett, who co-authored a brief in support of Mississippi in the case, “This is the first time in almost 30 years that the U.S. Supreme Court has shown any interest in permitting states to limit abortion prior to viability, commonly understood to occur at or before 24 weeks of pregnancy.”

The so-called “viability rule” was based on an arbitrary cut-off, typically defined as the age at which a child can survive outside the womb. It first appeared in Roe v. Wade, and was not determined based on science but instead was a “legislative” or political move by the Court.

Well before the Dobbs case, legal scholars saw the political motive behind a viability rule for abortion.

In his book “Abuse of Discretion,” author and legal scholar Clarke Forsythe defined the original term “viable” to traditionally mean “able to live.”

“Thus a ‘viable pregnancy’ meant a pregnancy that was progressing,” Forsythe claimed.

Thomas W. Hilgers, M.D., a Fellow in Obstetrics and Gynecology, agreed, writing in his 1972 work, “Induced abortion: A documented report”: “The term viable means ‘capable of living’ and the unborn is VERY MUCH ‘capable of living’ before his/her time of ‘viability’ is reached. This is evidenced by the fact that the child in the ‘pre-viability’ period is very much alive.” Hilgers was citing “Dorland’s Medical Dictionary, 23rd Edition.”

“As a matter of fact, it is this ‘nonviable’ period of our lives which is perhaps the most unbelievably alive than any other period,” Hilgers noted. “What happens to all of us in those early weeks of development is utterly amazing and our ignorance or denial of what transpires is certainly no proof that it is not a reality.”

Viability is only a “measure of the sophistication of the eternal life support systems around the baby. It is not a measure of the humanness of the child him or herself,” penned Dr. John C. Willke in his book, “Abortion and the Pro-life Movement.”

But, as Hilgers points out:

Perhaps even more misleading than the factual over simplification involved in the idea of ‘viability’ is the assumption that ability to live ‘independently’ is a suitable criterion of individual identity. Biologically this is certainly not true, for the fetus is genetically and functionally an individual from its beginning, but it is not capable of living independently until long after its birth…. Indeed, one might question whether even the strongest of us is ever able to live wholly independently…. And a certain point, there are no survivors.

However, this point, whatever it happens to be, is relative to present methods of treatment and with improved techniques this point will be pushed further and further back in time.

In 1970, Fordham law professor Robert M. Byrn detailed his objections to abortion in a case published in the Notre Dame Law Review. Byrn, a criminal law specialist, gave explicit details of the abortion procedure in this article and also filed an unsuccessful challenge to New York’s abortion law.

Byrn wrote of the preborn baby, “The fetus at eight weeks has a pumping heart with fully deployed blood vessels and has all other internal organs. The face is completely formed, and the arms, legs, hands, feet, toes and fingers are partially formed. The fetus will react to tickling of the mouth or nose, and there is readable electrical activity coming from the brain.” 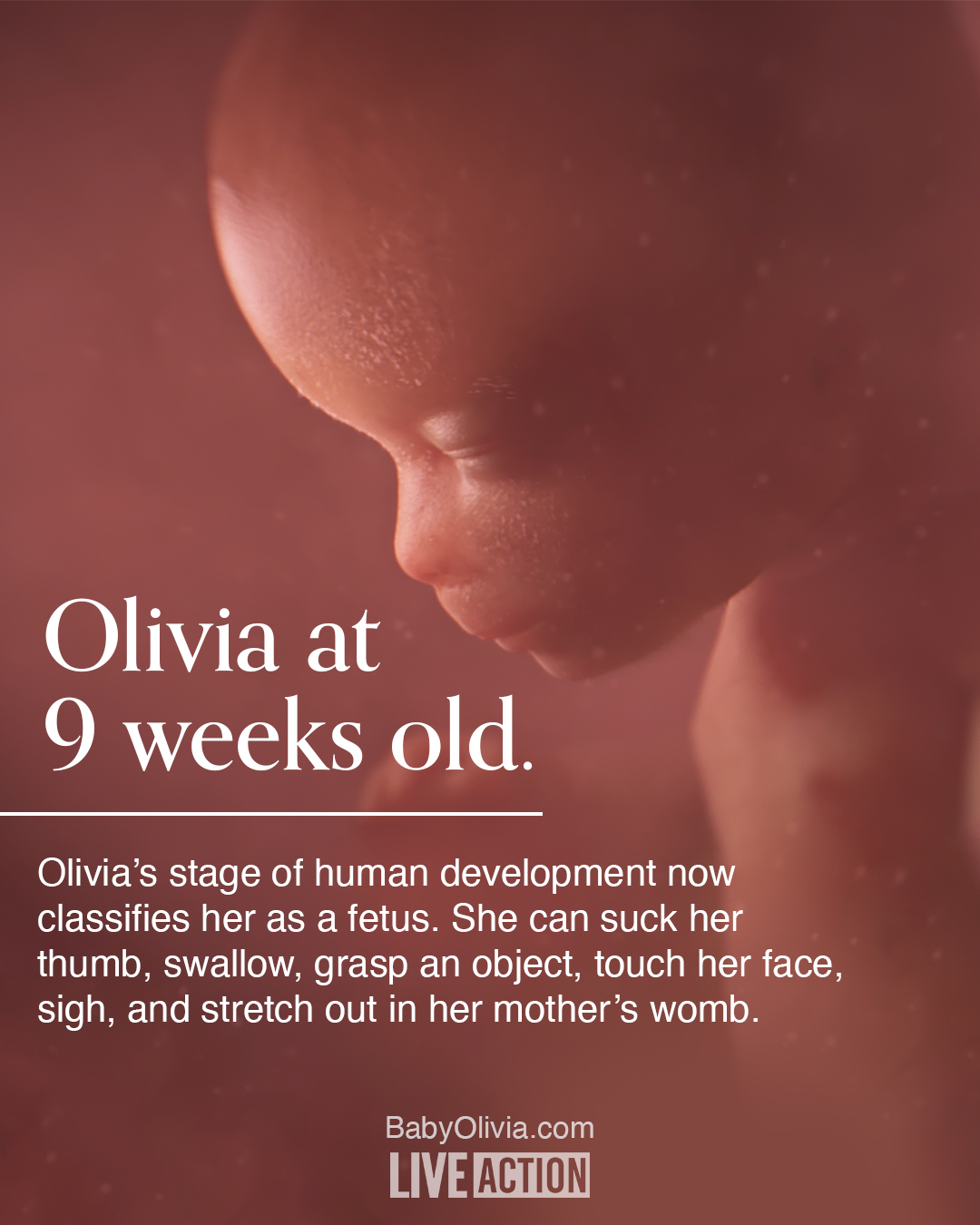 About viability, Byrn wrote, “The unborn child is said to be viable when he is capable of existence apart from his mother. With recent advances in technology, viability has been pushed back from the twenty-eighth to the twentieth week of pregnancy…”

“Viability,” Byrn claimed, “is a function of technology, not a qualitative characteristic of the unborn child. In this respect, the nonviable fetus might be compared to a space-walking astronaut who is connected by an ‘umbilical cord’ to the ‘mother ship.’ He too will die if the umbilical is severed and he is cut off from his life-support system. (Do not we also speak of a space mission being ‘aborted’ when the life-support system fails to function?)”

“If the non-viability of the astronaut does not render nonhuman, then can we say less of the non-viable fetus?” he asked.

Court was wrong on abortion

Live Action News previously documented that the “viability rule” in Roe has no basis in the Constitution, is inconsistent with other areas of law, and is a moving target.

“As a matter of the Constitution’s text and history, it is no secret that Roe is not just wrong but grievously so,” wrote Paul J. Schierl/Fort Howard Corporation Professor of Law Richard Garnett, who co-authored an amicus brief with the law firm Cooper & Kirk on behalf of The Ethics and Public Policy Center in the Dobbs case.

“The new doctrinal framework Casey erects in place of Roe’s trimester-based schema is also seriously flawed. Perhaps most fundamentally, while Casey appears to draw the critical line at ‘viability,’ from Roe to today, ‘[e]xactly why [viability] is the magic moment’ has been a mystery… After all, if a State’s interest in protecting prenatal life is ‘compelling after viability,’ then it ‘is equally compelling before viability,'” Garnett et al wrote.

“Roe v. Wade conceded that if, as Texas there argued, ‘the fetus is a ‘person’ within the language and meaning of the Fourteenth Amendment,’ the case for a constitutional right to abortion ‘collapses.’ But then the Court hurdled over text and history to an error-strewn denial that unborn human beings are persons under the Amendment,” argued Biolchini Family Professor of Law Emeritus John Finnis, who co-authored an amicus brief for Dobbs with Robert P. George, the McCormick Professor of Jurisprudence at Princeton University.

They also called for recognizing all preborn children as “persons.”

“It has imposed an extreme, incoherent, unworkable, and antidemocratic legal regime for abortion on the nation for several decades (pursuant to constantly shifting rules, standards, and rationales), and thus principles of stare decisis warrant overruling these precedents,” the legal scholars wrote.

Also, they argue, “The Court’s abortion jurisprudence grafted onto the Constitution a vision of what it means to be and flourish as a human being that isolates mother and child, pitting them against one another in a narrative of zero-sum conflict among strangers, depriving them of much needed sources of protection, support and care.”

“Roe and Casey are thus wrong, demonstrably and egregiously wrong, and were wrong from day one. That arguably should suffice to justify their repudiation,” Garnett et al wrote. “It is now clear that an unborn fetus is not merely ‘potential life,’ but is a ‘a living organism while within the womb, whether or not it is viable outside the womb.”

“Roe was roundly criticized as wrong the day it was decided, it has been robustly opposed both within and outside the Court ever since, and no sitting Justice has defended the merits of its actual reasoning,” Garnett and his co-authors also state in their brief.