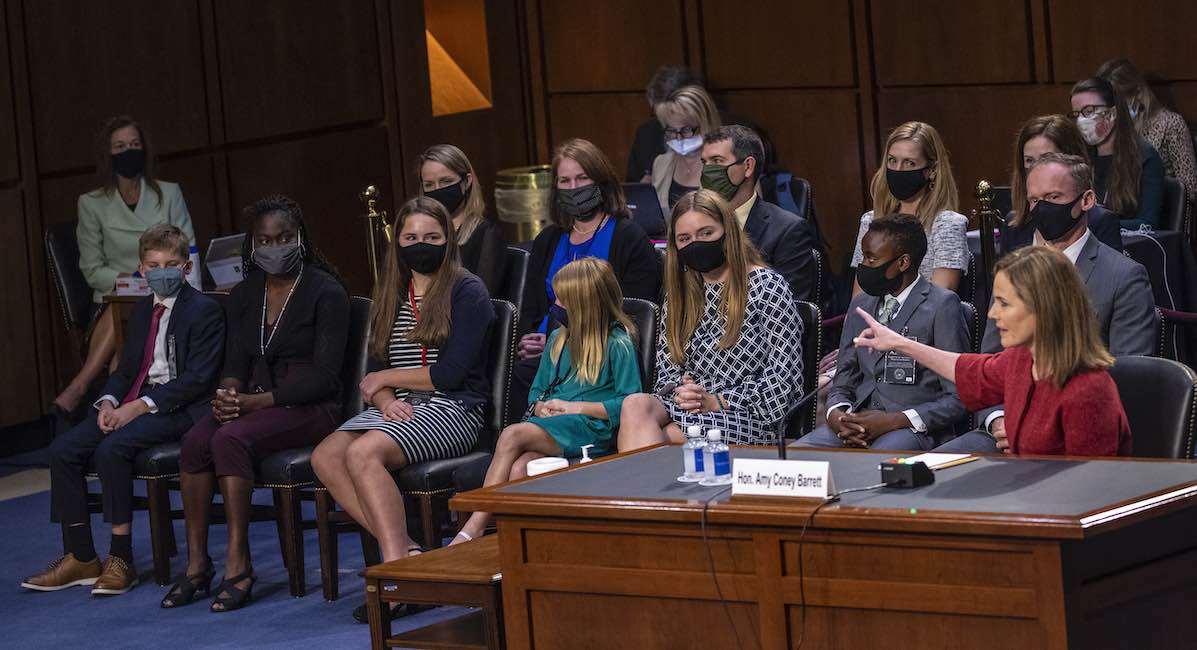 United States Supreme Court nominee Amy Coney Barrett is a law professor at Notre Dame University who currently sits on the U.S. Court of Appeals for the Seventh Circuit. She is also a Catholic wife and mother to seven children, two of whom were adopted internationally and one who has Down syndrome. During her Senate Judiciary Committee confirmation hearing on Tuesday, Senator Ted Cruz (R-Texas) asked about her family’s journey with adoption.

“I’m curious if you would share with this committee and with the American people what led you and your husband to make the decision to adopt?” said Cruz. “It’s, I think, one of the most loving and compassionate decisions any family can make.”

“We decided, at that point while we were engaged, that at some point in the future we wanted to do that ourselves,” Barrett explained. “I guess we had imagined initially that we would have whatever biological kids that we decided to have and adopt at the end, but after we had our first daughter Emma, we thought, well, why wait? So I was expecting Tess when we went and got Vivian. So she and Tess function— we call them our fraternal twins. They’re in the same grade. And it really has enriched our family immeasurably. Once we had adopted Vivian, at that point, then we made the decision that we definitely wanted to adopt again. And so, several years later, John Peter entered our family.”

Both of Barrett’s adopted children were born in Haiti, a poverty-stricken country with an estimated one million orphans. When an earthquake struck the country in 2010, the number of orphans there increased so greatly that orphanages were turning children away, and adoptions already in progress were fast-tracked.