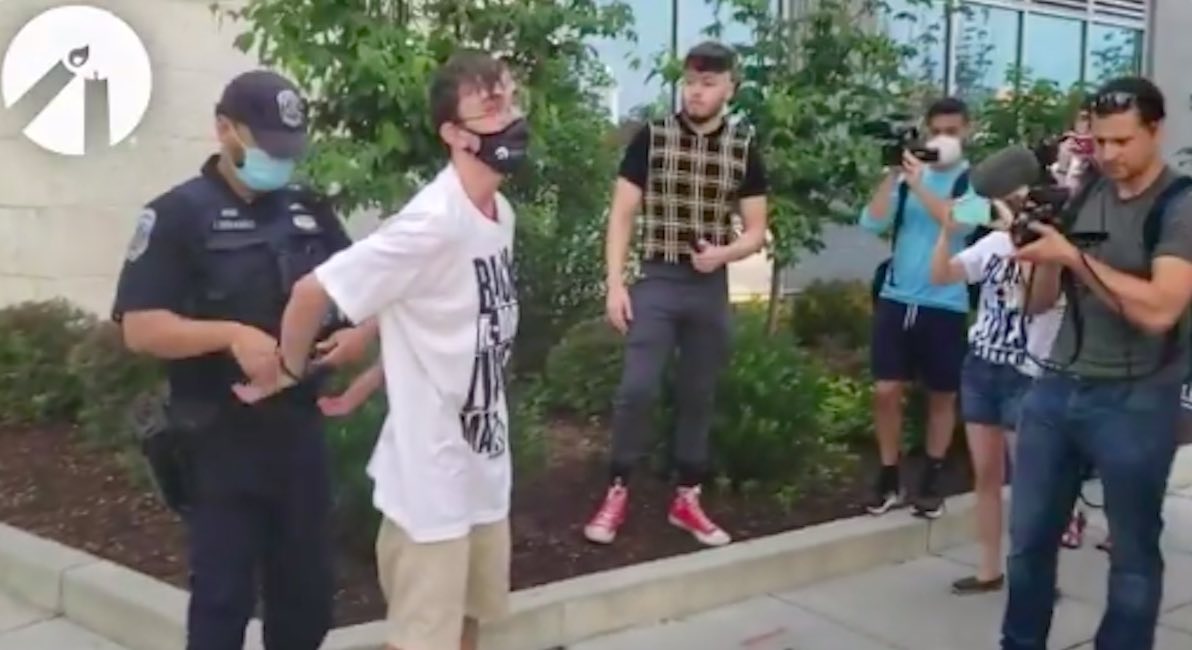 Mayor Muriel Bowser of Washington, D.C., is facing a lawsuit that alleges the city discriminated against pro-lifers, according to a report from Fox News. The lawsuit, filed Wednesday by Students for Life of America and the Frederick Douglass Foundation, accuses the city of violating the First Amendment when it applied a defacement ordinance to the pro-life organizations’ members but not to individuals involved with Black Lives Matter.

It's a sad day in America when human rights advocates are hauled away in handcuffs for writing "black preborn lives matter" in chalk on a sidewalk,

In the lawsuit, SFLA and the Frederick Douglass Foundation state that Bower commissioned a “Black Lives Matter” mural to be painted on a D.C. street by Black Lives Matter, which was painted in permanent paint. The group then added the words “Defund the Police” to the mural. However, police prevented the pro-life groups from using temporary sidewalk chalk to write “Black Preborn Lives Matter.” When they attempted to write the message in chalk on the sidewalk — which is public property — they were arrested. Alliance Defending Freedom is representing the groups in the lawsuit and argued that the government should not be picking and choosing which speech is allowed.

“The government can’t discriminate against certain viewpoints by allowing some voices to be heard while silencing others,” said ADF Legal Counsel Elissa Graves.

“Because of the city’s actions, Frederick Douglass Foundation and Students for Life of American weren’t able to participate in the public square as other groups have. The First Amendment prohibits the government from picking and choosing whose speech to allow.”