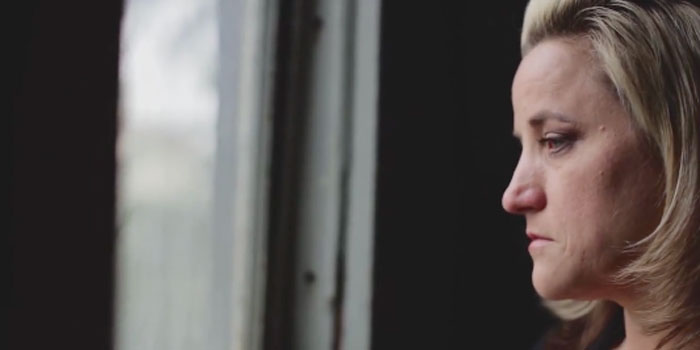 The emotional and physical effects of abortion aren’t always immediate. Sometimes grief and regret will manifest months, years, or decades later. The effects can bubble to the surface in the form of alcohol and drug abuse, difficulties in romantic relationships, or in relationships with surviving children. It is a permanent decision with permanent consequences.

In the video below, shared on Facebook by Anchored North, two people share what abortion did to them, and how it affected their lives. One man describes how he became sexually active at age 12, and by the time he was 16, he had pressured two girlfriends to abort his children. After he married, his wife aborted their children as well. He says this is when his rage over all the abortions came to the surface.

Later in the video, a woman describes the pain she experienced after her abortion, saying she “basically became like a soldier in my own army, and then I became one of those women that built walls around me. I felt like I was trying to hold all that pain, all those emotions… underwater. And I started to do drugs… methamphetamine and cocaine. Because I wanted to be in control.” She sought post-abortion counseling, saying that during the process, “You have to go through grieving that is so deep… so deep.”

“The ripple effect of redemption is restoration,” she adds. “There’s only one real lover of your soul. And that’s the One that created you.”

There is hope after abortion. And there is redemption. This man and woman found it…and so can every other person.

A meta-analysis of 30 studies on the psychological effects of abortion found that “no study – with just one exception – in 30, showed that abortion consequences are lower than childbearing, even in the case of ‘therapeutic’ abortion or in the case of unplanned childbearing.” In other words, abortion has negative psychological effects, and many women have shared their personal experiences regarding this. They’ve experienced increased instances of suicidal thoughts, clinical depression, and substance abuse.

Editor’s Note: If you are making a decision about abortion, have questions about pregnancy, or need help after an abortion, click here for more information. If you’ve begun an early abortion and are experiencing regret, visit Abortion Pill Reversal or call their 24-hour nurse-staffed hotline at 1-877-558-0333 for information on how to possibly reverse your abortion.