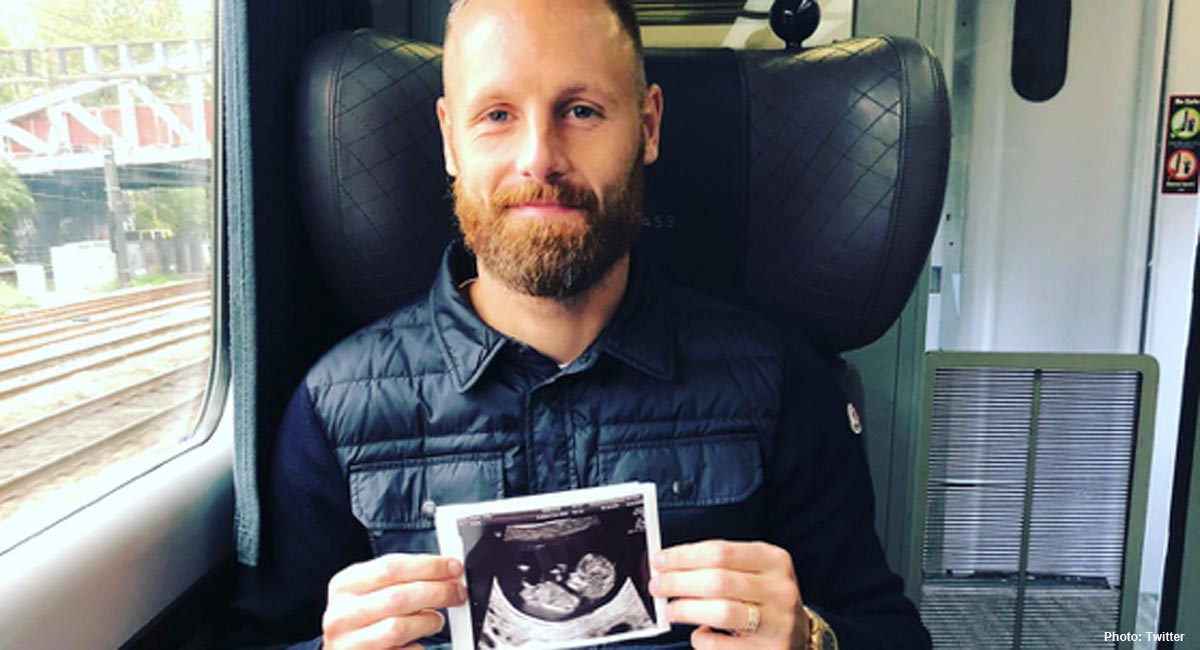 David Meyler, a soccer player for Reading FC and Republic of Ireland International, recently posted a touching announcement on Twitter celebrating his preborn child. Meyler shared the news that, after the heartbreak of three consecutive miscarriages, his wife Cally is expecting again. The couple has a two-year-old daughter, Alanna.

In the emotional message, Meyler wrote to his wife Cally, “You’ve been through so much and I’m so proud of you. You’re an amazing mother and an incredible wife. Alanna and I love you so much.” Their baby is due next year, and in his tweet, Meyler included a photo of the baby taken via ultrasound.

After 17 months of heartbreak and agony I’m so happy to be able to post that my wife Cally is expecting our second child next year. You’ve been through so much and I’m so proud of you. You’re an amazing mother and an incredible wife. Alanna and I love you so much ❤️ pic.twitter.com/jHspUE9KyG

The Irishman has previously shared about how difficult the miscarriages have been for his family and for his career. In an interview about his departure from the Hull City Tigers, Meyler said, “Most people are unaware of the fact that my wife had three miscarriages and it took its toll on me.”

The agony of that year and the emotional rollercoaster of the miscarriages prompted Meyler to consider ending his career as a professional soccer player for good at just 28. Meyler says the understanding support of his team members and manager Nigel Adkins helped him find the strength to continue his career.

October is Pregnancy and Infant Loss Awareness Month, and Meyler’s heartfelt announcement is a reminder that pregnancy loss affects fathers, too, often in ways that people do not realize. For 17 agonizing months, Meyler and his wife mourned the loss of three preborn babies. In a culture that dehumanizes preborn children, people who have not experienced loss can find this grief hard to understand. During this month, mothers and fathers who have lost children are courageously sharing their stories and saying they do understand their grief.

A pro-life culture recognizes the inherent dignity and worth of every human life, and lets mothers and fathers who have experienced miscarriage and pregnancy loss know that their grief matters.