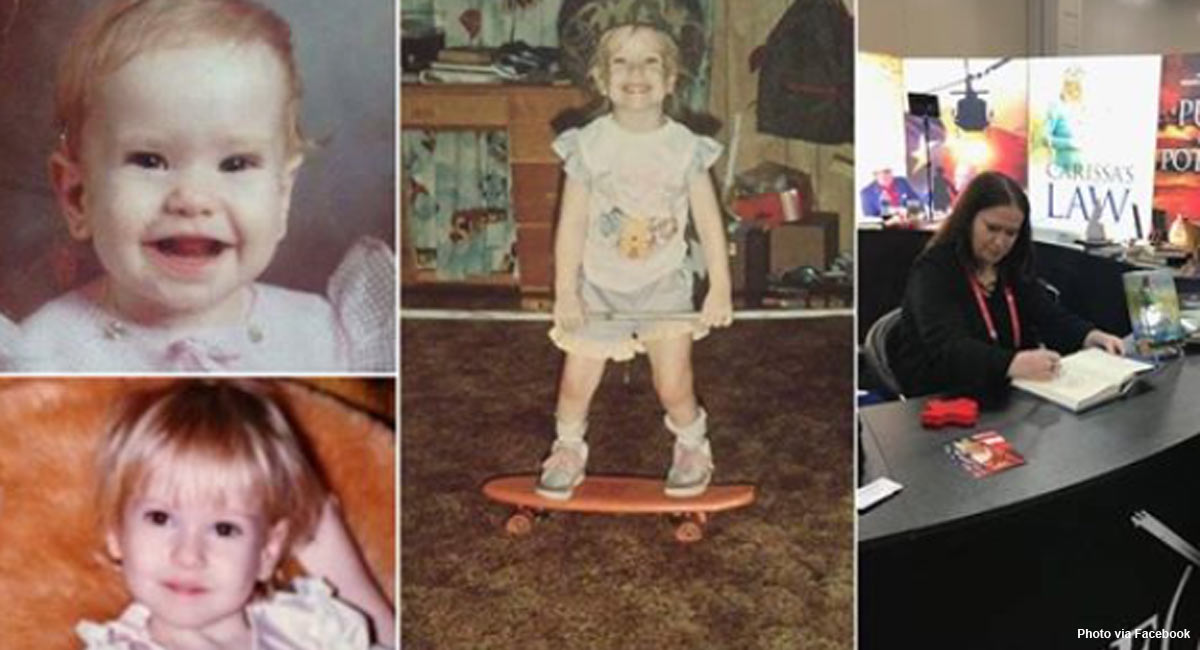 Most babies diagnosed prenatally with spina bifida end up becoming victims of abortion. Luckily, Misty Boyd’s parents didn’t know she had spina bifida until she was born in 1983. Even then, her parents immediately found themselves having to fight for their baby girl, as Boyd explained in a Facebook post shared for Spina Bifida Awareness Month.

“Upon my arrival, when the spina bifida was discovered, the doctor profusely apologized, saying he could have ‘done something,’ had he known,” she said. “My parents were told my condition was incompatible with life. I would be mentally challenged. I would never walk, talk, feed myself, or be independent in any way. Had the doctor discovered my defect on ultrasound, he would have insisted on abortion due to ‘low quality of life.'”

She added, “Since my defect was not discovered until after my arrival, my parents were given the alternative choice to withhold feeding and treatment and allow me to die.”

The cruel and heartless treatment Boyd’s doctor recommended was evidently not uncommon for babies born with disabilities in decades past; one notorious case is that of Baby Doe, a boy born in 1982 with Down syndrome. His parents did not want him, and his doctor advised them to just let him die, as his quality of life would be so poor. Baby Doe needed surgery, but his doctor told the parents not to consent to the surgery, saying of children with intellectual disabilities, “I believe there are things that are worse than having a child die. And one of them is that it might live.”

Despite numerous petitions to adopt Baby Doe, a judge ruled in the doctor’s favor, and Baby Doe died, six days after birth, starved and dehydrated and choking on his own stomach acid. That any doctor would recommend such a fate for a newborn infant simply because of disability is pure horror.

Despite her doctor’s poor prognosis, Boyd is now thriving, and she’s a published author. “None of what that doctor predicted for my future ever came to pass,” she said. “I am married, successful in my writing career, and very happy.” And despite the fact that people with spina bifida continue to break boundaries and lead full, enriching lives, Boyd discovered that the medical misinformation has continued to happen:

Sometime in my early 20’s, I decided to do some research into current medical standards for people like me. Surely, medical technology had come far enough that we were no longer handing out such a bleak prognosis for those babies diagnosed with spina bifida, right?

It didn’t take me long to have my heart broken with the knowledge that doctors are still handing out the same false, miseducated, negative prognosis today. Even though medical technology has come even further in the fight to help us live full lives than it had when I was born, doctors are still handing out worst case scenarios as if they are a typical expected outcome for someone with spina bifida.

Because of this outdated, false information, 64% of babies prenatally diagnosed with spina bifida never make it out of the womb. They never get the chance to prove doctors wrong. How can they be so sure about low quality of life when so few of us get the chance to show otherwise?

People with spina bifida are not burdens to be cast away simply because they have a disability. The overwhelming majority of people with spina bifida live well into adulthood, and as medicine advances, their prognosis continues to improve. Doctors should be doing all they can to help people like Boyd live — not pressure them to die.