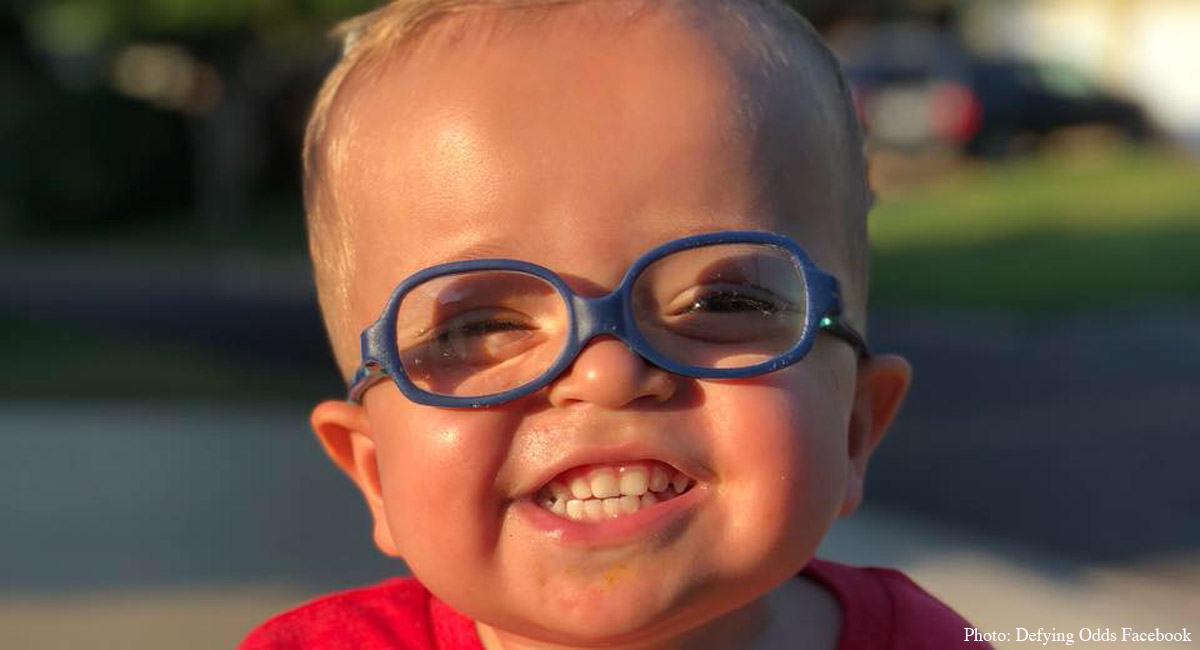 “He’s very outgoing, he’s spunky, he’s got a great personality.” These are the words of Whitney Dinkel, mother of two-year-old Roman, born in May of 2016 with spina bifida. Roman has become something of an internet star. When Whitney and husband Adam started a Facebook page to keep their friends and family updated on Roman’s health journey, they never dreamed their son would inspire such a large audience. They told People, “It’s a little overwhelming having all these people basically join our private life. It’s kind of scary. But it was exciting because that means we can reach more people and have more people learn about Spina bifida.”

Spina bifida is a defect occurring in the womb in which the backbone and spinal cord membranes don’t close completely around the spinal cord. Typically, surgery to close this opening is done after birth, but fetal surgery for the condition is becoming more common. Roman was one of those who received surgery for spina bifida in utero. According to People:

Roman was diagnosed with the condition in the womb when Whitney was just 20 weeks pregnant. At 25 weeks, doctors performed surgery on Roman in utero.

“To hear that everything wasn’t ‘normal,’ we were just devastated,” Whitney tells PEOPLE of the diagnosis. “We thought it was just the end of the world. We thought nothing but bad things, and that’s obviously not the way it is at all.”

The Dinkels, who live in Kansas, have two older children. They say that worry is a normal part of life for them, but Roman is making great strides. He used to use a walker at age one — thanks to chiropractic and physical therapy, says ABC News — and has since graduated to forearm crutches. His mother told People, “He was really excited! His therapist brought them over … he wanted to use them, he wanted to hold them. He was scared and a little timid at first but he still wanted to hold them and sit with them.”

And when he did learn, “it was amazing to see,” says Whitney. “He had been working so hard… it just made me so excited and proud. I know him being able to use crutches opens up so many more opportunities for independence.”

However, as you can see from this very recent post below from Roman’s Facebook page, he is now doing an amazing job, working on walking without crutches:

Roman’s parents told People that they hope he has a long and full life, “but with Spina bifida you don’t know,” his father, Adam, said. Given Roman’s history of having needed brain surgeries, it is possible he may need more in the future. But Roman’s parents’ ultimate goal is “to give him the best life possible.”

So far, little Roman seems like a ray of sunshine who is busy making others’ lives better, just by being himself. His parents told ABC News, “He’s everybody’s best friend. He could make even the grumpiest person smile.”