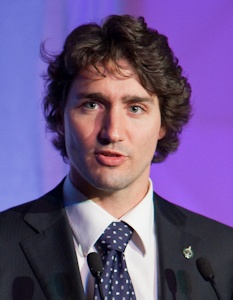 As I’ve remarked before, Canada is known for many things. What’s not so well known is the fact that abortion is virtually unregulated there. The country has no parental notification requirements, no waiting periods, no laws regarding fetal pain, and it imposes no limits on the type of abortion methods that can be used. Further, the government both allows and funds abortion at any stage for any reason. This, according to the Canadian Medical Association, has made Canada “a haven” for sex-selective abortion.

The leader of Canada’s Liberal Party, Justin Trudeau, doesn’t want the situation to change. He announced on May 7th that, “For me, it’s a debate that has been settled for the vast majority of Canadians and we don’t need to reopen that issue.” Trudeau went on to insist that, “All new members and new candidates are pro-choice.”

If Mr. Trudeau believes that abortion and “choice” are synonymous, then he should do some research. As many American women have found out, the two are anything but.

Consider the findings of Life Dynamics. In 2002, the pro-life group recorded calls made by an actress claiming to be a 13 year-old who had been impregnated by her adult boyfriend. In 813 instances, staff at Planned Parenthood and National Abortion Federation centers located across the country offered to set up a secret abortion for her. That such an offer would violate mandatory reporting laws in many states and allow an exploitative relationship to continue was apparently not a concern.

This illustrates something of a disconnect between the abortion industry and the public at large. Whereas most people think that a child who has been statutorily raped is in need of intervention from law enforcement, it seems that Planned Parenthood would rather intervene with a suction catheter and a pair of forceps. And the issue doesn’t just involve hypothetical abuse: case after case has come to light in which predators took their victims to Planned Parenthood clinics, with staff either failing to report these crimes or actively helping to cover them up.

Convicted sex offender Gary W. Cross was happy to make use of Planned Parenthood’s services. In 2002, he brought the California teen that he had been raping to one of their facilities. Clinic staff took no steps to uncover the circumstances around her pregnancy, opting instead to refer her to a San Francisco hospital for a late-term abortion. Adam Gault found similar help from the organization after he brought them his pregnant kidnapping victim. Planned Parenthood aborted the baby and then turned the teenaged girl back over to her 40 year-old abuser. John Blanks knew where to turn when he impregnated his daughter–in 2006 he took her to an Ohio Planned Parenthood clinic. Employees there performed an abortion on the victim but did little else for her. Blanks’ daughter eventually took legal action against Planned Parenthood, and she hasn’t been the only one to do so.

Denise Fairbanks sued as well, claiming to have explicitly informed clinic workers that she had been brought against her will by her incestuous father. According to Fairbanks, her pleas fell on deaf ears. The parents of a Cincinnati-area high school freshmen also filed suit, with a judge finding in 2010 that Planned Parenthood had broken the law by failing to report their daughter’s abortion. She was taken to a clinic by her abusive soccer coach who (like most abusers) wanted to hide his crimes.

It’s not just garden variety predators that the abortion industry has been willing to help out. In 2011, Live Action volunteers with hidden cameras visited a number Planned Parenthood clinics posing as organized sex traffickers. What they found were staff members with no qualms about setting up abortions for underage prostitutes who “can’t speak English” and “won’t know what’s going on.” It was certainly clear that these Planned Parenthood representatives were ready to help offer a choice–the choice to exploit a child.

Sexual violence isn’t the only type of abuse that Planned Parenthood enables; abortion goes hand in hand with the physical kind, too. By some accounts, half of all abortions in America are agreed to under threat, and these threats aren’t always empty. A Canadian woman, Roxanne Fernando, was hacked to death in 2007 by her partner for the same reason. So too was Tasha Rossette. In 2009, Leah Diver survived multiple stab wounds when she refused her boyfriend’s demand that she abort their child. And, in 2006, 19 year-old Katelyn Kampf found herself being hit, spit on, and tied up at gunpoint. This was done to persuade the young woman to exercise her “right to choose.”

How much of this is going on in Canada? It’s hard to say–the government takes a largely hands-off approach to collecting abortion related data. The Canadian Medical Association does seem to be aware of the issue, however. They published a  letter from Dr. David Reardon of the Elliot Institute who, after reviewing data from the US, said that, “Abortion is often a woman’s last choice but her abuser’s first choice.” Given the similarities between Canada and the United States, it’s likely that the problem is mirrored on both sides of the border.

Of course, a politician’s standard response to almost any problem, large or small, is to declare a “crisis.” Not Justin Trudeu. He is (as likes to point out) a “different kind” of leader, so it makes sense that he would take a different approach to problems. Simply put, he ignores them.

In the wake of Roxanne Fernando’s brutal slaying, Conservative member of parliament Rod Bruinooge put forth a piece of legislation known as “Roxanne’s Law.” The law, which was named in honor of the late Ms. Fernando, would have made it a criminal offense to coerce a woman into getting an abortion. Justin Trudeau voted against the legislation, standing with fellow abortion supporters like Megan Leslie. While neither Trudeau nor Leslie bothered to actually address the issue of coercion and violence against pregnant women, the latter did condemn the bill for being “anti-choice.”

Logically speaking, it’s difficult to imagine how legislation aimed at preventing a woman from being forced to do something against her will could be understood as “anti-choice.” And, although you could spend time searching for some kind of rationale or coherence in this position, it’s best not to try. After all, you can’t find what isn’t there.

Canadians should explain to Justin Trudeau that women don’t benefit from a no limits stand on abortion. Similarly, Americans need to let pro-abortion politicians know that they don’t want their tax dollars to subsidize abuse. In either case, the exploitation of women and children shouldn’t be accepted as a “settled” matter.