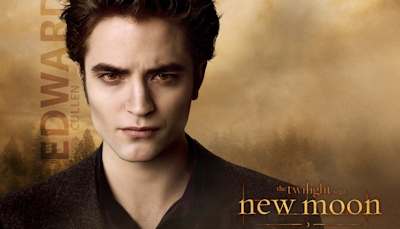 As I’ve said before, the women in my life have been a pretty heterogeneous bunch. But in spite of their differences, I suspect that they would all agree on one piece of advice. Simply put, if you’re looking for a man who can effortlessly deliver suave romantic gestures, then there is something that you definitely need to do if you meet me: keep on looking.

Possibly for this guy.

It’s not that I don’t care about such things, of course, but I never seem to pick up on when the moment is “special” or how I’m supposed react to it. So it’s incredibly ironic that I, a romance-challenged individual, would end up discovering the most romantic place on earth. Not the Eiffel Tower or the canals of Venice; those destinations pale dimly in comparison to the one that I found. No, if you truly wish to sense passion in the air while soft light caresses your skin, then there is only one place to go, and that’s the Holiday Inn Express located 2.1 miles from the Raleigh-Durham International Airport. 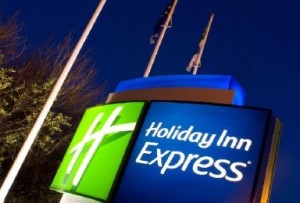 This is where the magic happens.

It was through blind chance that I came to stumble across this amorous citadel – I had missed my flight and decided to stay there for the evening. As soon as I got to my room, two things became evident. First, the walls weren’t especially thick. Second, the couple next door didn’t seem to realize this.

After about forty-five minutes of vocal affection, these two decided that they needed some musical accompaniment. And so, for the next half-hour, I was treated to the voice of Ginuwine as he exhorted listeners to ride his “pony.” Apparently the man is an equestrian.

It was at this point that I realized the true nature of my surroundings. Clearly, I had entered some sort of pheromone-laden parallel dimension, in which romantic magnetism overwhelmed one’s cognitive abilities. This is surely the only explanation for why two grown adults would choose to copulate loudly in a thinly walled hotel room while playing the same song a dozen times in a row. Well, that or they just didn’t care. I guess it could have been either one.

The RDU Holiday Inn Express isn’t the only logical vortex where normal rules of common sense don’t apply. In fact, some of the commenters on a recent news story also seem to inhabit such a place.

The article recounts how Canadian Sarah Leung is facing second-degree murder charges in connection with the death of her two children. It is alleged that in 2009 Ms. Leung, aged 28, gave birth to a son and then promptly wrapped him in a plastic bag. She may have developed a knack for this process, as authorities contend that she snuffed out another newborn just over a year later.

Many of those who commented expressed feelings of outrage, which is understandable. Aside from a few notable exceptions, most people frown upon the idea of suffocating a baby. What I found strange, however, was the vehemence with which many felt that the legal system would punish Sarah Leung. After all, if Sarah had only acted a short while earlier, the Canadian government would have not only permitted her to kill her offspring, but actually funded the endeavor.

Canada is notable in many ways. It claims the second-largest landmass in the world and the longest coastline, while its citizens have blessed humanity with insulin, telephones, and hockey. There is something else that Canada is notable for: it is the only Western country with no laws regulating abortion. There are no partial-birth abortion bans, no requirement for parental notification, and no waiting periods. The only time that the government gets involved is when it’s time to pay the bill.

Canada also doesn’t put limits on how late in a pregnancy an abortion can be performed. Some contend that late-term abortions don’t happen in Canada or happen in the rarest of circumstances. The evidence, though, doesn’t support this.

Canadian abortion clinics aren’t required to report how far along a woman is in her pregnancy when an abortion is performed. However, the Canadian Institute for Health Information documented that at least 537 abortions were performed in hospitals past 20 weeks of gestation. Since this figure does not include late-term abortions performed in clinics, the true number remains unknown. Abortion supporters like member of parliament Carolyn Bennett assert that these abortions take place only when there are serious risks to a mother’s life. Yet due to lax reporting standards, there is no way of verifying this claim. And anecdotal evidence suggests that it simply isn’t the case. In 2013, a woman called into a Quebec talk radio program to discuss how she aborted her healthy 26-week-old fetus even though (in her words) the fetus had “no problems.” Further, being outside the womb is no guarantee that a child will be allowed to live, either. According to Statistics Canada (a federal agency), between 2000 and 2009, 491 babies were left to die after failed late term abortions.

This laissez-faire approach to ending young lives stands in stark contrast to other elements of Canada’s legal and political culture. In 2001, the Supreme Court ruled that murder suspects could not be extradited to other countries without assurances that they would not face the death penalty. Then, in 2009, a Canadian federal court ruled that the government had to seek clemency for Ronald Allen Smith, a Canadian citizen on death row in Montana for killing two Native American men. It should be noted that the form of death that Smith faces, lethal injection, is far less gruesome than that which is visited upon unwanted children. This is particularly important in light of the evidence that a twenty-week-old fetus is capable of feeling pain.

Of course, not everyone who embraces an inconsistent standard on human rights hails from Canada. Plenty of these people can be found in Washington, too.

Connecticut senator Richard Blumenthal has spoken against an investigation of Planned Parenthood in spite of evidence that employees of the organization have been willing to use tax dollars to help child sex traffickers. Ten other Democratic senators stood with Sen. Blumenthal on this issue, as did House Minority Leader Nancy Pelosi. When she was asked to distinguish between the crimes committed by Kermit Gosnell and the actions of legal late-term abortionists, Pelosi replied with an inexplicable non-sequitur that both trumpeted her Catholicism and referred to abortion as “sacred ground.”

President Obama has often praised the abortion industry and has publicly thanked Planned Parenthood for their “good work.” This hasn’t been mere lip service, either. As president, he reversed the Mexico City policy (thus allowing foreign aid dollars to pay for abortions), rolled back executive orders that protect pro-life health care workers, championed the annual three-hundred-million-dollar subsidy to Planned Parenthood, and appointed abortion proponents to judicial office. But that isn’t all.

When he was a state senator, Obama was moved to argued against legislation aimed at protecting children who (like their Canadian counterparts) had the gall to survive botched abortions. On the other hand, addressing the shortage of healthy infants available for couples to adopt doesn’t appear to generate as much enthusiasm with him.

We have heard a great deal regarding how members of the political left are concerned about the various threats to America’s children, including obesity, bullying, and gun violence. However, the threat of being torn from one’s mother and then left to die seems to produce considerably less hand-wringing. After the Newtown massacre, President Obama questioned whether “we’re doing enough to keep our children, all of them, safe from harm[.]” Given his track record, one would think that the president would have no need to ask such a question.

The answer, of course, is no, and he’s part of the reason for that. So too are his allies on Capitol Hill. It would appear, then, that President Obama and the Democratic leadership inhabit the same zone of cognitive impairment as much of the Canadian political establishment and my two fellow hotel guests. Lets hope that the bulk of America’s citizenry chooses to occupy a different mental space.