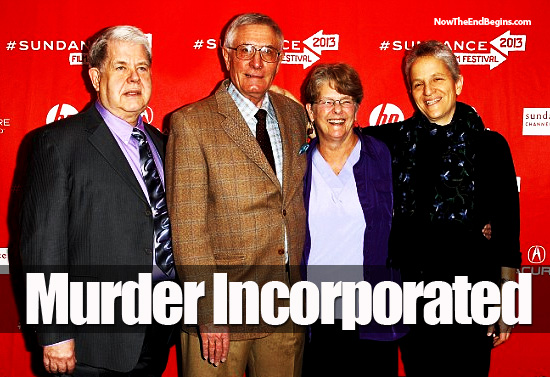 Over the objections of plenty of taxpayers, PBS – a publicly funded channel – aired “After Tiller” on Labor Day. “After Tiller” is a documentary glorifying the work of four late-term abortionists in the U.S.

Day after day, these abortionists willingly take the lives of viable babies, some of them nearly full-term. And often, despite what “After Tiller” shows, the only reason for the murder of these innocents is their inconvenience.

People who’ve seen “After Tiller” need to know another side to the story of late term abortion. Here, for starters, are five things you need to know:

One of the film’s featured abortionists, Leroy Carhart, has been caught on tape by Live Action describing late-term babies as “meat in a Crock-pot.”

His other callously cruel comments include talking about breaking apart the bodies of babies with “a pickaxe, a drill bit.” Somehow that recent footage wasn’t included in “After Tiller.” Of course, “After Tiller” didn’t show Carhart “talking on the phone or falling asleep during abortions” either.

2) Sella Accused of Stabbing a Baby After Birth

Shelley Sella was accused, by a former clinic worker, of purposely killing a baby who was born alive after a failed abortion at 35 weeks. The worker reported that Sella stabbed the baby in the chest and twisted the instrument around until the baby died.

In the recent past, the clinic where Sella and Susan Robinson work has had to make a number of 911 calls for women who were suffering from extreme complications including uterine rupture and uncontrolled bleeding.

The transcripts and recordings of these calls were conveniently excluded from “After Tiller.”

Warren Hern, in a paper he wrote for the Association of Planned Parenthood Physicians, described how it feels to perform an abortion in which he tears the baby apart, limb by limb:

We reach a point…where there is no possibility of denial of an act of destruction by the operator. It is before one’s eyes. The sensations of dismemberment flow through the forceps like an electric current…

6) The Price of Late-Term Abortions

This one is a bonus because, if you were paying extra attention during “After Tiller,” you might have already noticed this. A price sheet from one of the clinics is displayed, making it painfully obvious that money is one of the main reasons to perform late-term abortions.

$30,000 for one procedure? A procedure that, in large part, the woman often suffers through on her own? Many of these late-term babies are born after the woman goes through hours of labor, just as in a normal childbirth. Not only is the woman risking her own life (and having her child murdered), but she is also handing over a hefty blood price, to the tune of tens of thousands of dollars. And, as the owner of Sella and Robinson’s clinic, Curtis Boyd, admits:

So, there you have it. What else do you think was missed by “After Tiller”?