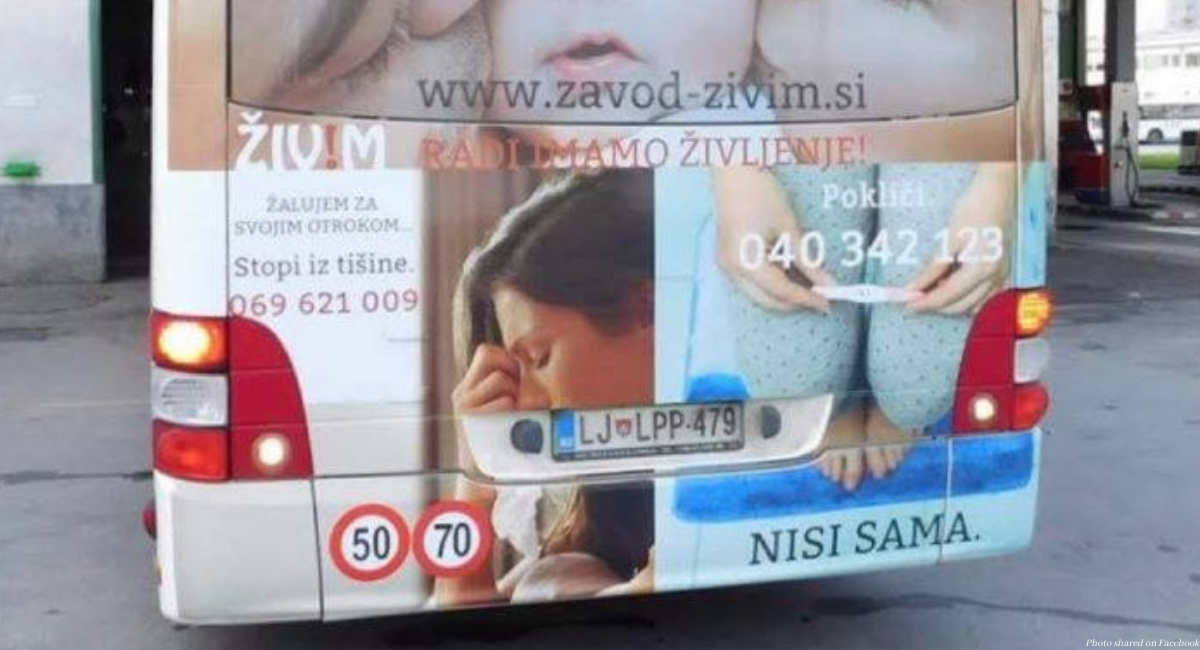 In a significant blow to free speech, a court in Slovenia has ruled in favor of censoring pro-life advertising, a Christian legal group announced last week.

According to ADF International, a state-owned bus company removed pro-life advertising from its buses in 2018. The ads featured messages like “We love Life, “You are not alone,” “Step out of Silence,” and “I mourn my child.” The bus company removed the ads just a week after signing a contract with the pro-life NGO Zavod ŽIV!M to display the ads.

“Every life is valuable,” said Darja Pečnik, the director of Zavod ŽIV!M. “We want to stand by women in crisis, especially those facing unplanned pregnancies or the loss of a child. Our bus ads were meant to show them that they are not alone. We are disappointed that the court agreed with the bus company that removed the ads. Our message, which celebrates life, should be celebrated, and instead we have faced discrimination for it.”

Earlier this year, ADF International released a statement on the case, and noted that state censorship is happening not just in Slovenia, but is an increasing problem across Europe. A similar incident occurred in the United Kingdom in 2018 when ads for a Christian festival were removed from buses. Fortunately, in that case, the court ruled that the removal of the ads was discriminatory.

These are just a few examples of pro-life censorship in the United States. It is imperative that pro-lifers continue to push back against the anti-life bias running rampant across the globe.