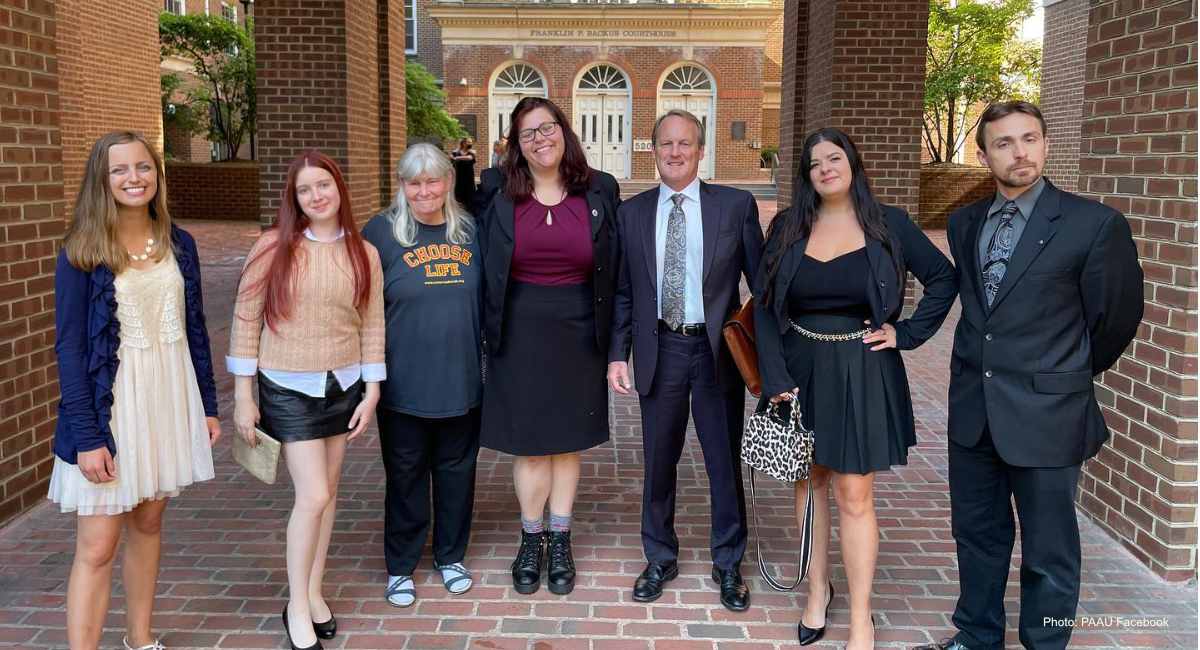 On Tuesday, July 12, six pro-life activists — Terrisa Bukovinac, Lauren Handy, Kristin Turner, and Cassidy Shooltz of Progressive Anti-Abortion Uprising (PAAU), and well as Joan Andrews Bell, founder of the Apostolate of Gloria Dei, and Jonathan Darnell, founder of Get Serious Church — were tried and sentenced for level 1 trespassing as a consequence of pro-life activism at the Alexandria Women’s Center in Alexandria, Virginia.

The six were arrested on November 16, 2021 after entering the Alexandria Women’s Center for a Pink Rose Rescue action, which a PAAU press release defines as “a nonviolent direct action in which activists enter abortion businesses, hand out life-affirming literature [and] pink roses[,] and offer hope and financial resources to the patients at risk of exploitation by the Abortion Industrial Complex.”

Staff eventually separated clients from the activists, taking them into a separate room, at which point the pro-lifers broke out in song and gave speeches until they were taken away by police.

Following their sentencing, Joan Andrews Bell made this statement: “Even with the overturning of Roe v Wade, there is this ongoing injustice to the smallest and weakest among us. The mothers and fathers of these children do not benefit from their death, nor does society. Whenever murder of the innocent is sanctioned by law, the whole of society is harmed.”

Terrisa Bukovinac, Founder and Executive Director of PAAU, stated: “The concept of a human non-person is one that has been used historically and exclusively to discriminate against whole groups of human beings, and in the case of abortion … that discrimination is lethal almost one hundred percent of the time. Rescuing these children from poisoning and dismemberment is an act of non-violence and a commitment to radical equality.”

Kristin Turner, Director of Communications for PAAU, stated: “The only guilty party is a court that imprisons people for putting themselves in between a butcher and a baby, but gives no punishment to the killer.”

Beginning July 12, PAAU will be holding peaceful vigils outside the Alexandria Detention Center at 2001 Mill Road each night at 5PM.