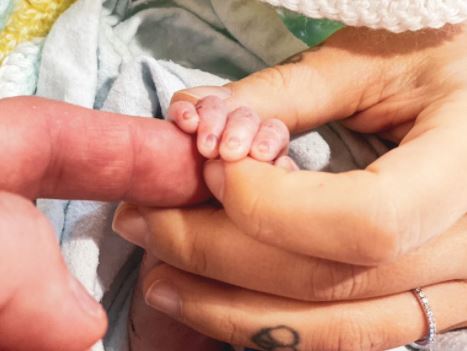 In January, Singer Christina Perri announced that she had miscarried a baby at 11 weeks and said she and her family were “shocked & completely heartbroken” by the loss of that child. “I’m so sad but not ashamed,” she said, according to CNN. “I am ever reminded how amazing and powerful women are at making life and at healing. To all the mothers who have been here and who will be here, I see you and I love you.”

“I am so sad but not discouraged,” she added. “When the time feels right we will try again, but today, we mourn our little life lost.”

Now, Perri has announced on Twitter that she has suffered the loss of another child. Her baby girl was stillborn, just days after Perri shared that the baby was being closely monitored and had a high chance of being born with “challenging issues.” 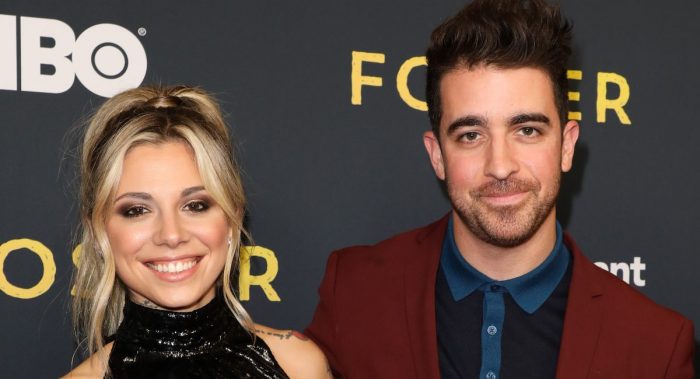 “[L]ast night we lost our baby girl,” wrote Perri. “[S]he was born silent after fighting so hard to make it to our world. [S]he is at peace now & will live forever in our hearts.” She included a photo of her baby girl’s hand wrapped around what appears to be husband Paul Costabile’s finger, along with Perri’s own hand. 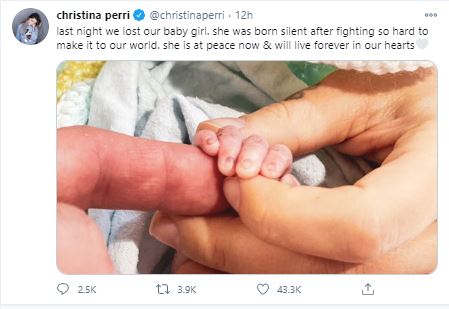 Perri, who was in the third trimester, had written on Twitter on November 11, that she was able to monitor the baby at home and that doctors believed the baby girl was going to have “some challenging issues when they arrive but hopefully i can stay pregnant a bit longer.” 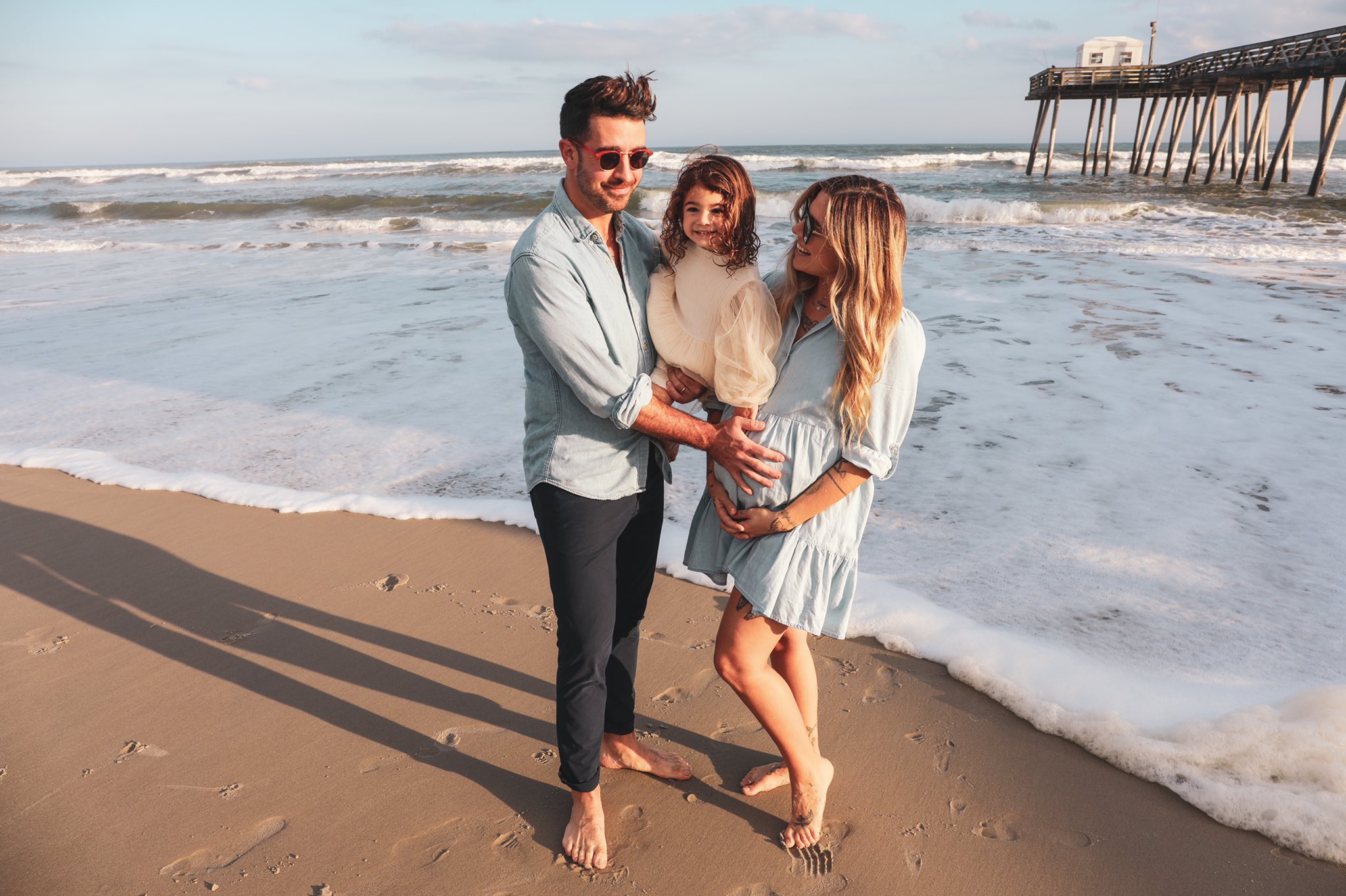 Two days prior, Perri shared photos from a maternity shoot and said that taking photographs of her pregnancy was not something she had ever wanted to do when she was pregnant with her daughter Carmella, who is now two.

“[B]ut then after a miscarriage in January, everything changed for me,” she said. “[I] truly am grateful to be pregnant and grateful to be a woman. [I] am so blown away by what our bodies can do. [I] don’t know if i’ll ever be pregnant again, so this time i’m going to celebrate and honor my pregnancy, my baby & my beautiful body.”

A stillbirth — the death of a baby in the womb after 20 weeks of pregnancy — occurs in one out of every 160 pregnancies annually in the United States.