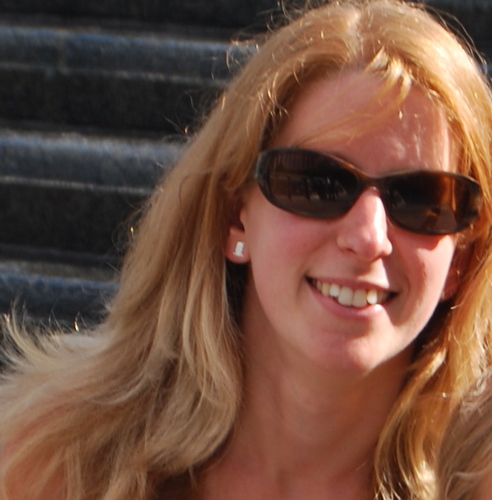 Jessica DelBalzo loves abortion. We know this because she wrote an entire post for RH Reality Check about her unwavering adoration for the legal termination of unborn children and her desire to keep abortion anything but rare. In her opinion, pro-choicers who say abortion should be rare are implying that abortion is wrong and are just trying to please pro-lifers. She writes:

Terminating a pregnancy is not an unethical act, yet suggesting that abortion should be rare implies that there is something undesirable about having one. …

Suggesting that abortion be ‘safe, legal, and rare,’ and crowing that ‘no one likes abortion,’ accomplishes nothing for women’s rights. … Rather than trying to cozy up to the forced-birth camp, women who value their freedom should be proud to say that they like abortion. In fact, they should venerate it whole-heartedly. Abortion is our last refuge, the one final, definitive instrument that secures our bodily autonomy. What’s not to love?

Apparently, without legal abortion, women would lose all control over their own bodies, and they might as well give up all of their other rights, too. But the first feminists of this country saw what abortion really is: the destruction of motherhood, which is the true gift of being a strong female. Women raise and influence future generations more than anyone. That’s power.

But equally distressing as DelBalzo’s deep devotion to abortion and her belief that it gives women power is her hatred for adoption. She works diligently to eradicate legal adoption because she’d rather kill babies than give them to a loving family. As with abortion, she doesn’t want adoption rare, either. She wants it gone. Seriously.

DelBalzo operates Adoption: Legalized Lies, a self-described grassroots initiative to put an end to adoption. The front page of the group’s website shows a child happily holding a handmade sign that says, “Adoption Hurts Babies.” This is perplexing, since adoption leaves a child not only alive, but in a loving home, while abortion either burns the child to death or dismembers it limb by limb. Even if birth parents can’t raise a child, they can give their child a good life, rather than allow her body to be ripped apart and thrown into a bin of medical waste.

In addition, for all of her love of abortion, DelBalzo ironically finds adoption to be “not only unnecessary, but also unethical.” She bases most of her reasoning on the tragedies of the Baby Scoop Era, a period from 1950 through the early 1970s during which unwed mothers were forced to hide their pregnancies and give their children up for adoption. This was obviously traumatic for these young mothers, who suffered from depression, post-traumatic stress disorder, and grief. But the Baby Scoop Era ended over 30 years ago. Since the legalization of abortion immediately following the Baby Scoop Era in 1973, over 54 million unborn children have been killed, each of them unnecessarily.

Abortion is the deliberate destruction of a human life. It’s feticide. No one can successfully dispute that. It is the most unethical legal act in existence. The years from 1973 until the end of abortion will someday be known as the Baby-Killing Era. To say adoption is the unethical choice is absurd and contemptible.

While birth parents often feel loss and grief, and adopted children often grow up struggling with their own sense of self, adoption is and will always be a better option than abortion. Rather than being dead, for instance, the child is alive and, more often than not, is happy, with a chance at a successful life. Plus, with the existence of open adoption, many birth parents can remain a part of their children’s lives or hope to be a part of them in the future as the children grow.

While DelBalzo’s extreme statements push the buttons of pro-life America, she is giving pro-choice America an opportunity to contemplate their position. Most pro-choicers I know have said that they themselves would never have an abortion, which means that deep down, they know it’s unethical and unacceptable. I hope that pro-choicers, if asked to state that they love abortion, might just begin rethinking their stance.