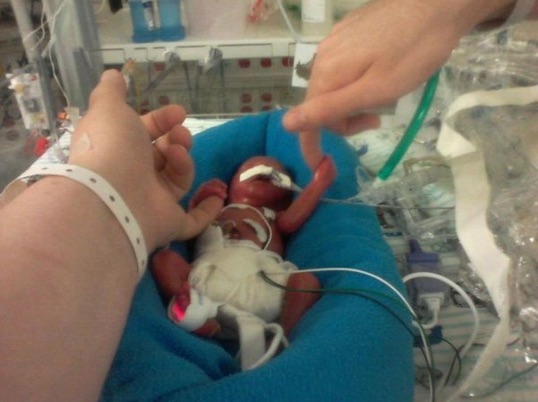 On January 29, the U.S. Senate voted 51-46 on the question of whether to proceed with the Pain-Capable Unborn Child Protection Act. The bill needed 60 votes cast to continue, but failed to find that number. Sponsors of the bill’s House version had called for doing away with the 60-vote requirement.

Senator John Cornyn (R-TX) estimated that the federal bill, if passed, would save 12,000-18,000 babies annually. The bill would have protected preborn children at 20 weeks and after from painful late-term abortion procedures, such as the D&E procedure.

Children at 20-weeks are conclusively known to feel pain, and a number of scientists and medical professional say these babies feel it even more intensely than born persons. Research has recently shown that preborn children can feel pain as early as the first trimester, well before this halfway mark of pregnancy. But still, 189 congressmen and 46 senators, from both parties, voted against protecting children from the excruciating death of a painful late-term abortion.

Pro-abortion Senators Elizabeth Warren (D-MA) and Mazie Hirono (D-HI) referred to late-term abortions as “peace” and “mercy,” and a saving from suffering for the preborn child. As one can see from the explanation of the procedure described above, this kind of intentional death — as well as every other type of abortion — is violent and brutal.

READ: What is abortion? By the abortionists who do it

Not only can preborn children likely feel pain well before 20 weeks, but they are also unique human beings whether or not they can feel pain, from the moment of conception. While the Pain-Capable Act does not address the humanity of preborn children in such a way, multiple senators stated it was a step in the right direction.

Another bill, introduced in the House earlier in 2018 would, if passed, protect children from abortion once a heartbeat has been detected. It is known as the Heartbeat Bill.

Because of Roe v. Wade and its companion case, Doe v. Bolton, the United States has allowed for elective abortions throughout all nine months of pregnancy for 45 years now. It is one of only seven nations which allow for elective abortions past 20-weeks and at pain-capable stages. Even the Washington Post acknowledged this “seemed extreme,” but confirmed it is a fact.

Micah Pickering, now a healthy 3-year-old, was born at 22 weeks gestation in 2012. Babies his age would have been protected under Pain-Capable Act.

During the bloc of time in which pro-abortion Democrat senators spoke on the Senate floor, many referenced a common but misleading talking point, pretending that women who undergo late-term abortions do so almost solely for medical abnormalities. Research shows, however, that most women have late-term abortions for socioeconomic reasons, which is the same reason many women cite for their earlier abortions.

Sen. Hirono even referred to late-term abortion as “life-saving” care, but research shows that these abortions carry much higher physical and psychological risks for women than early abortions (which also carry their own set of risks).

Now, because of 46 senators, the United States continues to hold a terrible distinction on human rights: it remains a nation that allows elective abortion until birth.