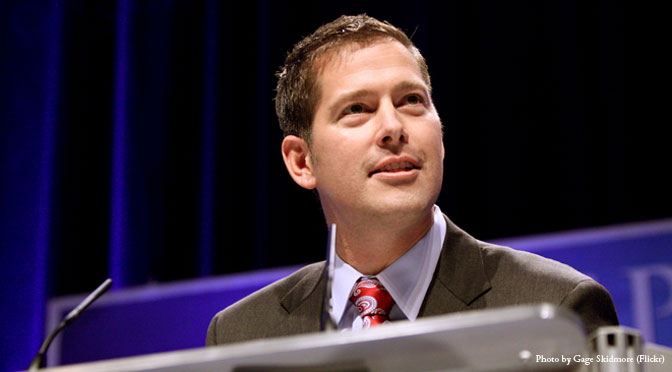 U.S. Representative Sean Duffy (R-Wisconsin) announced last week that he and his wife, Rachel Campos-Duffy, are expecting their ninth child. The couple has been married for 20 years. In a post on Facebook and Instagram, Duffy shared video of a sonogram in which their baby can be seen moving in the womb. He captioned the video, “God isn’t done with our family yet! Baby number nine coming to the crew this fall!”

Campos-Duffy also shared the sonogram video, adding in the caption, “Buckingham Palace isn’t the only one with big baby news,” referring to the media frenzy surrounding the pregnancy and birth of the newest Royal, Archie Harrison Mountbatten-Windsor. Campos-Duffy added, “Don’t tell us we’re crazy. We prefer brave and full of hope for America’s future!”

God isn’t done with our family yet! Baby number nine coming to the crew this fall! @rcamposduffy said it best – we aren’t crazy, we are just full of hope for America’s future! 🇺🇸

Duffy represents the 7th District of Wisconsin, which is the largest district in the state. He has served in this capacity since 2011. During his time in Congress, he has been a vocal advocate of pro-life laws. He also served on the House Select Investigative Panel on Infant Lives, which examined the evidence that abortionists were trafficking the body parts of aborted babies.

On the House floor, he has spoken out against the abortion industry’s targeting of minority communities, and the media’s silence on the horrific crimes of abortionist Kermit Gosnell.

When speaking against pro-abortion lawmakers’ refusal to defend the rights of Gosnell’s victims and babies born alive in botched abortions, Duffy, then a father of six, showed a photo of him with one of his children and spoke movingly of the vulnerability of newborns. He asked his colleagues, “When do we step forward and say we are going to defend the most defenseless and the most defenseless among us? When does this start?”

Congratulations to the Duffy family.