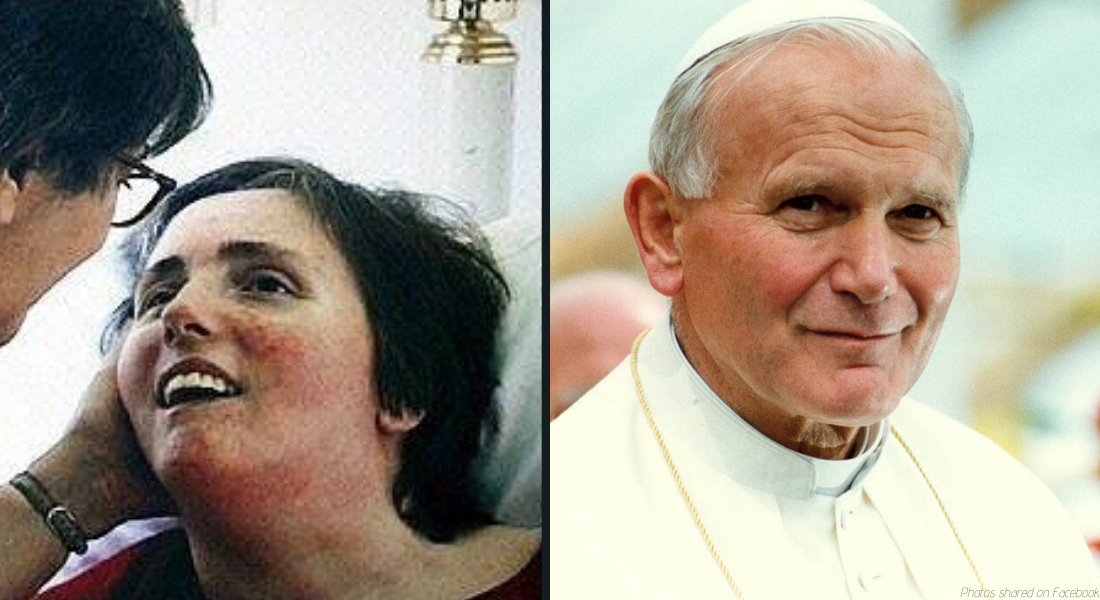 15 years ago, both Terri Schiavo and St. Pope John Paul II died, just days apart. Both deaths had a substantial impact on society, albeit for different reasons. Both Schiavo and the Pope faced disability, yet how they were treated was entirely different. One was given the best medical care possible; the other’s death was sponsored by the state.

The story of Terri Schiavo not only divided a family but the entire nation, as Americans debated whether or not a woman who was severely disabled had the right to live. In 1990, at the age of 26, Schiavo suffered massive cardiac arrest, and due to oxygen deprivation, was left with severe brain damage. Her husband, Michael Schiavo, originally vowed to remain by her side until her natural death and even filed a malpractice suit, from which he was awarded $2 million. He told the jury the money would go towards her medical care and rehabilitation, and that she would live a normal life span. But soon after the trial ended, he quickly did an about-face, ending all rehabilitative care and even trying to withhold antibiotics from his wife when she contracted an infection. Eventually, he claimed that prior to her injuries, Schiavo had told him she didn’t want to live her life this way and that her hydration and feeding tubes should be removed – sentencing her to a long, painful death.

This set off a court battle between Michael Schiavo and his in-laws, Robert and Mary Schindler. The couple wanted to continue caring for their daughter until the end of her natural life; Michael Schiavo had already moved on to a new fiance, whom he was living with and had already fathered children with. He used the money set aside for Schiavo’s care to fund his legal fight for her death. If his wife died, he would inherit all the money left aside for her, and been free to remarry. Yet these conflicts of interest seemed irrelevant.

Schiavo was not brain dead. She was not deaf and could follow directions; she smiled, tracked objects with her eyes, and responded to her name. She was disabled, yes, but she was not dying, in a coma, paralyzed, or in a persistent vegetative state.

Many Democrats, including President Bill Clinton, disagreed with removing Schiavo’s feeding tube. Despite numerous court battles, the state ultimately sided with Michael Schiavo, ruling that Schiavo could be deprived of food and water, despite the fact that she responded to stimuli and her body was capable of taking nutrition. She was cruelly killed by being slowly dehydrated and starved to death. And though advocates claim it’s a peaceful way to die, this is patently false.

Bobby Schindler, Terri Schiavo’s brother, laid out the brutal experience she was forced to suffer before she died:

After almost two weeks without food or water, my sister’s lips were horribly cracked, to the point where they were blistering.

Her skin became jaundiced with areas that turned different shades of blue. Her skin became markedly dehydrated from the lack of water. Terri’s breathing became rapid and uncontrollable, as if she was outside sprinting.

Her moaning, at times, was raucous, which indicated to us the insufferable pain she was experiencing. Terri’s face became skeletal, with blood pooling in her deeply sunken eyes and her teeth protruding forward.

Even as I write this, I can never properly describe the nightmare of having to watch my sister have to die this way. What will be forever seared in my memory is the look of utter horror on my sister’s face when my family visited her just after she died.

Schiavo died on March 31st, 2005. She was legally killed solely because she was a disabled woman whose husband did not want to care for her. And it’s because she was killed due to her disability that numerous disability rights groups filed amicus curiae briefs on her behalf, opposing her murder. Yet ultimately, it didn’t matter how many people spoke up to say Schiavo’s life mattered.

Karol Józef Wojtyła is a very well-known man, although not many people would recognize him by that name. In 1978, he was elected Pope of the Roman Catholic Church and took the name John Paul II. He eventually became one of the most beloved popes in recent history, renowned as a world leader in his own right, even for those who aren’t members of the Catholic Church. He’s credited for helping to end communism in Europe, and he traveled widely around the world.

Pope John Paul II died on April 2nd, 2005, just days after Terri Schiavo. He became a canonized saint on April 27th, 2014. And though he entered the papacy in 1978 a strong, healthy man, he died frail, weak, and disabled. Yet no one ever attempted to prevent him from receiving proper medical care; on the contrary, he received proper health care his entire life, up until the day he died. 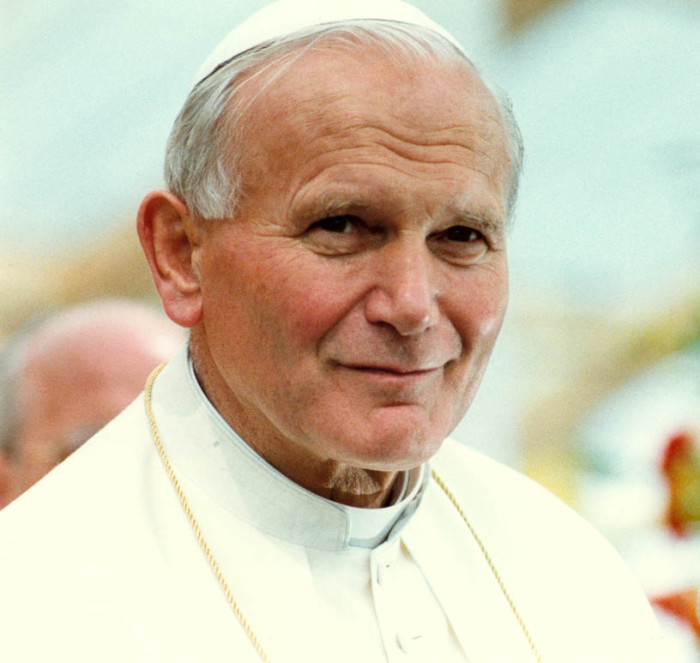 In 1981, Pope John Paul II was shot twice and rushed to the hospital in critical condition. He underwent emergency surgery and even experienced cardiac arrest at one point. He had to receive multiple blood transfusions, and for a short while, had a colostomy bag. Yet he ultimately recovered, notoriously forgiving his would-be assassin just days later.

Pope John Paul II was suspected of having Parkinson’s disease and in 2003, the Vatican officially confirmed the diagnosis.

Parkinson’s is a degenerative disease, mostly affecting the motor system, and causing shaking and tremors, as well as difficulty walking. As the disease progresses, dementia is common. Gianfranco Fineschi, an orthopedic surgeon who operated on him in 1994, was one of the first people to claim he had Parkinson’s and urged Pope John Paul II to rest more. “The numerous operations he has undergone and the Parkinson’s disease have caused him great suffering,” he said. “Every time he leaves for a trip or he wears himself out during a public appearance, I fear for him.”

Eventually, Pope John Paul II contracted a urinary tract infection and developed sepsis and multiple organ failure. In his final days, thousands upon thousands of people gathered to hold a vigil in St. Peter’s Square while he remained in his papal apartment. Knowing that people were praying for him outside, Pope John Paul II said, “I have searched for you, and now you have come to me, and I thank you.” He eventually fell into a coma, and later died.

Pope John Paul II, like Schiavo, battled injuries and severe disability. Yet no one doubted his right to live. The only reason Schiavo was viewed differently was she was not the beloved influential world leader that Pope John Paul II was. Schiavo had a family who loved her and fought for her life, but to society, she was expendable. It was decided, without her consent, that her life was not worth living. And yet, no one doubted that Pope John Paul II had every right to live, even with a disability that would only get progressively worse, and for which there is no cure.

Both of these people deserved the chance to live. No human being should be sentenced to death because they have a disability. Every life has value and dignity, and every single life is worth saving — whether it’s a pope loved by millions around the world or an everyday woman with only a handful of people in her corner.