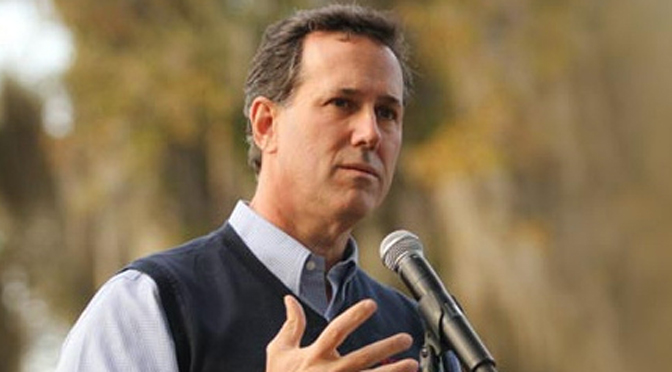 Republican presidential candidate Rick Santorum has publicly commented on ex-President Bill Clinton’s recently-unearthed comments speculating that the former Pennsylvania senator and his wife secretly aborted their son Gabriel and passed it off as a miscarriage.

“Their child died a few hours after delivery. One day he’ll be found out,” Clinton biographer Taylor Branch recalls the President saying in recordings obtained by the Washington Free Beacon. Branch “wondered if what he was saying was that it would be found out that what they said was actually an infant death was instead really an abortion.” Pro-choice Salon writer Irin Carmon concluded the conspiracy theory was false in 2012.

“It was very upsetting to the family that the president […] would think such a thing,” Santorum told National Review’s Joel Gehrke. “It just shows a darkness that I was surprised to see.”

The pro-life 2016 hopeful suspects that the rumor about his child “came from someone within the liberal/Democrat apparatus […] How much [Clinton] personally was involved with that, or his political team, I don’t know. I guess I wouldn’t be surprised, but I don’t know if there’s any truth to that.”

In addition, Santorum told the Daily Caller’s Alex Pappas that “to take that moment and put it in a context of some sort of twisted political game, that’s just really disturbing. And I felt like that that maybe provided some insight as to that world in which Bill and Hillary Clinton live.”