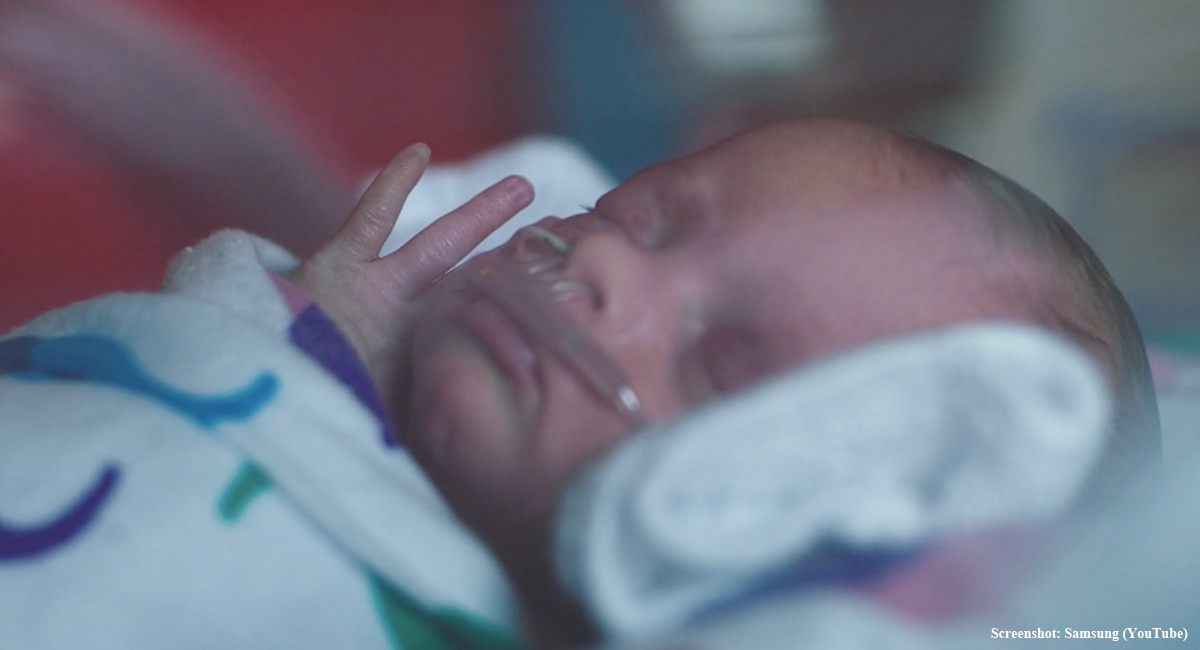 Prematurity can be difficult for babies and mothers alike, but new technology is helping to make it a more positive experience. An app created by Samsung helps to comfort premature babies in incubators by allowing their mothers to record the sound of their heartbeats and voices. The app then removes the high frequencies from the audio, to make it sound similar to how it did inside the womb, and is played on a speaker by the baby’s side.

Samsung notes that 15 million babies were born premature last year, unable to be nurtured by their mothers, who carried them in their own bodies for so long. The NICU environment, though lifesaving, can be stressful for babies, and that stress can lead to changes in the brain’s structure and function. This leaves them at higher risk for language and attention deficits.


READ: Premature babies soothed by songs created from their own heartbeats

“When I first came into the NICU, I came as a parent, and not a researcher,” Dr. Amir Lahav, assistant professor of pediatrics at Harvard, said. “I noticed that this environment is so different from the womb.” According to Samsung, the more relaxing environment provided by the app allows the baby’s brain to better grow and develop.

“Our research suggests this has two main advantages,” Lahav explained. “It helps the mothers be there with their babies virtually, even when they can’t be there physically. And it helps the babies by providing the maternal sounds they need for healthy brain development.”

More and more NICUs across the country are coming up with innovative new ways to help the tiniest babies survive. Wolfson Children’s Hospital in Jacksonville, Florida, for example, is using a music therapist who creates songs using the baby’s own heartbeat, which helps with patient heart rates, lowering blood pressure, and pain management, as well as easing anxiety.

Babies can begin to hear inside the womb earlier than previously believed, according to a study conducted by the Institut Marquès, in Barcelona, Spain. Babies can not only hear by 16 weeks gestation, they also respond to music, appearing to “sing” and changing their facial expressions depending on the music they hear. Preborn babies can also distinguish between different languages, and show a preference for their mother’s native tongue.