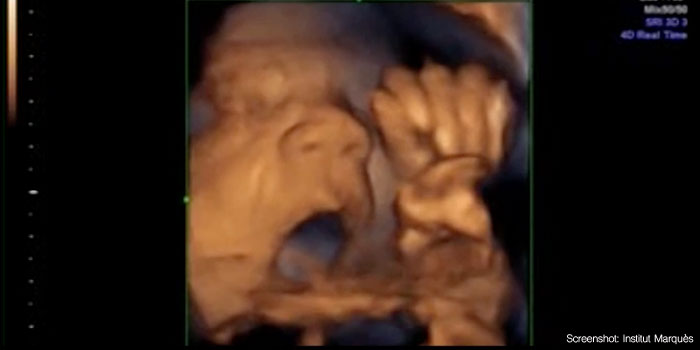 After playing a wide variety of music for 300 preborn babies, researchers from Spain released the results of their intriguing study in June. These babies were 18 to 38 weeks old, and their love for classical and traditional music was easy to observe. The tiny children were treated to an eclectic concert of Beethoven, Bach, Mozart, Christmas carols, Adele, Queen, and more.

The study was conducted by the Institut Marquès, in Barcelona, Spain. The Institut published an earlier study in 2015, concluding that “preborn babies can hear and respond to music much sooner than previously believed. ‘For the first time ever,’ it can be scientifically proven that a preborn baby detects and responds to sound at 16 weeks gestation” or when the baby is only 4.3 inches long. Naturally, the Institut Marquès now wanted to know which kind of musical sounds these children preferred.

In its 2015 study, the Institut captured preborn babies appearing to sing along to music when they heard it. This trend continued in the most recent study:

As the researchers observed the babies’ facial expressions and the movement of their tongues, the children’s musical preferences were quite stark. The study results state that babies were stimulated by “neither pop nor rock” and that “the same as newborn babies, [these children] prefer classic music to traditional music.” Mozart’s “A Little Night Music” and a Spanish Christmas carol ranked at the top of their categories. Queens’ “Bohemian Rhapsody” and the popular “Y.M.C.A.” were two exceptions to the general preference against pop and rock. Adele, while very popular with parents, was not so popular among their tiny offspring.

In addition to testing the babies’ musical preferences, the researchers threw in one twist: would the children prefer the high-pitched voice of Mickey Mouse or the voice of a human they were not related to? Mickey Mouse came out ahead by a significant percentage, showing, perhaps, that even the tiniest children know Mickey Mouse is safe, even if strangers are not.

It is very unusual that those movements are spontaneously produced during the second and third trimester of the pregnancy (only 3 to 5% do it without a specific stimulus). Therefore, the study lead [sic] by Institut Marquès demonstrates the importance of the early neurological stimulation, which can activate brain areas related to language and communication.

Once again, science continues to demonstrate the humanity of children in the womb, far before birth. Each child is unique, able to experience joy, able to appreciate music, and prone to a love for Mickey Mouse — just like any other human being.