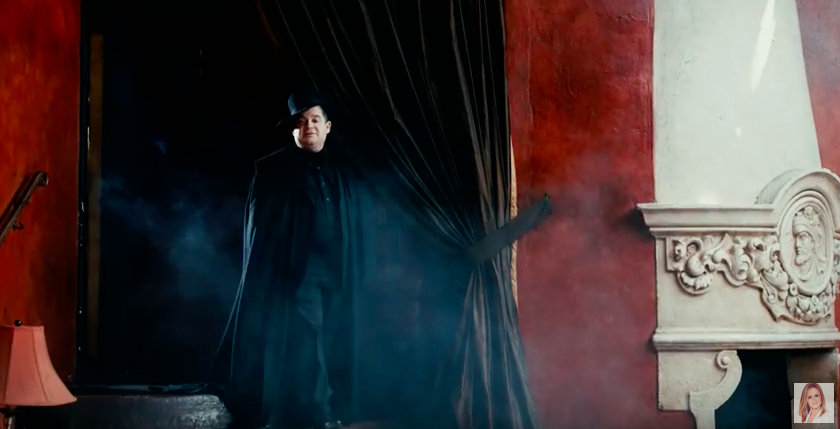 The segment featured claims from guests who could hardly be considered impartial or objective: Vicki Saporta, president and CEO of the National Abortion Federation, and Cherisse Scott, CEO and founder of SisterReach, a Tennessee-based pro-abortion organization (though Scott’s association wasn’t mentioned in the clip).

Comedian Patton Oswalt also appears in the segment as a magician, claiming, “Tonight we look at both sides of the equation: the truth, and the illusion.” But can we really expect the truth about pregnancy centers to be told by those who have everything to gain from the sale of abortions? Short answer: no.

Saporta claims in the clip, “They spread these lies, hoping to frighten women and to persuade them not to go ahead with obtaining the abortion that they want.”

The truth: These so-called ‘lies’ consist of information on fetal development and abortion risks, provided to inform women of all of their options before making a decision. Non-biased counseling cannot be expected from an abortion center, which directly profits from the sale of an abortion. Pregnancy centers, on the other hand, don’t charge for their services and have nothing to personally gain when a woman chooses life.

And what if abortion isn’t really “what the woman wants,” Ms. Saporta? Tragically, many abortions are coerced. A recent report indicates that 64% of women are pressured or forced into abortion. (For help if you or someone you know is in this situation, go here. Molly is an example of a woman who resisted the pressure and chose life anyway.) Countless more regret their decision even if it was a decision made alone. But the abortion industry pretends these women don’t exist.

They create the illusion that they’re an abortion clinic… by adopting names that are similar to abortion clinics, adopting the same logo, and fonts. They try to have women come in to have a free pregnancy test, or free ultrasound, and then their goal is to detain them… they locate next to an abortion clinic, sometimes in the same building,

It may seem silly to complain about fonts and logos, or of offering free services, but that’s the logic of the abortion industry. What really stands out here, though, is the underlying assertion that offering actual choices to women is a bad thing.

As abortion is never the only choice a woman has when facing an unplanned pregnancy, you’d think abortion advocates would welcome a place that offers women choices other than abortion. Well, no. That would cut into their profit margins.

National Abortion Federation CEO Saporta then claims that “women are given false ultrasound results,” after bemoaning how pro-life pregnancy centers do not have the proper staff.

The truth: Centers which offer ultrasounds do so with the necessary training and credentials. And Project Ultrasound will only assist centers that have or are “in the process of attaining the legal certification to offer ultrasound services in their state.”

Saporta conveniently leaves out the fact that abortion clinics don’t typically show ultrasounds to their patients, sometimes flatly refuse a woman’s request to see her ultrasound or turn away the screen, and that they lobby against laws that would require an ultrasound be shown to a woman before an abortion. (So much for the illusion of actually caring about women’s ultrasound results, Ms. Saporta!)

… want women to believe there will be long-term negative consequences, like they won’t be able to have children, like they will suffer from post-abortive stress syndrome or that they would have an increased risk of breast cancer. They make them wait hours for the results of a pregnancy test which are pretty instantaneous, in order to make them listen to sermons and hear their propaganda and false medical information.

The truth: Such “long-term negative consequences” are discussed by the centers because that’s what an abortion may actually do to a woman. There are multiple risks, which include infertility, post–abortion syndrome, and an increased risk of breast cancer that abortion clinics aren’t willing to admit.

Those who consult pregnancy centers for free tests are most certainly not forced to “wait for hours.” Rather, each woman has an opportunity to speak with a caring person who informs her of the fact that help is indeed available to her, should she choose to carry her child to term. Some women accept that help, and some do not. Nothing is forced upon women, and women are not held hostage, though Saporta certainly presents it that way.

Cherisse Scott is introduced and is referred to as a “crisis pregnancy center mark.” Bee is shown acting out what she believes is done at pregnancy centers: a botched ultrasound and religion mixed with care. Cherisse Scott claims that pregnancy centers “disappear[] without a trace” once a woman carries and gives birth to her baby. Contrary to what may have been her own lamentable experience, many centers do continue to provide support and help well after the baby is born, to assist both mother and child.

While Scott claims “they [the pregnancy center] weren’t there,” she also has a troubling message about her son:

He deserved to be able to come into a loving situation, not in a situation where I was confused, because of a lie. I love my son, absolutely. But I’ll be very honest with you, if I could do this all over again, I would have an abortion.

Yes, re-read that. Scott claims a pregnancy center “lied” to her – and because of this, her son is alive, but she would prefer it if he were dead. How unbelievably tragic.

NAF’s Saporta ends by lamenting the fact that “there are more than twice as many fake clinics as there are legitimate abortion providers in the United States.”

Maybe someone should tell Ms. Saporta that abortion facilities are closing, not because of pregnancy centers, but because women don’t need them.

How many women die in pregnancy centers, Ms. Saporta?

Patton Oswalt has the nerve to ask, “How do these con artists stay out of prison?” Apparently, to these pro-abortion sycophants, telling women about real abortion risks and offering them alternatives warrants prison time – but where are their cries for justice when abortionists kill and maim women?

Crisis pregnancy centers hide behind the fig leaf of the First Amendment, which I guess gives them the right to trick scared teenagers into not seeing a doctor. No one’s stoping them. The government’s behind it! State governments give millions of your tax dollars, to these d*ckheads…

Number one: No one is tricking anyone, and no one is trying to keep teens from seeing physicians. Pregnancy centers are there to offer alternatives to abortion – and, since childbirth is one of those alternatives, then clearly, encouraging a teen to see a doctor (one who would care for her baby, not kill him) would be important. Pregnancy centers connect teens with doctors who can care for them.

Number two: Some places are unfortunately attempting to stop pregnancy centers from offering only alternatives to abortion. California is one of them.

Places that offer women alternatives to shelling out cash for abortions are just not welcome according to those who claim to stand for “choice.”

“Tricks and illusions are fun, but crisis pregnancy centers are just plain a**holes!” says Oswalt. Sorry, but the women and children who have been and continue to be helped by pregnancy centers would beg to differ. Each year, Babies Go to Congress provides the chance to communicate that message.

The real “trick” is on Samantha Bee’s audience, who have been fed the illusion that abortion profiteers are innocent bystanders and experts on the operations of pro-life, non-profit pregnancy centers.