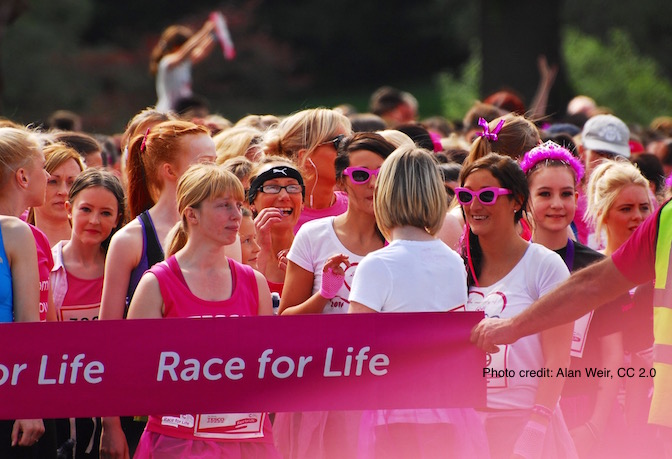 Pink ribbons everywhere—we saw it only weeks ago when Breast Cancer Awareness Month concluded. It’s an eye-catching symbol, particularly for cancer survivors. A recent research study should also make us take notice, stating that: “Between 1970 and 2014, the probability of U.S. women contracting breast cancer has more than quadrupled.”

Yet in the fight to stop cancer, certain knowledge has been missing.

Cancer research organizations have made a capable effort to educate women regarding breast cancer risk factors—except for one. As summarized by a leading pregnancy help coalition: “The overall risk of developing breast cancer among women who had one or more induced abortions was significantly increased.”

While a multitude of research studies conducted worldwide confirm the abortion-breast cancer (ABC) link, these findings are often disputed and debated. Because I’ve experienced an abortion at Planned Parenthood, survived breast cancer and now help counsel women, I have a personal stake in discovering the truth.

We need our medical professionals to tell us the truth.

Meanwhile, National Review reports that a “meta-analysis of 36 studies from mainland China reported a 44 percent overall increase in breast-cancer risk among women who had had an abortion.”

If abortion were not a politically protected procedure, there would be agreement based on the facts: abortion is a risk contributor for breast cancer. If women were given fair warning of the risks attributed to abortion—breast cancer being one of them, post-abortion trauma another—I firmly believe women would think twice before choosing abortion.

But both big government and the abortion industry has sold the procedure as “safe” for years, so turning that ship away from the iceberg becomes harder to do. The sad fact is that in all this time, there remains too much talk and too little action. While this political controversy persists, the losers are millions of women worldwide who risk their health because they simply are not informed of the risks. While I have pored over research on this subject, I readily admit there are medical experts with more initials behind their names. What follows are observations about the abortion-breast cancer (ABC) link from a concerned counselor with personal experience:

Consider that last finding. In counseling, this is known as recall bias. Some women who have had an abortion would rather do anything than give up their hidden secret, I’ve observed firsthand. If recall bias is the reason for “faulty research data”—stemming from the fact that so few women openly admit they have had an abortion, or have erased that portion of their lives from memory after suffering from post-abortion stress—isn’t it time to break through the walls of silence surrounding a past abortion?

Until I went through my own post-abortion recovery, I never revealed my abortion… even to a physician. “Don’t you think that’s an important medical fact that should be disclosed to your medical practitioner?” my gynecologist asked in a recent conversation.

She’s right. Yet in all my decades of doctors’ appointments, only once did any medical staff specifically ask if I have had an abortion.

Since the U.S. declared abortions legal in 1973, millions of women in this country alone have been told abortions are perfectly safe—with absolutely no repercussions. Yet we continue to uncover an increasing number of risk factors to women’s health, all stemming from abortion.

Women in America and across the world deserve objective analysis of medical data. Researchers and reporters must seek truth first, rather than allowing political correctness to dictate their narrative.

Debby Efurd is president and co-founder of Dallas-based Initiative 180 and its program of recovery, Peace After the Storm. She is the author of Go Tell It! (which released nationwide on September 1) and a blogger for Bound4LIFE International, a grassroots movement to pray for the ending of abortion and for revival worldwide.