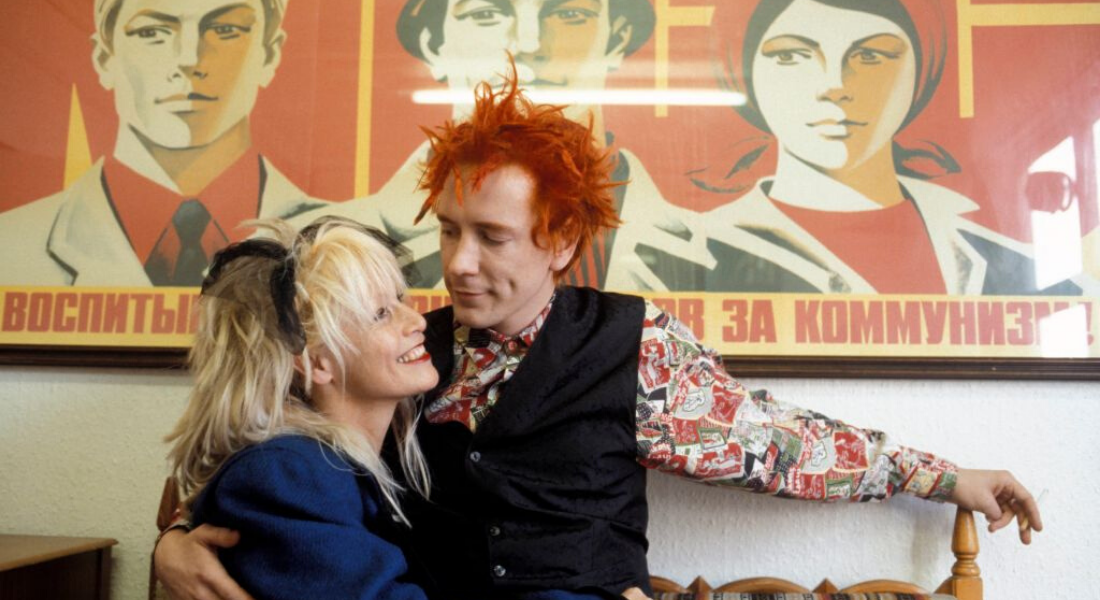 John Lydon isn’t a name many people may recognize. But fans of punk rock will recognize his alter ego, Johnny Rotten, through which he led the notorious Sex Pistols. And yet despite what his reputation may lead people to believe, Lydon has spent almost 40 years devoted to one woman: his wife, Nora Forster. He’s since opened up about her struggle with Alzheimer’s, and how he remains devoted to her even as the disease progresses.

In an interview with The Mirror, he revealed that he is Forster’s full-time caregiver. “I won’t let anyone mess up with her head,” Lydon said. “For me, the real person is still there. That person I love is still there every minute of every day, and that is my life. It’s unfortunate that she forgets things; well, don’t we all?” A year ago, Lydon went public with the news of Forster’s diagnosis, and revealed she still lives with him in Los Angeles.

“I suppose her condition is one of like a permanent hangover for her. It gets worse and worse, bits of the brain store less and less memory, and then suddenly some bits completely vanish,” he explained, adding that she always seems to remember him. “It’s quite amazing as the alleged experts we have had to deal with at enormous expense have said that they have been very impressed that she never ever forgets me, we are constantly there with each other [in her mind] and that bit won’t go. “Why pay for professionals to work on this when I think the message is a bit of love goes a long way.”

Lydon and Forster’s relationship didn’t get the level of media attention as the love story of fellow Sex Pistols rocker Sid Vicious and Nancy Spungen. Yet Lydon and Forster’s is much more moving. Though Forster, a German publishing heiress, is 15 years older than Lydon, they were immediately smitten with each other, and wed in 1979. Forster had a daughter, Ari Up, who fronted another British punk band, and in 2000, Forster and Lydon became the legal guardians of Ari’s twin sons. In 2010, they took in Ari’s daughter as well, after Ari died of breast cancer. Lydon told Yahoo! Entertainment in a 2015 interview how they’ve been able to last so long together, defying the odds against virtually every celebrity relationship.

READ: Man writes about caring for wife with Alzheimer’s: “I have been blessed”

“[P]eople like me and Nora, we spend the time and take the effort to understand each other,” he said. “And that then it becomes a life’s work in progress. And for my way of living, that’s how it want it to be. I don’t take commitments lightly. I don’t treat fellow human beings as tools of my trade. So there you go — I’m a loyalist at heart.”

He also told Yahoo! that he was never part of the casual sex scene of the rock world. “I was aware of people that were attracted to me, but not because they knew anything at all about me. It was the fame and fortune. And those kind of people, I don’t want around me. That’s not me being moralistic. … It’s a sense of values. I have to feel that person respects me for who and what I really am… And once I make the commitment, it’s forever.”

And the only woman for him, he says, is Forster. “I can’t think of a better woman on God’s earth than Nora. If we ceased to function as a couple tomorrow there would be no one else. Not ever. I mean it,” he told Yahoo!. “The idea of losing Nora is unbearable. If one of us goes before the other it will be murder for the survivor. She is older than me but women live longer, so we should die at exactly the same time. That would be perfect.”

It’s more important than ever for people like Lydon to speak positively about caring for their spouses or family members with Alzheimer’s or dementia. Assisted suicide is often pushed onto dementia patients, with media outlets describing the murder of persons with dementia as acts of love. Yet people with Alzheimer’s and dementia, or any disability, are not burdens. They are human beings, who deserve love and dignity and kindness — exactly the care Lydon is giving his wife.