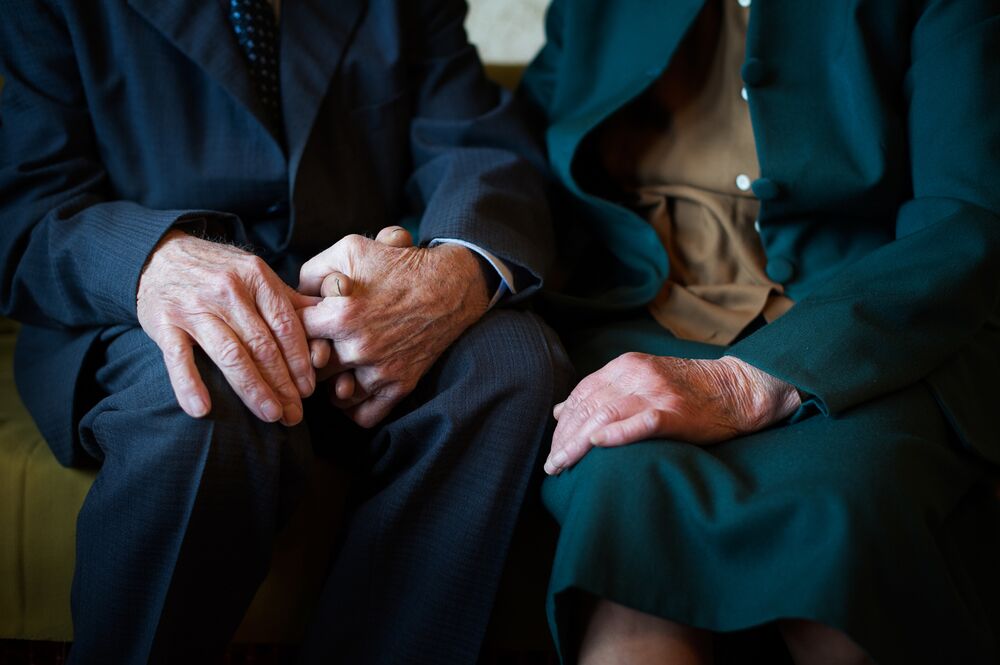 Often, when we hear about adults with terminal illnesses, it’s in relation to the debate over assisted suicide and euthanasia. Degenerative illnesses that slowly kill are understandably seen as a person’s worst nightmare. After all, no one wants to slowly lose their memories and their ability to function. No one wants to be trapped inside a body that slowly becomes frozen. And so the idea of assisted suicide becomes attractive, thanks in large part to the persuasive catchphrase: “death with dignity.” The implication is that living with, and ultimately dying from, a disease like Alzheimer’s or ALS is undignified.

For one man, that couldn’t be further from the truth.

Larry Peterson’s wife Marty has Alzheimer’s. For him, the ability to take care of his wife through her illness is a blessing. He describes a typical day with his wife — fielding questions from her, making her dinner, and doing what he can to keep her happy. People with Alzheimer’s can become agitated and frustrated, so he spends much of his time trying to keep that from happening. He ends the days exhausted — but he sees more in her than just Alzheimer’s.

I was mentally worn out, as I regularly am these days, but as I looked at her I could see that the innocence of childhood had come back from an unknown place and once again embraced her. I also knew that when she awoke in the morning she would not remember anything of what had happened.

Since I do not punch a clock, I have the joy of being able to attend daily Mass at 8 a.m.. Marty will wake up at about 7 a.m. and ask me, “Are you going to church?”

She will ask, “Will you take me with you?”

Because he is able to be a caregiver to a child of God, he said, he is blessed.

Around a year ago, a Briton with lung cancer was euthanized at Dignitas, the notorious assisted suicide clinic in Switzerland. His wife, Ann, had been killed there 18 months earlier. The man, Bob Cole, said that living with cancer made him “like an animal,” that it was not a life, and that he wanted to be able to die with “dignity.” It’s a typical pro-euthanasia argument, because no one wants to live through pain and suffering. But pain and suffering do not make a person’s life (and death) undignified. Peterson illustrates that beautifully. Even though his wife has an incurable illness that robs her of her memories, her personality, and eventually, her life, he still sees her as a child of God who he is blessed to be able to take care of each day.

Many people who choose assisted suicide do so because they are afraid that they will be a burden to their family members. How much of a difference would it make if more people followed Peterson’s example? Pain and suffering does not rob someone of their dignity. And assisted suicide confirms the worst fears of a person who has a terminal illness: that their humanity has been robbed from them, that they are a burden on their family members, and it would be better for everyone if they were dead.

Peterson is a living example of how life with a terminal disease doesn’t mean life without love or dignity or value.