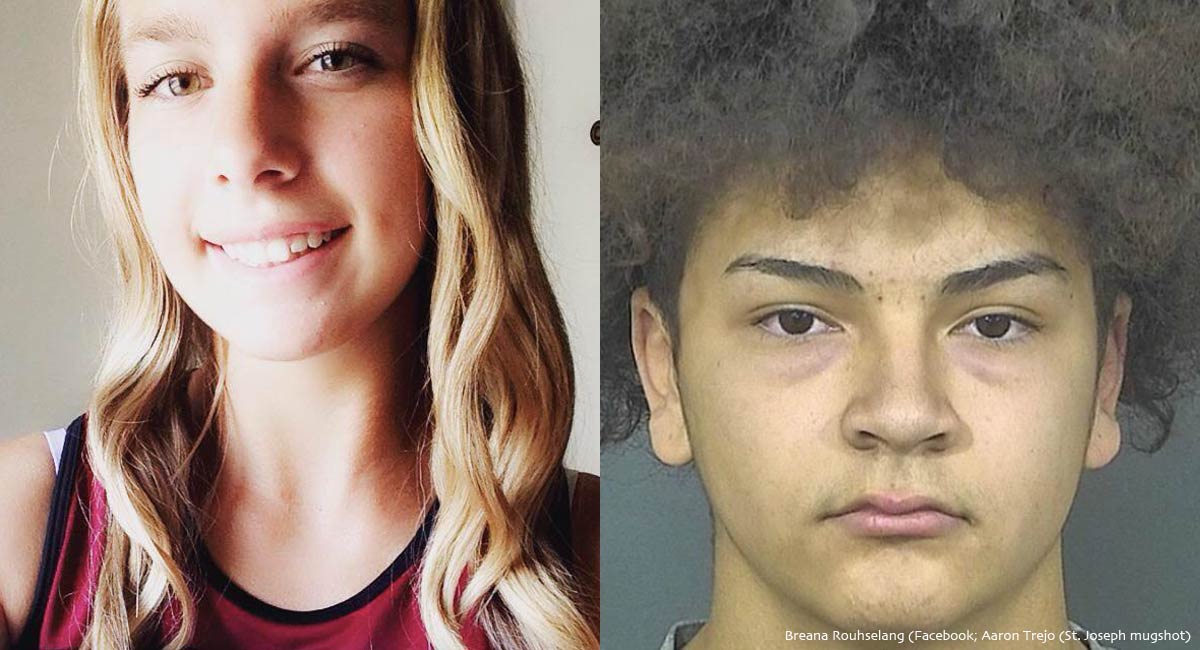 An Indiana teen who admitted to killing his pregnant schoolmate and their preborn child has been sentenced. Aaron Trejo, 16, received 55 years in prison for the murder of 17-year-old Breana Rouhselang and 10 years for feticide in the death of their preborn child — a total of 65 years. Rouhselang was a cheerleader and softball player at Mishawaka High School and Trejo was on the school football team.

According to Fox 59, Trejo pled guilty to the charges against him and admitted to having fought about the preborn child with Rouhselang before stabbing her in the heart in December 2018 with a knife he had brought with him to meet her. He put a black plastic bag over her head and torso and threw her in a dumpster. He then disposed of her phone and the knife he used to kill her by tossing them in a river.

Trejo told police that he stabbed Rouhselang because she told him it was too late to have an abortion. She was six months pregnant at the time of her death, according to information her mother told police.

As previously reported by Live Action News, Trejo told police that he “took action… I took her life” because Rouhselang reportedly “waited too long to tell [him] about the pregnancy to get an abortion.” Trejo also told police that “he had been planning and thinking about killing Breana and the baby for about a week and had not told anybody.” Live Action News also previously noted:

According to the Centers for Disease Control, murder is the second leading cause of death by injury among pregnant women, second only to car accidents.