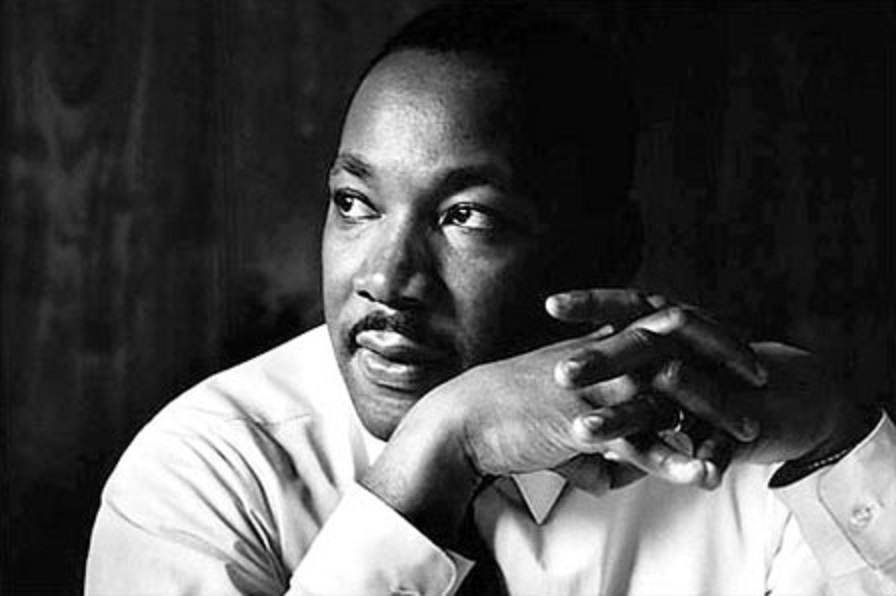 The celebration of Martin Luther King Jr.’s birthday often brings with it attempts to twist and pervert his legacy to score political points.

So begins Imani Gandy, RH Reality Check’s Senior Legal Analyst, in her January 22nd piece. True enough, but what follows is not a good-faith call to keep historical figures above the fray; it’s an attempt to scandalize whatever genuine implications Dr. King’s principles may hold for the abortion debate…

[T]here are the anti-choice advocates who call upon Alveda King, Dr. King’s wildly intolerant niece, to help spread their regressive agenda and promote lies about Planned Parenthood, Margaret Sanger, and abortion in the Black community.

All of these systematically degrade the dignity of Black women in an effort to control our reproduction and lives.

Oh my. Even more degrading to blacks than killing them in the womb? How? Let’s find out:

In an article purportedly honoring Dr. King, Republican hopeful Ted Cruz misappropriated Dr. King’s words and legacy advocating for human and civil rights in order to advocate for denying those rights to women. According to Cruz, when Dr. King said “Now is the time to make justice a reality to all of God’s children,” apparently the good reverend was talking about embryos and fetuses rather than Black people.

Nowhere in that article does Cruz presume to know King’s view of abortion, or claim to be articulating his thoughts on the subject. Instead, Cruz simply explains that abortion is inherently incompatible with the things King did say. But refuting Cruz’s interpretation and arguing that “Now is the time to make justice a reality to all of God’s children” somehow doesn’t include God’s children in the womb would have required Gandy to write a very different and more challenging article, which wouldn’t lend itself to faux indignation quite so easily.

Wrong. Nothing could be further from the truth.

None of this explains how the preborn aren’t God’s children (King’s words), or why they deserve no consideration. It’s purely just a list of slogans. Really inspires confidence in the “senior” label at RHRC, doesn’t it?

Moreover, Alveda King gets it exactly wrong when she says that abortion and racism are “evil twins born of the same lie.” In reality, when it comes abortion rates in the Black community, racism isn’t abortion’s evil twin—racism is abortion’s progenitor.

As Black women were dragged to the United States and forced to work for free, and as they turned to do-it-yourself abortions to control their own reproduction and prevent their offspring from immediately becoming the property of white people and white supremacy, racism was the driving force.

Gandy seems not to realize that “racism spawned abortion” falls well short of conveying “abortion is good.” In fact, it seems to actually reinforce Alveda King’s point that abortion is something ugly and born of evil… not unlike racism. Horrible and unjust circumstances create plenty of other terrible things. That doesn’t mean they aren’t also horrible and unjust.

Gandy goes on to reiterate the tired old spiel about pro-lifers disrespecting black women, not caring about the root causes of abortion, etc. Next comes some lazy complaining about supporting abstinence and crisis pregnancy centers being “ludicrous” abortion alternatives from people who aren’t “truly serious” about solving the problems (wrong, Imani—see here, here, and here), then she finally gets to her titular complaint:

As for Dr. King, we don’t know whether he would have favored access to legal abortion or not. We know his wife did during her lifetime. We know that he wrote about the importance of publicly funded family planning programs. We know that in 1966, his wife accepted a Margaret Sanger Award on his behalf, bestowed upon him by Planned Parenthood “in recognition of excellence and leadership in furthering reproductive health and reproductive rights.” We know that he served on a sponsoring committee of a Planned Parenthood study on contraception in 1960 and wrote, “I have always been deeply interested in and sympathetic with the total work of the Planned Parenthood.”

But what else could we possibly claim to know about his views on abortion? Nothing.

This is a step up from blithely assuming King would march in lockstep with Cecile Richards today, but it still leaves out a few things—like the fact that his Planned Parenthood award in 1966 came just two years after Planned Parenthood was emphatically distancing themselves and their birth control business from abortion, bluntly stating that “abortion kills the life of a baby after it has begun,” is “dangerous to your life and health,” and “may make you sterile so that when you want a child you cannot have it.” The first Planned Parenthood to perform abortions didn’t start doing them until four years after the award, and two years after King’s death.

So even if he never said a word about life or God or killing or human equality, the fact remains that his sympathy toward pre-abortion Planned Parenthood and their pre-abortion work simply is not evidence of pro-abortion sympathies.

And while Gandy rightly notes that people cannot know the private thoughts of people we’ve never met, she commits the same breach of humility in presuming she knows better on the subject than one of King’s own blood relatives. Alveda King is not merely imprinting her own pro-life biases on her uncle’s public statements; she’s speaking from firsthand knowledge of her family’s values—speaking at length about how her grandfather and his grandfather, Martin Luther King Sr., passionately preached against abortion, including urging Alveda’s own mother to let her live.

To assume that Martin Luther King Jr. would inherit his father’s faith and principles and compassion about everything except abortion would be a stretch, to say the least. But it’s a stretch Gandy and her ilk have to make to pretend they’re following the footsteps of history’s heroes rather than its villains. A stretch they have to pad out with churlish ad hominem that pro-lifers “not only would have undoubtedly virulently opposed Dr. King when he was alive, but I dare say, would have considered him a dangerous radical.”

So rather than respond in kind, I will merely leave you with one last quotation from Dr. King, and ask you who seems to be more closely echoing his words today:

[T]he next thing we must be concerned about if we are to have peace on earth and good will toward men is the nonviolent affirmation of the sacredness of all human life. Every man is somebody because he is a child of God […] We are all one in Christ Jesus. And when we truly believe in the sacredness of human personality, we won’t exploit people, we won’t trample over people with the iron feet of oppression, we won’t kill anybody.