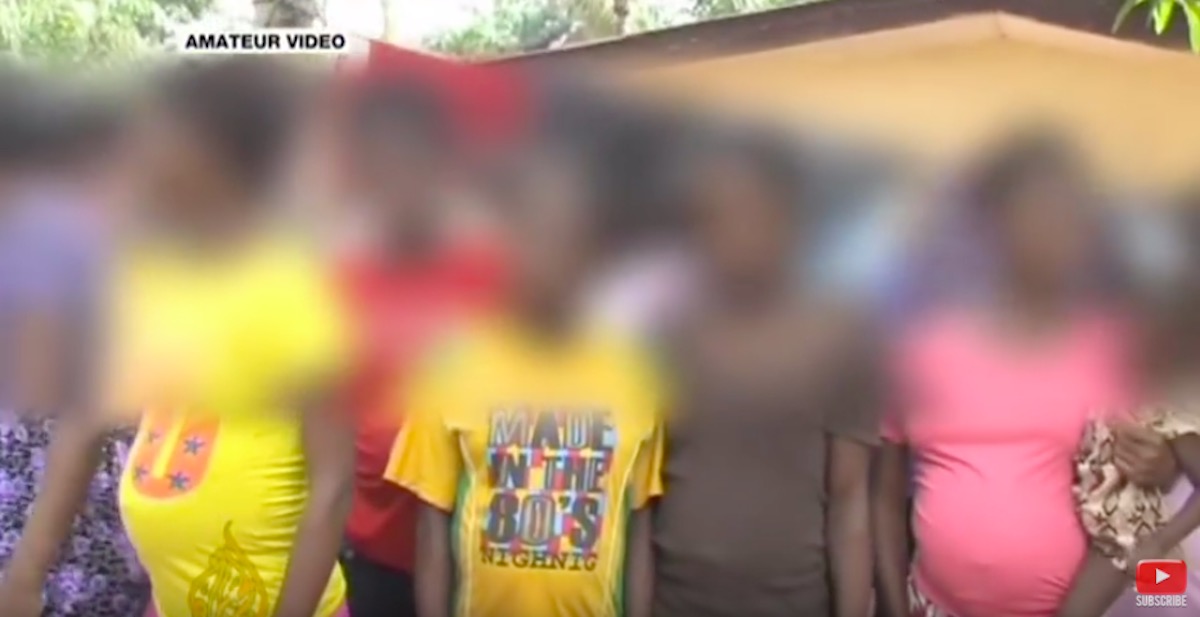 Nigerian police have freed women who were kidnapped with the purpose of being raped, impregnated, and their babies sold. The 19 women were brought from all over the country after being told they were going to be given legitimate jobs. Instead, they and their babies became victims of human trafficking.

According to police, the ages of the women ranged from 15 to 28, and four babies were also found. “The young women were mostly abducted by the suspects for the purpose of getting them pregnant and selling the babies to potential buyers,” Lagos police spokesman Bala Elkana said in a statement to Reuters. “The girls were tricked with employment as domestic staff in Lagos. Boys are sold for 500,000 naira ($1,630) and girls for 300,000 naira ($980).”

One of the victims had become pregnant by her boyfriend, and her aunt told her to go to Lagos for a job. She was induced into labor when she was just seven months pregnant, when her baby was still premature. “After being in labor for three days, that was when police raided the place and took all of them,” she told Reuters. “The baby came out weak and finally died.”

READ: If you’ve been abused or trafficked, there is healing… and there is hope

Another victim spoke to Vanguard about her experience, and how she was forced into prostitution. “My friend who left Uyo last year, called me to say that someone was looking for house help,” she explained. “I borrowed money to come to Lagos. One woman came to pick me at the park and brought me here. The next day, I was summoned by our madam, who told me that I would not leave the premises until next year. Being a newcomer, my customers only came at night to have sex with me. So far, I have slept with seven different men before I discovered I was pregnant. I was told that after delivery, I would be paid handsomely and that if I decided to leave after then, I could. My pregnancy is in its second trimester.” She also said she wasn’t able to call relatives for help, because her captors took her phone away.

A third victim spoke to the BBC and said that she tried to leave when she realized her baby would be sold, but she was kept there against her will.

Two women who worked as “nurses” were arrested, but the main suspect behind the trafficking is still on the run.

This is far from the only one of these so-called “baby factories”; they are, in fact, common in Nigeria, with police raiding them only for new ones to pop up. In another raid that took place last year, for example, over 160 children were recovered. In that raid, the children weren’t all being sold. Some were placed for adoption, but others were trafficked to Europe, forced into child labor, or killed. Seventeen teenagers were also rescued in 2013, who were allegedly all raped and impregnated by the same man.