Abortion exceptions such as reasons of rape, incest, or life of the mother, make up a very small percentage of overall abortions, according to recent data analyzed by the Charlotte Lozier Institute (CLI). “Overall, common exceptions to abortion restrictions are estimated to account for less than 5% of all abortions,” CLI’s report, dated August 2022, states.

CLI’s report reveals that abortion “exceptions” are a small percentage of abortions: 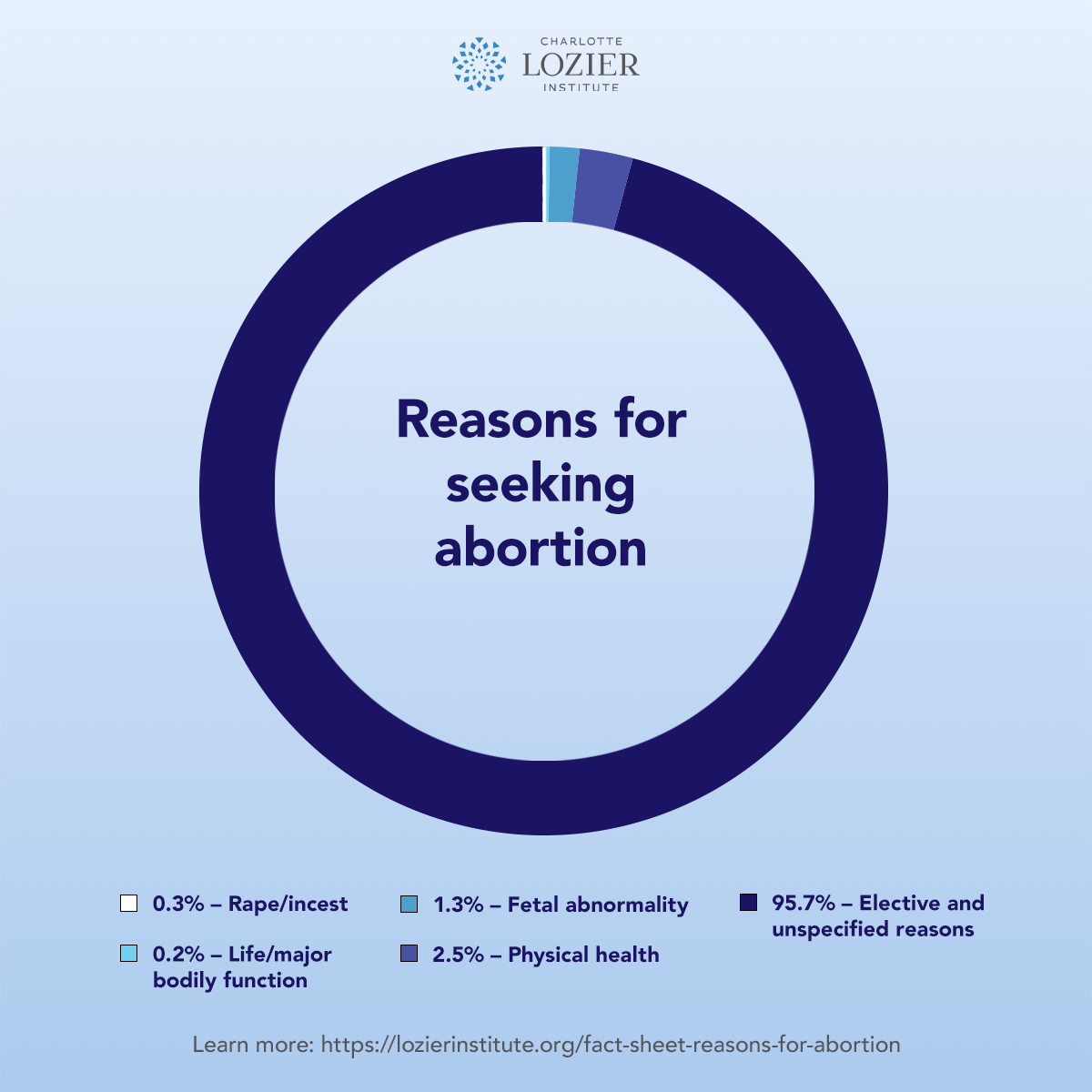 A small number of states require reporting abortion by reason

Florida’s 2021 abortion report revealed that 79,817 abortions were committed that year with over 74% committed for elective reasons, nearly 21% (16,983) for “social or economic reasons,” and just .14% occurred due to a life endangering physical condition.

Louisiana’s 2020 report indicated that out of 7,473 total abortions, just .4% were committed for rape or incest while .2% were done for fetal anomaly. 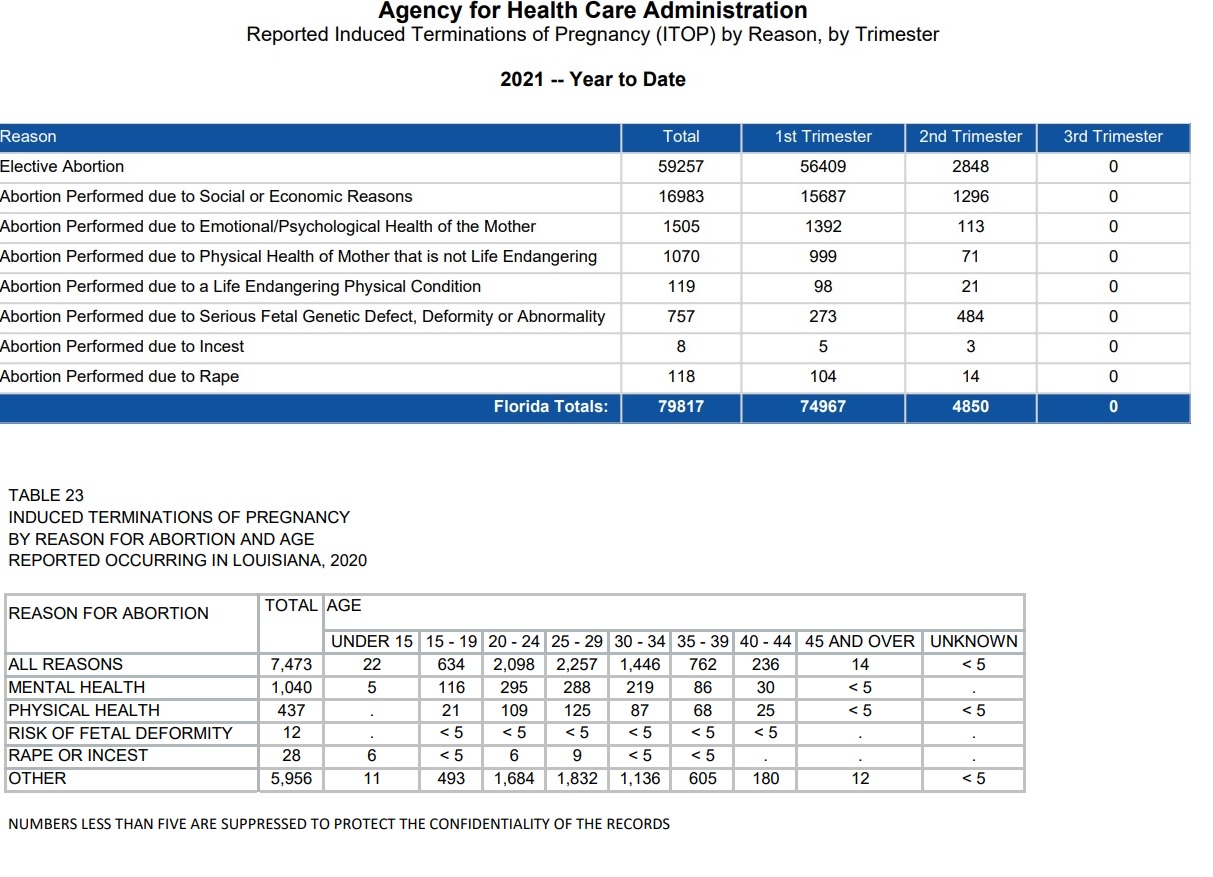 Abortion by reason Florida 2021 and Louisiana 2020

Abortions for contraceptive failure totaled 471 in Nebraska (2020) and 76 in Utah (2019) while in South Dakota (2019) the reason titled, “the mother did not desire to have the child,” made up 70% of abortions in that state. It is important to note that women were able to list more than one reason for choosing to end the life of their preborn child.

Arizona abortions for 2021 have not been made publicly available, while Oklahoma’s 2021 report revealed a long list of reasons given by women seeking abortion, including that the “baby would interfere with the education of the mother” and that the “partner wants the mother to have the abortion.” 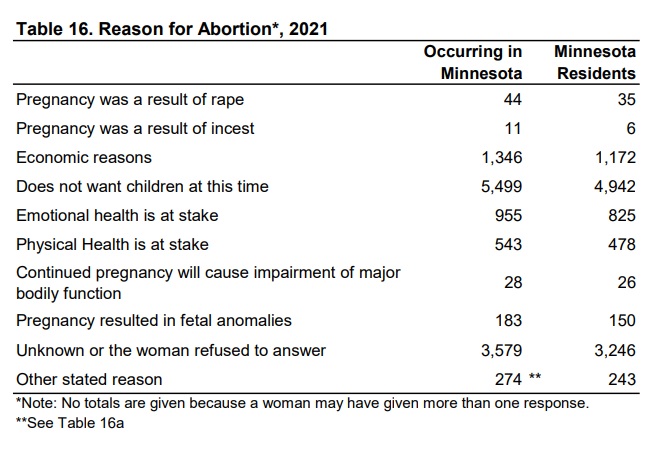 According to the pro-abortion Guttmacher Institute, as of August 1, 2022, just “16 states require providers to give some information about the patient’s reason for seeking the procedure.” The report also says just 10 states record abortions for reasons of the mother’s life or health, seven for rape or incest, 15 for health of the baby, and nine states include things like economic or social reasons.