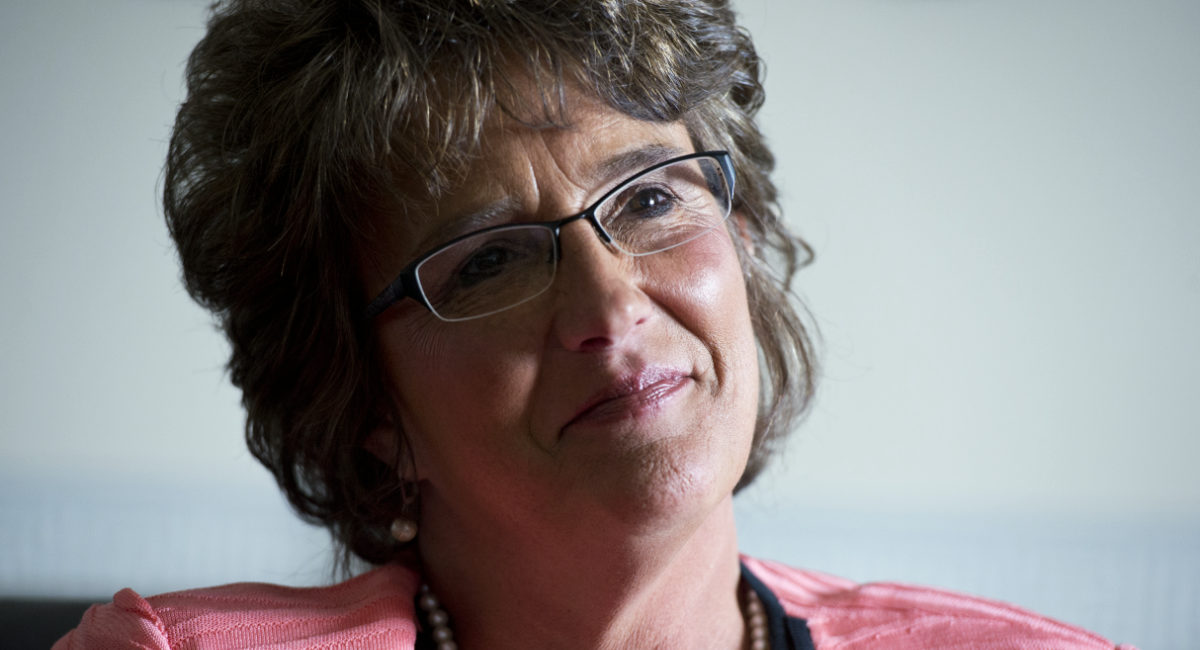 According to the local ABC station, the crash occurred at 12:30 p.m. and involved two vehicles. A northbound passenger car crossed the center line and struck the southbound SUV that was carrying Rep. Walorski and her aides. The driver of the car also died.

House GOP Leader Kevin McCarthy (R-Calif.) shared a statement released by Walorksi’s office. “It is with a heavy heart that I am sharing this statement from the Office of Congresswoman Jackie Walorski,” he tweeted. “‘Dean Swihart, Jackie’s husband, was just informed by the Elkhart County Sheriff’s office that Jackie was killed in a car accident this afternoon. She has returned home to be with her Lord and Savior, Jesus Christ. Please keep her family in your thoughts and prayers.'”

It is with a heavy heart that I am sharing this statement from the Office of Congresswoman Jackie Walorski. pic.twitter.com/UEPoKBDf5N

Rep. Walorski was a dedicated advocate for the rights of preborn human beings and women, voting to protect life, protect conscience objections, and reject taxpayer funding of abortion. She also worked to expand access to childcare and increase paid leave for working families. On Tuesday, the day before her death, Rep. Walorski was reportedly visiting Bella Vita Pregnancy Center in Knox, Indiana, a nonprofit organization that helps women who are facing unplanned pregnancies.

House Speaker Nancy Pelosi (D-Calif) praised Rep. Walorski, saying she was “admired by colleagues on both sides of the aisle for her personal kindness.” She ordered the flags at the Capitol to be flown at half-staff following news of Rep. Walorski’s death.

In February of this year, she introduced the Safeguarding Women’s and Children’s Health Act of 2022. The goal of the bill was to improve the tracking of adverse effects of the abortion pill and was designed to fill a gap in the current adverse effects reporting requirements. Only 28 states currently require abortionists to report complications, and Rep. Walorski’s bill would require that deaths and adverse effects related to abortion drugs are reported to both the U.S. Food and Drug Administration and the drug manufacturer.

“Dangerous abortion pill side effects are killing women and their children. We can’t allow deadly complications to fly under the radar. The American people need to know the truth. The Safeguarding Women’s and Children’s Health Act will strengthen transparency at the FDA and expose the true cost of these drugs,” she said at the time.

When Roe v. Wade was overturned in the June 24 Supreme Court decision of Dobbs v. Jackson Women’s Health Organization, Rep. Walorski stated, “Our prayers have been answered. […] As our mission moves to the states, we will not grow weary in doing good. Our commitment to life will march on. As one of the most pro-life states in the nation, Indiana will lead the way in defending the vulnerable, uplifting women and families, and ensuring every child has the chance to achieve the American Dream. Our enduring commitment to life will prevail.”

Her work in helping others began prior to her career in Congress. She and her husband spent four years as missionaries in Romania helping to get food and medical supplies to improvished children. She also served three terms in the Indiana Statehouse before being elected to Congress in 2012.

My full statement on the passing of Jackie Walorski, my dear friend and one of the greatest public servants I’ve ever known: pic.twitter.com/nntvYAqttb

“My heart is broken for Dean, the Walorski family, and all who knew and loved my friend Jackie,” wrote Rep. Jim Banks (R-Ind.). “Jackie was a true public servant — selfless, humble, and compassionate. She was a devout Christian, a passionate advocate for life, and a leader among Hoosier representatives. Everything Jackie did was to serve others. […] From my first day in Congress, Jackie showed me kindness and grace. She had a heart of gold, and I will miss her dearly.”