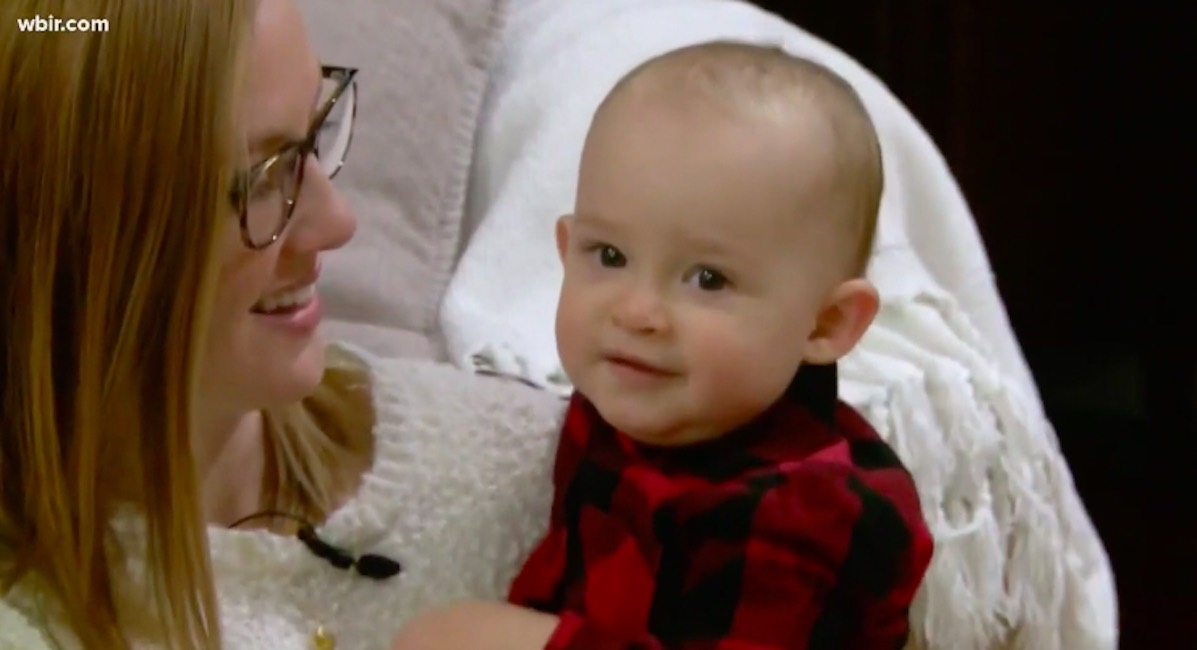 A couple in Tennessee has welcomed their second child through embryo adoption, and they broke a record in doing so. Baby Molly Everette spent an astounding 28 years as a frozen embryo, left-over from her biological parents’ IVF process.

Molly was born to her adoptive parents, Tina and Ben Gibson, on October 26, 2020, and holds the record as the longest-frozen embryo to ever be born, according to the University of Tennessee Preston Medical Library. This is not the first child the Gibsons welcomed through embryo adoption; Molly’s full biological sister Emma Wren was adopted by the Gibsons in 2017 after being frozen for more than 24 years. Molly and Emma had both been created at the same time and were frozen together on October 14, 1992 — but Molly broke her sister’s record as the longest-frozen embryo to be born.

“I think this is proof positive that no embryo should ever be discarded, certainly not because it is ‘old!'” said Dr. Jeffrey Kennan, the President and Medical Director of National Embryo Donation Center, who transferred baby Molly as an embryo to Tina’s uterus. “This is also a testament to the excellent embryology work of Carol Sommerfelt [NEDC Lab Director & Embryologist] She is perhaps the preeminent embryologist in the country when it comes to thawing frozen embryos. And of course it’s a testament to how good God is, and to His infinite goodness and love.”

“[This] shows the reason the NEDC mission is so important,” said Sommerfelt, “giving all donated embryos the best chance at life.”

The couple turned to embryo adoption after first becoming foster parents. Ben has cystic fibrosis, and 98% of men with the condition are unable to conceive children naturally. Many turn to IVF themselves to create their own genetic children, but the Gibson’s adopted five frozen embryos — genetic siblings. Three were transplanted to Tina’s uterus, which resulted in the birth of Emma. This time, the remaining two were transferred, which resulted in the birth of Molly.

“I just couldn’t believe it that I was carrying a baby,” Tina Gibson told NBC 10 after Emma’s birth in 2017. “It was just something we didn’t think would be possible to have that right in front of me and to make it tangible this year. It’s just amazing.”

Though embryo adoption is a beautiful gift, it is estimated that there are currently one million embryos frozen at fertility clinics across the U.S., revealing a significant problem with the fertility industry and IVF. Up to seven percent of these frozen human beings are considered to be abandoned by their parents, who were once desperate to have biological children but then decided they had as many born children as they wanted, and left the others behind. One clinic in Florida reported in 2019 that 21% of its embryos had been abandoned. Fertility clinics are hesitant to destroy these human beings because they don’t want to be accused of being responsible for wrongful death.

Couples with “left-over” children who do not want to give birth to them have four choices: donate their embryos to research, donate them to an infertile couple, keep them frozen indefinitely (a minimum cost of $500 per year), or transfer them to the mother’s uterus during a time in her cycle when pregnancy would be unlikely – in essence, ensuring that none survive.

NEDC has facilitated more than 1,000 births through embryo adoption and the Snowflakes Embryo Adoption Program has helped in the births of 770 children. It is estimated that of the two million embryo transfers from 2000 to 2016, about 16,000 were donated embryos. But there are millions of embryos who never get the chance to grow up.

More than one million babies are estimated to have been born in the U.S. from IVF, according to 2014 data. However, according to data from 2012, 1.7 million human embryos have been thrown away. In addition, countless embryos don’t implant or make it to full term, and there are still a million frozen, awaiting their fate. In the quest to create human life, more lives are destroyed — or don’t survive — than are actually born. One million babies born, but at least 2.7 million either destroyed or left in limbo.

This fact, along with the lack of regulation and consistent laws in the fertility industry and the consumeristic aspect of the industry, shines a light on the ethical concerns that surround IVF. When examined in the shadow of more than 61 million abortions in the U.S., it’s hard to reconcile the fact that the fertility industry is a $5.8 billion dollar industry built to create human life while the nation’s number one abortion provider, Planned Parenthood, brings in approximately $200 million from abortion alone every single year, committing 40% of all abortions in the United States.

Embryo adoption has given people like Emma and Molly the chance to live out their lives. Millions of others won’t receive that chance.