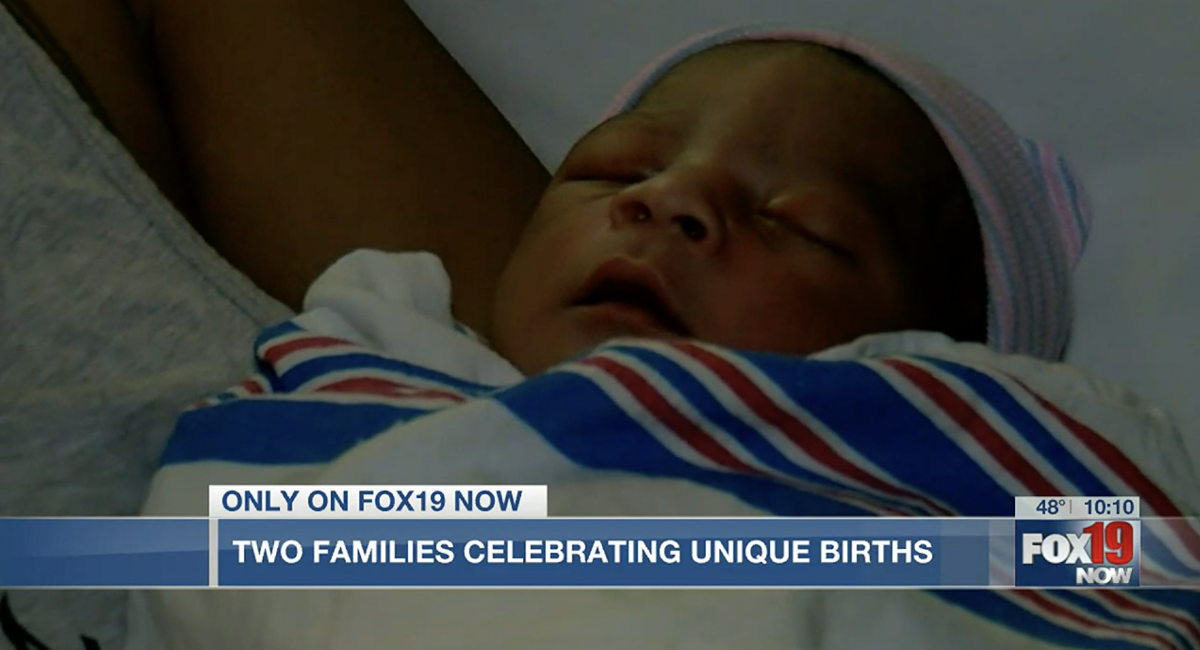 Two Connecticut families found themselves at Mercy Health Fairfield Hospital in Cincinnati after their babies decided they were ready to burst into the world and embrace their new lives outside the womb. These babies were very much set on arriving — whether their parents were ready for them or not!

In the case of Kelli and Ryan Emge’s preborn daughter, Rebecca, the fact that her parents were driving on the highway to the hospital was not enough to dissuade her from deciding it was time to be born. According to Fox 19, the pending arrival of their child, apparently sooner rather than later, forced the parents to improvise while driving on the road.

“Rebecca made it evident that she was coming and not waiting,” Kelli said. This prompted the mother and father duo to take action and prepare for the moment when their daughter came.

“Real quickly, [Kelli] took her seatbelt off, put her knees on the seat facing the back and started giving birth in the passenger seat while I was driving on the highway,” Ryan recalled. “I had kind of a freak-out and I was like, ‘Honey, do you want me to pull over? What do I do here?’ And she’s like, ‘No, keep going, we need to get to the hospital.'”

With one hand still on the wheel, Ryan did the only thing he could when his daughter was born. “The baby started coming out, so I just reached over with my hand and I caught the baby,” he said.

Despite his impressive catch, the husband took the time to praise his wife for how she handled herself during a time when it would understandably be easy to feel anxious. “It was, like, the most impressive thing I’ve ever seen,” Ryan said about his wife, praising her for how composed she was during such an intense situation for them both. “She just handled the whole thing.”

The Emges were not the only ones whose little one was determined to set out into the world outside the womb, however. It seems Kenariye Delaney’s son shared Rebecca’s impatience and eagerness to begin the next chapter of his life. As Fox 19 noted, Delaney had always wanted to have a home birth.

“But I didn’t expect it to happen that way,” Delaney said.

After experiencing false labor for a period of several days, the expectant mother knew on Friday that her baby was coming. As Delaney’s partner called an ambulance, her son decided that was too long to wait. “He came within five minutes of that phone call,” Delaney said. Fortunately, the ambulance arrived two minutes later and provided medical assistance.

Due to the circumstances surrounding their babies’ arrival, both families said they’re grateful for the lack of postnatal complications, according to Fox 19.

Both stories are a reminder of life’s unexpected surprises. But even when things may not go as planned, there is no greater gift for families than the arrival of a new human life into the world.