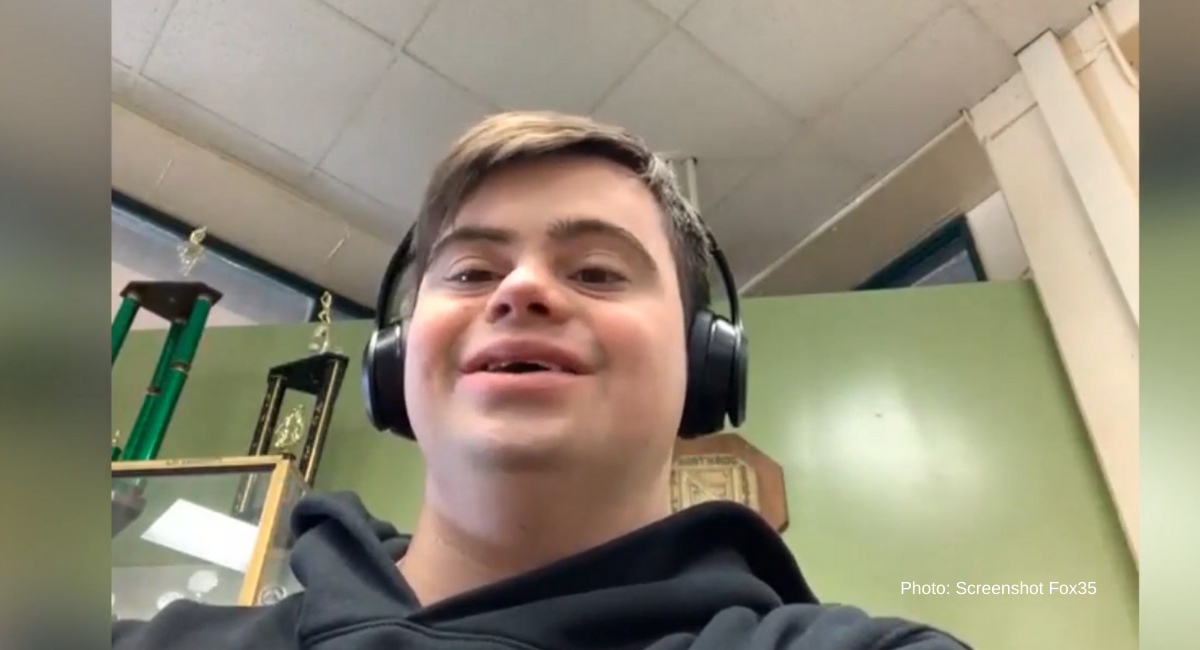 The story of a Florida teenager with Down syndrome shows that a disability should never stop someone from pressing forward with trying to achieve their dreams.

According to FOX 35 Orlando, 19-year-old Arik Ancelin was up on stage alongside musician DJ Nitti in Orlando at the Gilt nightclub this weekend. In front of a large crowd, the duo performed their newest song, “True Colors,” which appears to hold a personal meaning for both of them, albeit in different ways.

Even though Ancelin has Down syndrome, he can still achieve great things. For him, the song’s lyrics convey a message about his desire to be different and show his true colors.

READ: Mentor inspires 14-year-old with Down syndrome to complete mini-triathlon

“I want to be one of the biggest disability rappers, and I want to be an inspiration to all types of people,” Ancelin said.

Speaking with the outlet, DJ Nitti revealed that the song also holds a special meaning to him because of his cousin, who has autism.

“It’s actually very close to my heart to be able to work on music, especially with someone with a disability. And, to treat everyone equally. It’s a message that is right up my alley, and it means a lot to him to sing about it. So, I wanted to help him get his message out,” Nitti said. “Arik is one of those kids that’s like, ‘I just wanted to work with him because he’s such a cool kid.’”

This is not the first time that FOX 35 Orlando has reported on Ancelin accomplishing a major goal. Back in May, the teenager was in the news cycle after he earned a third-degree black belt in Taekwondo, an achievement he also hoped would inspire others. Ancelin practiced the martial art for 11 years before obtaining the belt.

According to Master Jason Watson of Watson Martial Ares, the teenager may be the first person with special needs to accomplish such a feat. “We don’t change the curriculum, or we haven’t for Arik. He’s done everything that kids who don’t have special needs do,” Watson said.

For Ancelin, the third-degree black belt is a reminder of what people like him can accomplish, regardless of a disability.

“This belt makes me more proud of myself,” he said, hoping his story will inspire others like him to remain dedicated to achieving their goals. “I want you to make your dreams happen. I want them to do what will make them happy.”