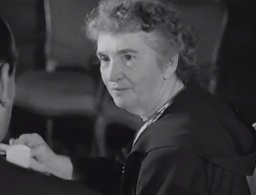 It’s that time again: time for Planned Parenthood’s Maggie Awards. The Maggie Awards were founded in 1978 to “recognize exceptional contributions by the media and arts and entertainment industries that enhance the public’s understanding of reproductive rights and health care issues, including contraception, sex education, teen pregnancy, abortion, and international family planning.”

Previous recipients of the award include abortion advocate Nancy Pelosi, who argued that abortion is sacred, and Melissa Harris-Perry, who notoriously wore tampons as earrings and claimed that life begins whenever you feel like it does. Their newest recipients are cut from a similar cloth.

Jessica Valenti was “honored” by the Maggie Awards for her pro-abortion column in The Nation.

Jessica Valenti, founder of Feministing and a NARAL board member, is the woman who demands that abortion not only be legal, but free and on demand at any time, for any reason. The majority of Americans disagree with her, of course. She reacted to the Hobby Lobby ruling by trying to argue that sex is a human right, or something, and by saying that abortion advocates should organize a “safe sex f***-in” at Hobby Lobby stores. 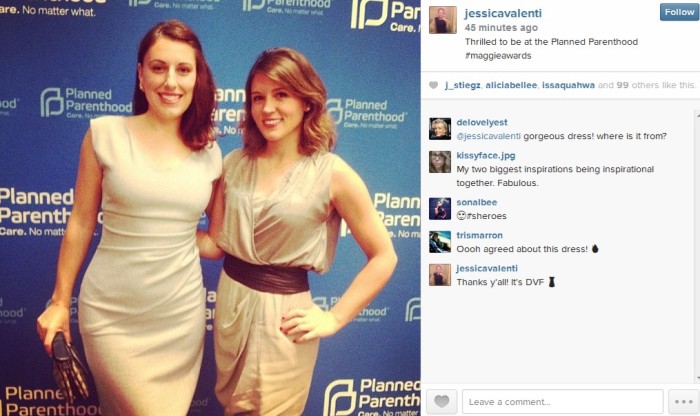 Also recognized was Cosmopolitan Magazine, that bastion of feminism and “women’s health”.

And the #MaggieAwards go to… @saradaustin and @Cosmopolitan for their fearless coverage of women’s health and rights. Awesome!

Cosmo is the magazine that described a man supporting a woman’s abortion as a heroic act. It’s the magazine that features stories about aborting disabled babies as a way to argue for the legality of late-term abortions. What are the stories that makes Cosmo so excellent? Well, Life News has a few examples:

It’s hard to tell which Cosmo piece contributed most to earning this honor – though there are several to choose from, including ones calling the wait for sex until after the second date “100% outdated,” noting “cool” women go to strip clubs, highlighting how abortion can strengthen relationships and, more recently, publishing sexual positions for lesbians. Or maybe the recognition came from hosting the “2014 Sex Olympics” and the “Holiday Sextacular” of “Twelve Days of Sex Moves.”

Here’s a question: should Maggie Award recipients really be proud to be honored by an award named after Margaret Sanger? Sanger, the founder of Planned Parenthood, was a racist eugenicist who argued that certain groups of people never should have been born, and suggested that the government put birth control chemicals in the water in areas dominated by minorities.

Sanger also advocated for a law that would ban women from having children unless they received a permit from the government first, and for forced sterilization of groups that Sanger didn’t think deserved to breed. New footage of Margaret Sanger was also uncovered, where she chillingly advocated that women not be allowed to have any more babies. She argued that people with large families should kill infants.

Is receiving a Maggie Award really much of an honor? Or is it a horror? It says a lot about these people that they would celebrate receiving an award named after a woman who left behind such a despicable legacy.

Planned Parenthood and its defenders — people like Jessica Valenti and the editors at Cosmo — will ignore everything negative about Margaret Sanger. Her abhorrent views will be swept under the rug, because she had one thing going for her, and that’s being the foremost American advocate for abortion and birth control.