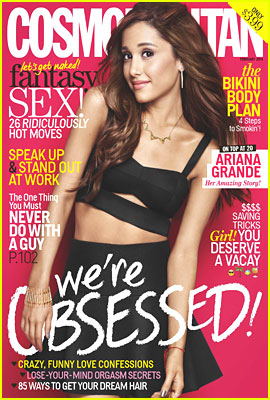 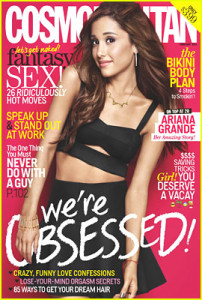 Cosmopolitan attempts to address abortion from a complex standpoint with its January 21 piece “How Our Abortion Changed Our Relationship.” Although the abortions had various effects for the four couples, the end result remained that a baby’s life was lost. Cosmopolitan also remains committed to abortion.

The piece closes with a hotline, Exhale After-Abortion Talk Line, which is described as “agenda-free counseling.” Katie Yoder, with her piece for Newsbusters, found that Exhale is not so “agenda-free” after all, with its sponsors funding abortion.

Amanda Kifferly, the director of patient advocacy for The Women’s Center, which operates clinics in four states, gives her take on the role of men, in that they “care deeply about the women getting an abortion.”

Kifferly’s assertion may be too idealistic. If men really did “care deeply,” would they encourage the mothers of their children to end the lives they created together? Would women feel the need to abort if they had more support from these men?

Cosmopolitan portrays a man’s involvement in supporting abortion as a sort of heroic act:

And yet men rarely are asked about their experience — even though they likely bought the pregnancy test, shielded a girlfriend from protesters, held her hand during the procedure, or cared for her afterward.

Saying that men “likely” do these things downplays the stark reality. Unchoice.com has a special report on “Forced Abortion in America” from the Elliot Institute, an organization dedicated to research and education on the impact of abortion. As the fact sheet sums up, “Husband or boyfriend persuaded me” is listed towards the top for “Reasons women give for having abortions.” It is also mentioned that “In 95% of all cases, the male partner played a central role in the decision, 45% of men interviewed at abortion clinics recalled urging abortion, including 37% of married men. In the above study, men justified being the primary decision maker, regarding the abortion.”

While only one of the four couples Cosmopolitan featured broke up, this is the more common outcome. Texas Right to Life mentions that research from Emily Milling, who studied over 400 couples who had an abortion, found that 70% of relationships ended within one month of the abortion. Abortion does not often, and in fact rarely, strengthens a relationship, but rather tears it apart.

The piece references people sharing their experiences, yet there is no mention of groups which invite women and men to share their abortions to find healing, like Silent No More. Cosmopolitan instead references Cecile Richards, CEO of Planned Parenthood, giving her take on the need for stories:

“…The more people tell their personal stories the better. It gets these conversations out of the political realm and into people’s real lives.”

It is curious that Richards talks about getting “these conversations out of the political realm…”considering her own political experience, particularly with the current administration. Planned Parenthood has also become quite political and spent $15 million on Obama’s re-election.

Two of the women featured in Cosmopolitan suggest they will still have children. Cindy ends her story by saying she wants to be a mom “one day.” To Cindy, “the right time [is] when the idea of being pregnant gets me excited.” Brittany closes that she and Brandon are “ready to start a family.”

Children are not only conceived when couples are “ready to start a family” or “when the idea of being pregnant gets [the mother] excited.” And, abortion, especially multiple ones, as Cindy has had, may make women infertile, according to an article from JustMommies.

The last story features a couple who aborted their child diagnosed with a mass on his neck. Emily claims she “knew that an abortion was the most humane thing for baby Aaron Jack” and her husband Dave recalls her saying “I don’t want him to suffer.” Abortion was not humane for Aaron Jack, as it never is for any baby. He was condemned to suffer a painful death.

Regarding their daughter, Hannah, Dave mentions “[s]he would not be here if we hadn’t lost AJ.” It is unfair, to both children, and illogical, to justify the existence of one child with the termination of the other.

The couple ends their story as Cosmopolitan began, with politics, as Emily tries to argue politics “shows a misunderstanding of why people choose abortions…”

No matter the reason for an abortion, the fact never changes that this “choice” results in the death of another human being. Abortion is a moral issue. It has become political within the limited confines of Roe, with campaign platforms dedicated to upholding or overturning it. Those brave few in public office protecting life do so to ensure that all of us are granted by the inalienable right to life, as without this right, all others are meaningless. Those who advocate for abortion have twisted our political system and what constitutes a right.