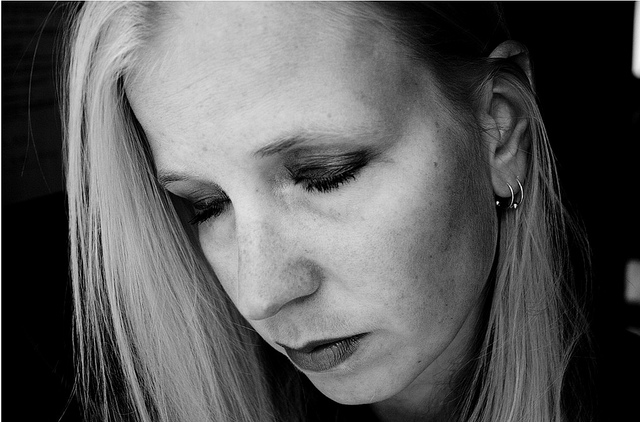 It was the early 1980s when 19-year-old Terry Ann Adams discovered she was pregnant by her older boyfriend. Their relationship had been long-term and though he initially spoke of marriage, after Terry became pregnant, he ultimately changed his mind and told Adams that she should abort their baby. Reluctantly, she agreed to the abortion. It’s a regret she now lives with every day, more than 35 years later.

Her boyfriend was a “rising star in the music industry” at the time, even touring with 1980s-star Billy Idol. When he told Adams that he wanted her to have an abortion, she was afraid that he would find his fame and leave her and their child behind. Fear, she says, is what pushed her to have the abortion — fear of abandonment, fear of losing her job, and fear that her parents would be upset with her, especially her emotionally fragile mother.

“We both decided on abortion, though I was more reluctant and I would have kept the baby if he was supportive, I’m sure,” Adams told Kayla Nichols during a Virtuous Mama Ministries podcast for Sanctity of Life Sunday. “[…] I am sure if there was a pregnancy center — Christ-centered one like there are so many now — alternative listed in the phone book, I would have called them for sure.”

But feeling as though she had nowhere else to turn and no other choice to make, Adams went with her boyfriend to Planned Parenthood of New York City. She was struggling and feeling ambivalent, but he was “dead set” on going through with it.

“I remember looking around the outside of that tall cement building hoping that someone was there to help me somehow,” she said. “[…] I was having doubts and I started crying and said, ‘No. I don’t want to do this.’ And my boyfriend disagreed. And I remember him holding my hand tightly, kind of pulling me along the streets of New York.”

Adams said there were quite a few girls at the clinic, some who spoke nonchalantly about how many abortions they had had and one young girl with an older man – both of them sitting silently.

“They moved people along very quickly there,” she said of her experience at Planned Parenthood. “My boyfriend paid, you know, two hundred dollars to the secretary. When they called me in, he couldn’t go with me.”

After she had changed into the hospital gown, Adams began to cry and asked Planned Parenthood staff if she could speak to her boyfriend. They refused, telling her it was better if she didn’t. Later on, she learned that her boyfriend could hear her crying and tried to see her but was stopped by the clinic staff. Adams became so distraught, in fact, that she asked to be knocked out for the abortion. She remembers the abortion workers leaving to ask her boyfriend for more money to pay for the anesthesia. No one ever spoke to her about the procedure or the risks involved but did ask if she liked to get high on drugs, telling her that the anesthesia would feel just like that.

After it was over, Adams awoke in a cold, windowless, “creepy” room with about 10 other women. One of them told her she had been crying in her sleep. She was told by staff that she might experience cramping and bleeding but no one said anything about emotional effects or any potential complications that might occur as a result of the abortion. She was given birth control pills and sent on her way.

“It would be more complicated to get your teeth cleaned than what this was like, getting an abortion at Planned Parenthood,” she said.

A week later, her boyfriend left her.

“My world was built on sand, not the Lord Jesus Christ that I did not know. And it fell apart,” she said.

Feeling like she couldn’t tell anyone what she had been through, Adams was weighed down by the guilt and remorse she was feeling. She called Planned Parenthood hoping to talk to someone.

“The woman was kind and said, ‘Do you know how many calls I get like this a week after a woman’s done this?’” explained Adams. “She said to find someone to talk to.”

Even the organization that had aborted her baby wasn’t willing or able to help Adams. She dropped out of college and returned home. Her parents were suspicious that she had been pregnant, and her father came right out and asked her about it, but she denied it. She turned to a feminist health center in her hometown hoping to find support there, but the doctor only asked her why she would have gone to “such an awful place like Planned Parenthood.”

Weighed down by her secret, Adams’ suffering escalated. She hadn’t slept in over 24 hours when she had an emotional breakdown at work. She became incoherent and her boss called an ambulance. Her family doctor had her committed to a psychiatric hospital. When Adams attempted to leave the hospital, she was put in four-point restraints. When her parents brought her younger brother to visit him, she threw water at him. When she spoke to the hospital social worker about why this was all happening she was told that she wasn’t alone.

READ: What you need to know about abortion you can learn from women who have had one

“She said I wasn’t the only woman who landed in the hospital for psychiatric care after an abortion,” said Adams. “She said, ‘It’s a sign of your humanity… It’s not a sign of weakness.’”

Soon Adams became tortured by the questions of why she had gone through with the abortion and how her boyfriend could have been so selfish, as well as how she could possibly go on living. She became paranoid that the nurse was telling other patients about her abortion. Finally, she was diagnosed with post-traumatic stress disorder as a result of the abortion, what is now labeled by many today as post-abortion syndrome. Now having a reason behind her depression and intense suffering, she began cooperating, taking her medications and exercising.

As she continued to heal, Adams was released from the hospital and returned to work. She visited the psychiatrist for follow up appointments and through the urging of family and strangers alike, began to build a relationship with Jesus. Although she was making steps towards a better life, Adams was still living what she calls “the party life” full of drinking, drugs, and nightclubs.

Eventually, Adams moved far from her hometown and met someone to whom she became engaged at the age of 24. Ultimately, she broke off the engagement but soon after discovered she was pregnant.

“I realized, like several other women I met, that later on, soon after [the abortion], I left myself open to a second pregnancy thinking it would help me recover from the profound loss and regret of the abortion. But it didn’t,” she said.

Adams found a home for unwed pregnant women, and with the support of her parents, decided not to place her baby for adoption but to raise him herself. She graduated from the program for unwed mothers, and after her baby was born she moved into a home with a Christian family until she was able to get back on her feet.

In taking steps towards healing, Adams named and wrote a letter to the baby she aborted, as well as a letter to that baby’s father asking for forgiveness for her role in the abortion. She began volunteering at a pregnancy resource center.

“Abortion being legal isn’t to the primary benefit of women,” she said. “Nine out of 10 women that I encountered, including again from my own experiences, would have given birth if the father of the baby was completely supportive. I feel as though legalized abortion is really to the benefit of men being able to bow out of the responsibility to the woman and child.”

She says that out of the approximately 150 women who came through the pregnancy resource center doors each year, only about five of them had boyfriends or husbands who wanted to keep their babies. The majority of women who face unexpected pregnancies, she says, choose abortion because they don’t have the support of the baby’s father.

READ: Where can women like Candace get help when they’re being forced to abort?

Today Adams has three children and is grateful to have two young women in her life who are the age that her child would have been. She calls them “a blessing from God.” She calls her abortion “a regret” and “a pain in my heart.” She wishes a pro-life activist had been present to help her on that day that she went to Planned Parenthood.

As for Planned Parenthood, she says that they are a business and abortion is nothing but a business transaction they are working to complete.

Planned Parenthood, she says, uses tactics “of discouraging us from seeing each other so we wouldn’t change our minds.” she said. “[…] For many years, I felt as though like I just was a business, not someone in crisis who needed help and knowledge about alternatives as a woman.”