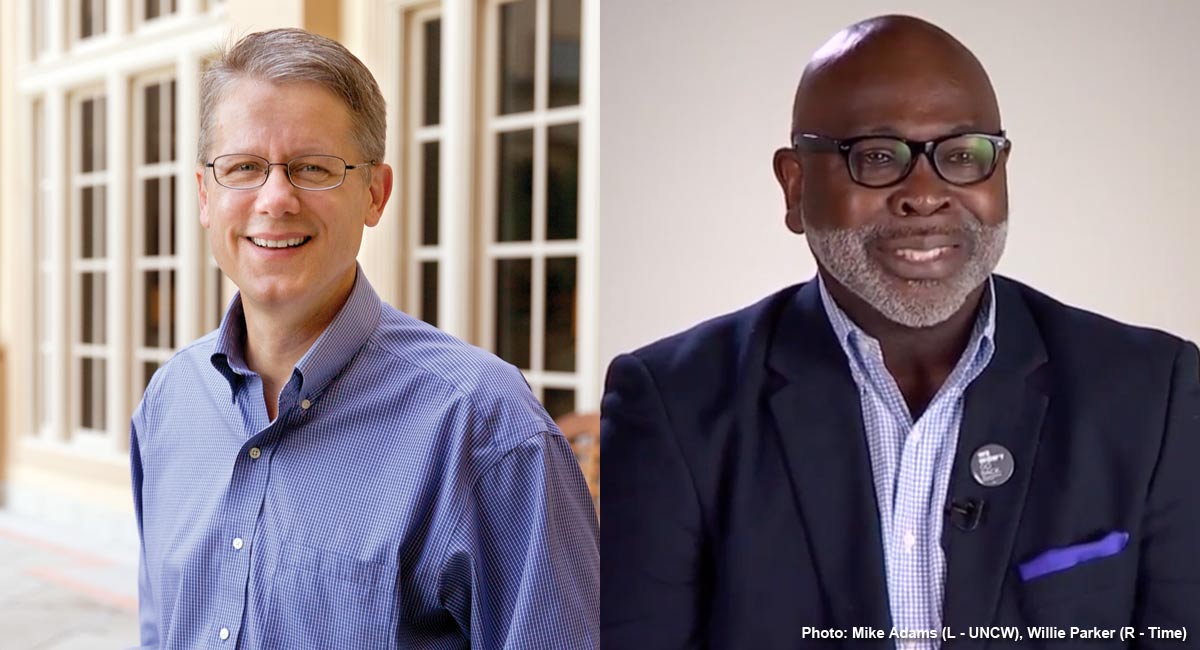 On Thursday, February 21, 2019, a debate will take place between a professor of criminology and an abortionist on the campus of the University of North Carolina-Wilmington. The Warwick Ballroom will seat 600 people on this secular campus, and Dr. Mike Adams, a professor and popular columnist and author, believes that the room will be filled to hear him debate Dr. Willie Parker, a late-term abortionist who claims to be a Christian.

Parker, infamous for likening himself to great historical figures such as Rev. Dr. Martin Luther King, Jr. and Jesus Christ, is a combination of abortionist and public relations rep, frequently making the rounds on TV as an apparent spokesperson for the abortion industry. What makes Parker even more chilling to some is the soft and nonchalant way he discusses abortion — though he doesn’t typically describe the process. And in the past, Parker has claimed that seeing aborted baby body parts doesn’t bother him, as he’s “not deluded about what this whole process is.”

According to Dr. Mike Adams, Parker “has an absolutely incoherent worldview.” His intent in the debate, he told Live Action News, will be to “get to the heart of what [Parker] does” for a living. “I will be calm but quite graphic in describing what he does,” says Adams, noting that Parker claims to abort children up to 25 weeks of pregnancy — beyond ‘viability.’ What Adams plans to put forth in the debate should be very relevant to the current “late-term abortion” discussions happening in the media.

The debate is being sponsored by Summit Ministries and Ratio Christi, a campus apologetics group, and will be moderated by a representative from Ratio Christi. The entire debate, including a question and answer session, is expected to last around two hours or so, and will consist of 20-minute presentations by Dr. Adams and Dr. Parker, a 10-minute rebuttal for each, a cross-examination period for each, and lastly, the Q&A session. The debate will be recorded for future viewing. (Sign up to watch the debate Live Stream here.)

Dr. Adams told Live Action News that he expects that Parker will, as he has done quite often, “play the race card, he’ll play the attacking women card….”

“He’ll be actually the first [abortionist I’ve debated],” Adams said. But Adams has had one other abortion debate. He would have done more, but said he’s “had about five or six people drop out in the research process…. I think they figured out that I can be aggressive in my columns, but… as a speaker and debater I’m not as aggressive at all. I actually have a very different approach. So I’ve had numerous people drop out.”

In Parker’s book, said Adams, he contradicts himself many times. Adams has done a great deal of research on Parker’s views, and told Live Action News that the abortionist frequently suggests that there is a difference between personhood and humanity. “He loves to say that ‘baby’ is an inflammatory term, and [claims] ‘I’ve never killed a baby.'” But Adams intends to prove otherwise.

“I heard an interview of his and I decided to read his book,” said Adams. “It’s a very strong moral obligation that I’ve got to respond” to Parker’s claims that abortion is moral — even Christian. “When Jesus asked the question, ‘Who is my neighbor?’ my answer, of course, is ‘the unborn is my neighbor,’ and so I can’t be passive in light of what [Parker] has said.”

Adams hopes that a good number of the student population at UNCW will attend, but there’s no guarantee. “They’re ripping down posters left and right… the Left is, and they’re defacing them and so forth, but the good news is, it is absolutely going to be preserved on tape, and so in that sense, we can hopefully reach a lot more people. I’m sure we will,” he said.

Adams told Live Action News, “[Parker’s] book is called ‘Life’s Work,’ and I want people to walk out knowing that my life’s work is different from his. We both have doctorates but I use my doctor of philosophy to dismember arguments; he uses his doctor of medicine to actually dismember human beings.”

Sign up to watch the debate Live Stream here.