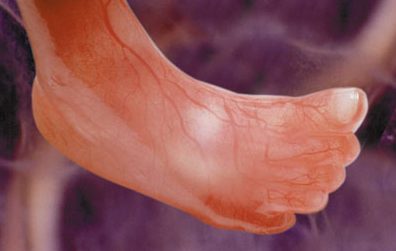 READ: ‘I could have legally dismembered’ preemie if still in womb, says abortionist

In a D&E, the abortionist tears apart the baby with forceps. One former worker, Brenda Pratt Shafer, describes witnessing a D&E under ultrasound guidance:

Guided by ultrasound, the abortionist grabbed one of the fetal legs with his forceps. He clamped down hard and with a twisting and tearing motion, ripped the leg from the little body. He brought it out and threw it in the pan beside me. I stood in horror, as I looked at that little leg in the pan with perfectly formed toes! … The next time he went in, he tore off an arm with hands and little fingers! I could see the fetus on the ultrasound screen trying to get away from the forceps! Then I no longer saw the heartbeat on the ultrasound screen. (The sound was purposely turned off, so the mothers could not hear the heartbeat.) …  He continued to do this until he had all the extremities out and placed in the pan. He then snapped the fetal spine with the forceps. Reaching in again and again, he brought out the other pieces of the fetus/baby. Sometimes I could see the intestines or other internal organs as he brought them out …..

After crushing the head with the forceps, he then pulled it out and threw it in the pan with the rest of the baby parts. (1)

Harris does these abortions on a regular basis. In her article in Reproductive Health Matters, she says (emphasis added):

Currently, the violence and, frankly, the gruesomeness of abortion is owned only by those who would like to see abortion (at any time in pregnancy) disappear, by those who stand outside clinics and in front of sports arenas holding placards with pictures of fetal parts and partially dismembered fetal bodies. The pro-choice movement has not owned or owned up to the reality of the fetus, or the reality of fetal parts.

Since the common anti-abortion stance is that the fetus has a right to life, those who support abortion access necessarily deny such a right. However, in doing so, the fetus is usually neglected entirely, becomes unimportant, nothing.

Instead of acknowledging what is on the placards, abortion rights activists may say in response to them that they are fake pictures or that abortions don’t really look like that. However, to a doctor and clinic team involved in second trimester abortion, they very well may. (2)

In this passage, Harris admits that abortions (like the ones she commits) really do look the way pro-lifers portray them. She admits that pro-choice activists ignore the baby and pretend the violence of abortion does not exist. She goes on to say:

Of course, acknowledging the violence of abortion risks admitting that the stereotypes that anti-abortion forces hold of us are true – that we are butchers, etc…. Frank talk like this is threatening to abortion rights. While some of us involved in teaching abortion routinely speak to our trainees about the aspects of care I’ve described, we don’t make a habit of speaking about it publicly. Essays like this bring the inevitable risk that comments will be misinterpreted, taken out of context and used as evidence for further abortion practice restrictions. 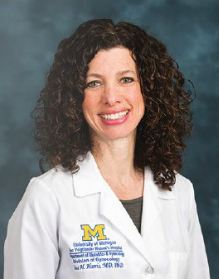 It’s hard to find published sources of abortionists speaking as frankly as Harris does. Harris explains that this is because they realize that by simply being honest, they reveal how bad abortion is. In public, abortionists often resort to lies and euphemisms in order to protect the so-called right to choose. Harris also says:

It is worth considering for a moment the relationship of feminism to violence. In general feminism is a peaceful movement. It does not condone violent problem-solving and opposes war and capital punishment. But abortion is a version of violence. What do we do with that contradiction?

Harris never answers this question. But indeed, it is a contradiction. The original feminists — Elizabeth Cady Stanton, Susan B .Anthony, and others — opposed abortion. The pro-abortion viewpoint contradicts the ideal principles of feminism, making pro-life feminism the most non-hypocritical and pure form of feminism.

Harris’s words show how violent and terrible abortion is, despite what pro-choice people may say to paint it in a positive light.