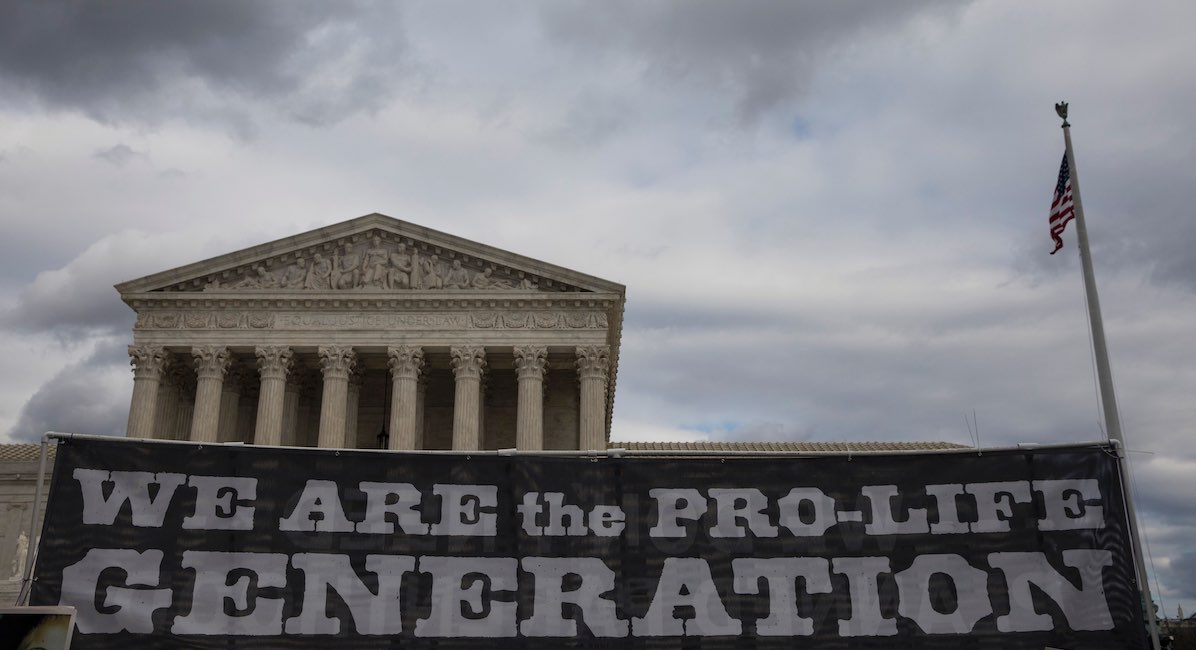 For all the chaos of the year that was 2020, gains were made toward saving the lives of preborn children. But as Americans head into 2021 and face what may end up being the most pro-abortion presidential administration in U.S. history, pro-lifers must come together and become the community that women need in order to confidently choose life for their children.

There’s a saying believed to be an African proverb, though an accurate attribution has yet to be given to a specific country or region. “It takes a village to raise a child” has been “used to the point of cliché,” said scholars after Hillary Clinton used the proverb to title her 1996 book. However, while Americans like Clinton have used the saying to imply that children don’t belong to parents but to the “state” or to the community, a necessary component of the proverb is common morality. Lawrence Mbogoni, an African studies professor, told NPR:

Proverb or not, “It takes a whole village to raise a child” reflects a social reality some of us who grew up in rural areas of Africa can easily relate to. As a child, my conduct was a concern of everybody, not just my parents, especially if it involved misconduct.

Any adult had the right to rebuke and discipline me and would make my mischief known to my parents who in turn would also mete their own “punishment.” The concern of course was the moral well-being of the community.

The point is that everyone in the village had the same moral beliefs, unlike the so-called “village” of American society. But a basic common belief system does exist in the pro-life community which, at its core, says that abortion is both a moral wrong and legalized murder. While true pro-lifers may disagree on other social issues of our time, they all agree on this. Building the pro-life community into a village for women is a necessary step towards making abortion unthinkable.

While it is vital to continue to work towards criminalizing abortion throughout all 40 weeks of pregnancy, this may prove to be a longer haul than helping individual women to choose life and changing hearts and minds on abortion — especially as pro-lifers face a heavily pro-abortion presidential administration.

Changing hearts and minds on abortion can and does happen through various means: political efforts, sidewalk counseling, the work of pro-life pregnancy centers, the distribution of educational news and videos, and peaceful activism. Each of these aspects of pro-life work and volunteerism is essential to educating Americans on the ever-growing body of knowledge about life inside the womb, teaching Americans about the horrors of abortion procedures, and informing them of the assistance available to women and families facing unplanned pregnancies.

In all of this, it is absolutely vital for the pro-life community to treat women who have chosen abortion or are considering abortion as the valuable human beings that they are.

Post-abortive women and men can be powerful pro-life voices

The abortion industry has done an excellent job of destigmatizing abortion and making women feel that they should have abortions and only feel positive about them. But that’s not how women typically feel about abortion. According to a 2017 study published in the Journal of American Physicians and Surgeons, nearly three-quarters (73.8%) of women who have undergone abortions and sought post-abortion care say they did so because they were under some form of pressure to abort. Nearly 60% said they had an abortion to try to please someone else — a sign that their partner or family members were pressuring them. About 30% said they were afraid their partners would abandon them if they didn’t abort their children.

“These findings are alarming,” said Population Research Institute President Steven Mosher. “They suggest that a substantial number of women in America today who supposedly ‘choose’ abortion are actually being pressured into it by their husbands, boyfriends, or family members.”

These women are at a high risk of depression, alcohol use, drug use, suicidal thoughts, and suicide. Rather than push them away, advocate for their imprisonment, or call them murderers, pro-lifers should be welcoming them and helping them.

A woman who has lived through the trauma of abortion is one of the most powerful voices speaking against abortion. So is a man who has lost a child to abortion and mourns that loss. The abortion industry desperately tries to silence and ignore women and men who have survived such an ordeal and speak out against it.

But these voices must be heard, and pro-lifers must support them because their stories can help others avoid a similar fate.

There are a variety of ways pro-lifers can come together and help to shift the culture in 2021 toward life for the most vulnerable human beings. Sidewalk counselors can help lead women and men away from abortion by maintaining a peaceful presence outside of abortion businesses. Helping women and their partners to address the concerns that are pushing them towards abortion can ease their minds and allow them to openly and freely choose life. When women don’t choose life, they may reach out to those sidewalk counselors for help in overcoming the trauma they have endured.

In addition, pro-lifers can volunteer at or open new pregnancy resource centers to provide help for women, men, and their babies. Providing them with baby gear, diapers, parenting classes, securing medical care, securing housing, and countless other ways that pregnancy resource centers can relieve the fear that women and their partners are feeling will help save lives.

Though pro-lifers may not agree on every social issue, the best way to end abortion in America is to unite, offer support to women and men both during pregnancy and after, and educate, educate, educate.

It will take a pro-life village — one built on shared pro-life morals and compassion — to change the culture and make abortion unthinkable.